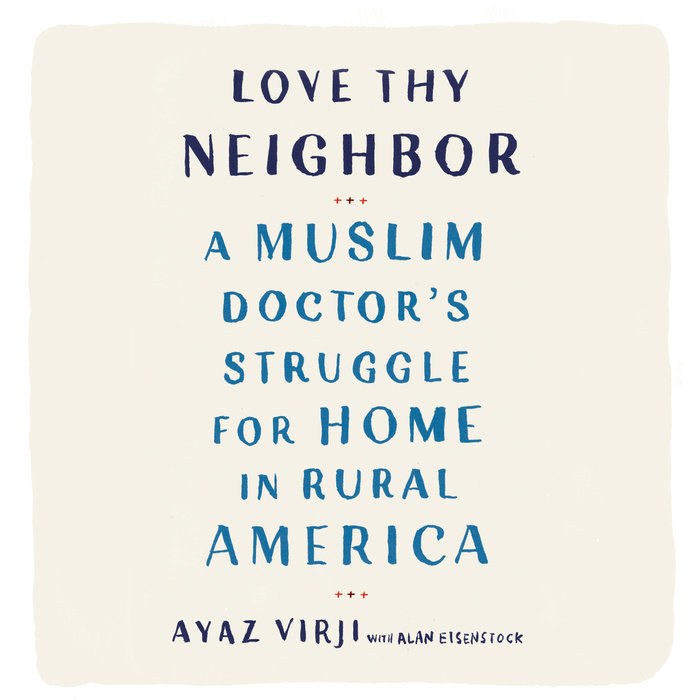 In 2013, Ayaz Virji left a comfortable job at an East Coast hospital and moved to a town of 1,400 in Minnesota, feeling called to address the shortage of doctors in rural America. But in 2016, this decision was tested when the reliably blue, working-class county swung for Donald Trump. Virji watched in horror as his children faced anti-Muslim remarks at school and some of his most loyal patients began questioning whether he belonged in the community.

Virji wanted out. But in 2017, just as he was lining up a job in Dubai, a local pastor invited him to speak at her church and address misconceptions about what Muslims practice and believe. That invitation has grown into a well-attended lecture series that has changed hearts and minds across the state, while giving Virji a new vocation that he never would have expected.

In Love Thy Neighbor, Virji relates this story in a gripping, unforgettable narrative that shows the human consequences of our toxic politics, the power of faith and personal conviction, and the potential for a renewal of understanding in America's heartland.
Read More
“So many narratives about rural America in the wake of President Donald Trump’s election have been told through the eyes of the white working class. Yet Ayaz Virji’s memoir as a Muslim doctor in small-town Minnesota offers a revealing perspective that challenges us to think more broadly about community and faith in Trump Country, where the author chronicles the conflicts between his calling to practice rural medicine and find acceptance in his religious identity.”—Minneapolis Star Tribune

“Clear-eyed . . . Written in powerful vignettes that jump easily from flashback to present . . . Virji shows the community work he—and many others—are doing to combat a negative political climate through education and outreach. This is a vivid account of one man’s efforts to make sense of political tensions, racial hatred, and religious misunderstandings.”—Publishers Weekly (starred review)

“Both candid and compelling, Virji's book is strong medicine for an age plagued by the ills of xenophobia, misinformation, and distrust. A courageous and necessary memoir in troubling times.”—Kirkus Reviews
Read More