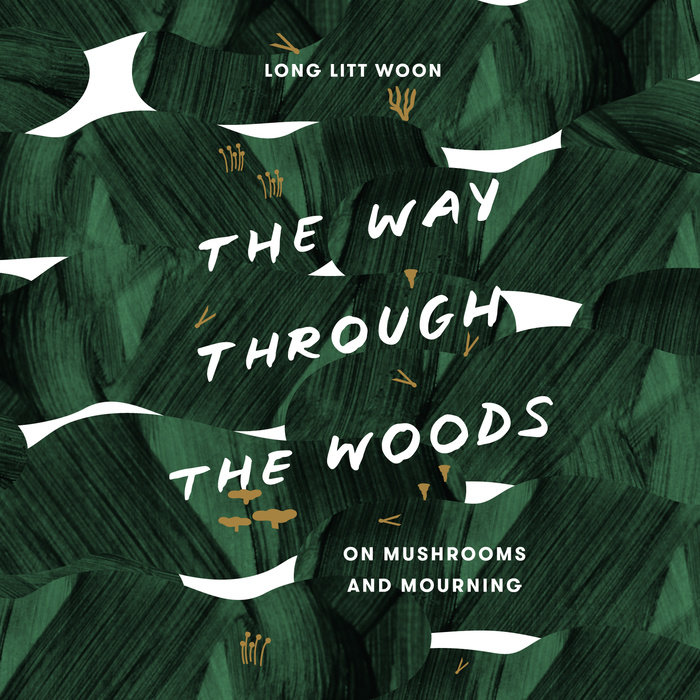 “Moving . . .  Long tells the story of finding hope after despair lightly and artfully, with self-effacement and so much gentle good nature.”—The New York Times

Long Litt Woon met Eiolf a month after arriving in Norway from Malaysia as an exchange student. They fell in love, married, and settled into domestic bliss. Then Eiolf’s unexpected death at fifty-four left Woon struggling to imagine a life without the man who had been her partner and anchor for thirty-two years. Adrift in grief, she signed up for a beginner’s course on mushrooming—a course the two of them had planned to take together—and found, to her surprise, that the pursuit of mushrooms rekindled her zest for life.

The Way Through the Woods tells the story of parallel journeys: an inner one, through the landscape of mourning, and an outer one, into the fascinating realm of mushrooms—resilient, adaptable, and essential to nature’s cycle of death and rebirth. From idyllic Norwegian forests and urban flower beds to the sandy beaches of Corsica and New York’s Central Park, Woon uncovers an abundance of surprises often hidden in plain sight: salmon-pink Bloody Milk Caps, which ooze red liquid when cut; delectable morels, prized for their earthy yet delicate flavor; and bioluminescent mushrooms that light up the forest at night.

Along the way, she discovers the warm fellowship of other mushroom obsessives, and finds that giving her full attention to the natural world transforms her, opening a way for her to survive Eiolf’s death, to see herself anew, and to reengage with life.

Praise for The Way Through the Woods

“In her search for new meaning in life after the death of her husband, Long Litt Woon undertook the study of mushrooms. What she found in the woods, and expresses with such tender joy in this heartfelt memoir, was nothing less than salvation.”—Eugenia Bone, author of Mycophilia and Microbia
Read More
“Moving and unexpectedly funny . . . Long tells the story of finding hope after despair lightly and artfully, with self-effacement and so much gentle good nature that we forgot how sad she (and we) are. . . . Seeing Long’s capacity for wonder and even contentment in the midst of her sadness feels like seeing tiny shoots of grass peeking from the ash in a landscape stripped bare by fire. Her memoir . . . intersperses the story of her mushroom education with details of her emotional journey, each informing the other. She is a fine anthropologist of both. . . . At its center, this book poses a familiar, awful existential question. How do you go on living when the person you loved so much—perhaps the person you loved best in the world—is gone? Everyone must find her own answer. Long’s is as good as any.”—The New York Times

“Like mushrooms themselves, The Way Through the Woods is surprising, comforting, and completely engrossing. Woon takes us foraging not just through the fascinating world of fungi but also through her personal grief. Like Sound of a Wild Snail Eating and H is for Hawk, her gorgeous, intimate encounter with unfamiliar species teaches us that observing nature carefully is both inspiring and healing.”—Juli Berwald, author of Spineless: The Science of Jellyfish and the Art of Growing a Backbone

“The Way Through the Woods is a personal view of the world of mushrooming though the eyes of an anthropologist who took up mushrooming to move forward through grief after the sudden death of her husband. It was great to see how Norway mushrooming culture was similar and different from that of the United States culture, while cheering for the author as she struggled to accept and embrace her new life. Anyone interested in these subjects will enjoy this book as much as I did.”—“Wildman” Steve Brill, America’s Go-to Guy for Foraging
Read More