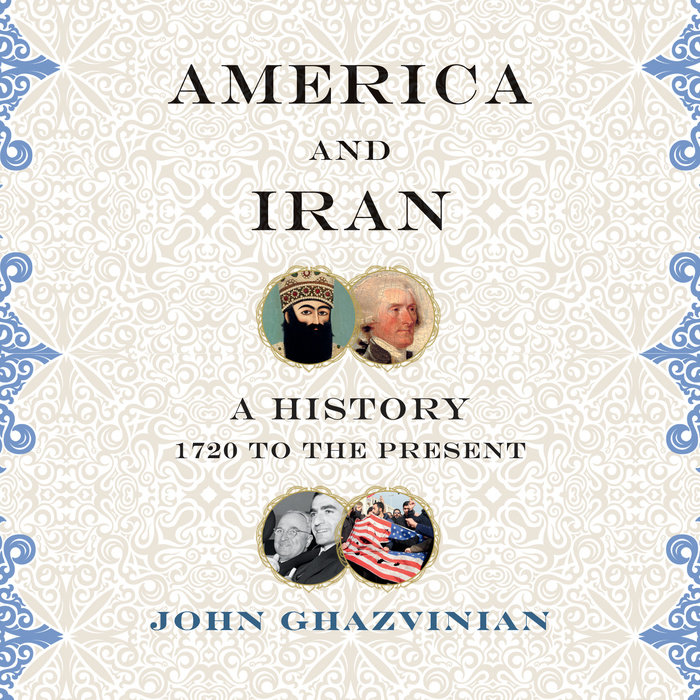 In this rich, fascinating history, John Ghazvinian traces the complex story of the relations between these two nations back to the Persian Empire of the eighteenth century—the subject of great admiration by Thomas Jefferson and John Quincy Adams—and an America seen by Iranians as an ideal to emulate for their own government.

Drawing on years of archival research both in the United States and Iran—including access to Iranian government archives rarely available to Western scholars—the Iranian-born, Oxford-educated historian leads us through the four seasons of U.S.–Iran relations: the spring of mutual fascination; the summer of early interactions; the autumn of close strategic ties; and the long, dark winter of mutual hatred. Ghazvinian makes clear where, how, and when it all went wrong. America and Iran shows why two countries that once had such heartfelt admiration for each other became such committed enemies—and why it didn’t have to turn out this way.
Read More

"An expert on Iran delineates the massive rift between the erstwhile 'closest of allies' ... relevant, highly elucidating ... an evenhanded, revelatory narrative in which the author avoids muddying the waters with an overtly political agenda. An excellent single-volume history of a fraught international relationship."--Kirkus (starred review)

"Ghazvinian describes in exquisite detail the relationship between Iran and the United States--from its inception in the years before the American Revolution to the present day. Beautifully laid out and at time reading like a thriller you don't want to put down ... Ghazvinian deftly shows us when, where, and why things went (and still do go) wrong. If ever the question 'why do they hate us' arises in the Iranian context, just read this book."--Hooman Majd, author of The Ayatollah Begs to Differ

"History in the hands of a master. Ghazvinian leads us far beyond the mindless shouting of recent decades to tell a story of friendship, sacrifice, and discovery. Should be required reading in both Tehran and Washington."--Ambassador John Limbert, US Deputy Secretary of State for Iran (2009-10); former hostage in the US Embassy in Tehran (1979-81)