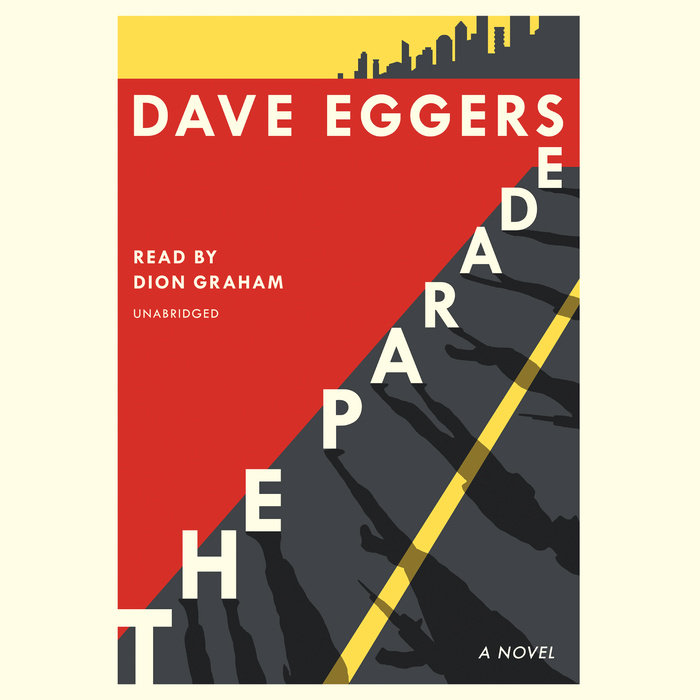 An unnamed country is leaving the darkness of a decade at war, and to commemorate the armistice the government commissions a new road connecting two halves of the state. Two men, foreign contractors from the same company, are sent to finish the highway. While one is flighty and adventurous, wanting to experience the nightlife and people, the other wants only to do the work and go home. But both men must eventually face the absurdities of their positions, and the dire consequences of their presence. With echoes of J. M. Coetzee and Graham Greene, this timeless novel questions whether we can ever understand another nation's war, and what role we have in forging anyone's peace.
Read More
"The Parade is a heartbreaker and a mindbender.  It is a novel of ideas that packs an emotional punch that left me reeling. With clear, unadorned prose, Eggers lays bare the costs of war, and of peace." –Tayari Jones, author of An American Marriage

"This is a tale for our time, an allegory about intervening in foreign lands without knowledge, and so a nightmare vision of our endless wars." —Thomas E. Ricks, author of Fiasco and Churchill and Orwell

"A parable of progress, as told by J.M. Coetzee to Philip K. Dick." —Richard Flanagan, author of Gould’s Book of Fish and The Narrow Road to the Deep North

"In The Parade, the anxiety grows with every page and every mile to reach an ending that turns everything upside down and sends us into the heart of darkness. A minimalistic, merciless novel. A powerful allegory and a painfully concrete contemporary story—Eggers is a true virtuoso of that synthesis." —Georgi Gospodinov, author of The Physics of Sorrow

"In an unnamed country, two unnamed employees of a foreign road-building corporation arrive for a 12-day assignment… Readers, too, are shut out of any background information on either man, an authorial choice that generates a subtle tension throughout the novel… Eggers differentiates between Four and Nine solely through their reactions to the post-civil-war devastation around them. How this setup reduces the two men to their willingness—or refusal—to see others is striking… Parable-like… The final scene of the novel contains such ferocity." —Idra Novey, The New York Times Book Review

"In Dave Eggers’s new novel, The Parade, two men go on a journey: flat, direct and more dangerous than either will admit… The narrative is deliberately unbranded, unspecific. The enthusiastic, inexperienced partner goes by Nine. This pushes the narrative into an allegorical space, even as we are up close and personal with the two on their trip from south to north… Eggers has been writing fiction that tells a story of America in our present moment, and often that moment is characterized by decline… To environmental devastation, violence, the power of social media, the loss of the middle class, we can now add American abroad, over their heads… Darkly funny." —Carolyn Kellogg, The Los Angeles Times

"The ever-incisive, worldly-wise, compassionate, and imaginative Eggers maintains the tension of a cocked crossbow in this magnetizing, stealthily wry, and increasingly chilling tale." –Booklist

"Eggers… may be the only living American writer for whom the term ‘Hemingway-esque’ meaningfully applies…. Eggers ably weaves in a host of ethical questions over one man's responsibility to the other, what makes help transactional versus simply kind…. An unassuming but deceptively complex morality play, as Eggers distills his ongoing concerns into ever tighter prose." —Kirkus

"A testament to Eggers’ expert skill at point of view... The Parade is a deeply felt book that defies easy labels. This is a book you can finish in a single sitting. And you will." —Tony Romano, The New York Journal of Books

"Dave Eggers is able to see the world as it is, while also holding on to his vision of how the world should be." —Chimamanda Ngozi Adichie
Read More 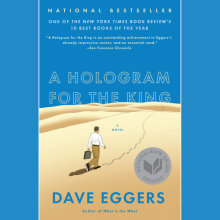 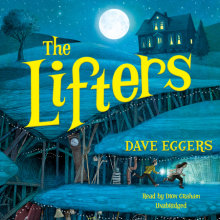 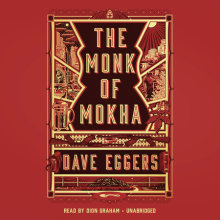