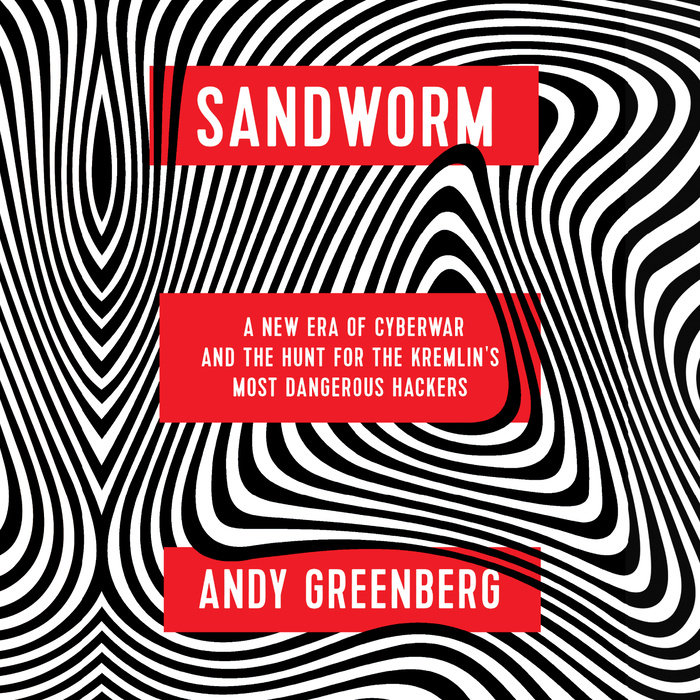 Written by: Andy Greenberg
Read by: Mark Bramhall
12 Hours and 3 Minutes Imprint: Random House Audio Genre: Computers - Security - Viruses & Malware Release Date: November 05, 2019
The true story of the most devastating cyberattack in history and the desperate hunt to identify and track the elite Russian agents behind it: "An important front-line view of the changing cyberthreats that are shaping our world, their creators, and the professionals who try to protect us” (Nature).

"With the nuance of a reporter and the pace of a thriller writer, Andy Greenberg gives us a glimpse of the cyberwars of the future while at the same time placing his story in the long arc of Russian and Ukrainian history." —Anne Applebaum, bestselling author of Twilight of Democracy

In 2014, the world witnessed the start of a mysterious series of cyberattacks. Targeting American utility companies, NATO, and electric grids in Eastern Europe, the strikes grew ever more brazen. They culminated in the summer of 2017, when the malware known as NotPetya was unleashed, penetrating, disrupting, and paralyzing some of the world's largest businesses—from drug manufacturers to software developers to shipping companies. At the attack's epicenter in Ukraine, ATMs froze. The railway and postal systems shut down. Hospitals went dark. NotPetya spread around the world, inflicting an unprecedented ten billion dollars in damage—the largest, most destructive cyberattack the world had ever seen.

The hackers behind these attacks are quickly gaining a reputation as the most dangerous team of cyberwarriors in history: a group known as Sandworm. Working in the service of Russia's military intelligence agency, they represent a persistent, highly skilled force, one whose talents are matched by their willingness to launch broad, unrestrained attacks on the most critical infrastructure of their adversaries. They target government and private sector, military and civilians alike.

A chilling, globe-spanning detective story, Sandworm considers the danger this force poses to our national security and stability. As the Kremlin's role in foreign government manipulation comes into greater focus, Sandworm exposes the realities not just of Russia's global digital offensive, but of an era where warfare ceases to be waged on the battlefield. It reveals how the lines between digital and physical conflict, between wartime and peacetime, have begun to blur—with world-shaking implications.
Read More
Winner of the Cornelius Ryan Citation for Excellence from the Overseas Press Club of America

"Sandworm is a sobering examination of an underreported story: The menace Russian hackers pose to the critical infrastructure of the West. With the nuance of a reporter and the pace of a thriller writer, Andy Greenberg gives us a glimpse of the cyberwars of the future while at the same time placing his story in the long arc of Russian and Ukrainian history."
—Anne Applebaum, Pulitzer Prize–winning author of Gulag and Red Famine

"An important front-line view of the changing cyberthreats that are shaping our world, their creators, and the professionals who try to protect us.”
—Nature

“As Russia has attacked, Greenberg has not been far behind, reporting on these incursions in Wired while searching for their perpetrators. Like the best true-crime writing, his narrative is both perversely entertaining and terrifying.”
—New York Review of Books

"Sandworm is much more than a true-life techno-thriller. It's a tour through a realm that is both invisible and critical to the daily lives of every person alive in the 21st century."
—Los Angeles Times

“Immensely readable…A hair-raising, cautionary tale about the burgeoning, post-Stuxnet world of state-sponsored hackers…Greenberg lays out in chilling detail how future wars will be waged in cyberspace and makes the case that we have done little, as of yet, to prevent it.”
—Washington Post

"[A] chilling account of a Kremlin-led cyber attack, a new front in global conflict."
—Financial Times

"Sandworm offers both a ripping narrative of a hack that broke the world and a worrying glimpse at cyberwar's rapidly evolving future."
—Wired

"The most detailed account yet of Russia's most destructive government-backed hackers."
—Axios

"Andy Greenberg’s Sandworm has achieved what I thought was no longer possible: it scares me. Sandworm is the story of the Russian GRU hacking team that has evolved in a few short years into the most methodical, persistent, and destructive intelligence agency cyber warriors. After reading Sandworm you will not doubt those superlatives."
—Forbes

"A beautifully written deep-dive into a group of Russian hackers blamed for the most disruptive cyberattack in history, NotPetya, This incredibly detailed investigative book leaves no stone unturned, unravelling the work of a highly secretive group that caused billions of dollars of damage."
—TechCrunch

"[A] fascinating historical document that renders the often bland world of cybersecurity as a human tale that warrants our deepest attention."
—Fast Company

“A terrifying and infuriating look at a future in which cyberwar hawks and cyberwar deniers join forces to literally threaten our ability to continue civilization. Sandworm shows how, in our leaders’ focus on maintaining digital weapons to attack our enemies, they've left our own critical infrastructure defenseless.”
—Cory Doctorow, New York Times bestselling author of Little Brother and Radicalized

"Sandworm hits that sweet spot of being both informative and entertaining as hell. In a journey that hopscotches from war-torn Ukraine to shadowy chatrooms to the halls of the UN, Greenberg takes readers on the hunt for the network of Russian hackers behind the most damaging cyberattack to occur so far. It is well worth your read."
—P.W. Singer, author of Ghost Fleet and LikeWar

“The good news about Andy Greenberg's Sandworm is that no one has ever dived so deeply into a major hack to illuminate the evolving crisis of a never-ending cyberwar.  The bad news is when you finish this gripping narrative, you won't be sleeping as soundly as you did before.”
—Steven Levy, New York Times bestselling author of In the Plex and Hackers

“Lucid and compelling, Sandworm shows us how high-tech warfare is waged today in Eastern Europe: battlefields of computer viruses, software vulnerabilities, and faked digital fingerprints. Where foreign hackers remotely black out cities and feed false election results to television networks. Where laptops become weapons and a word processor becomes a tool to invade a nation’s critical infrastructure. The first half of Greenberg's meticulously researched book leaves us wondering: How long before it happens here? The second provides the chilling answer."
—Clifford Stoll, New York Times bestselling author of The Cuckoo's Egg

“An in-depth investigation of what the Russian military’s best cyber unit has already done to disrupt corporations, penetrate utilities, and prepare for cyberwar.  Sandworm is a sword of Damocles over the US economy that any US president has to take into account when deciding on whether and how to counter the Kremlin.”
—Richard Clarke, former White House counterterrorism coordinator, author of The Fifth Domain and Cyber War

“A taut inquiry…Greenberg is an adroit investigator and gifted metaphorist. His lucid, dynamic exposé is a must-read for those worried about the vulnerabilities of the digital world.”
—Publishers Weekly

"Told with the fast-paced style of a thriller, this book is highly recommended for all fans of international intrigue and cyberwarfare. An exceptional account."
—Library Journal (starred review)

"Loaded with original reportage, Greenberg's urgent and clarifying book will inform and worry everyone concerned about national andcyber security...Readers will revel in the details Greenberg provides."
—Booklist
Read More 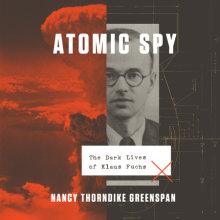