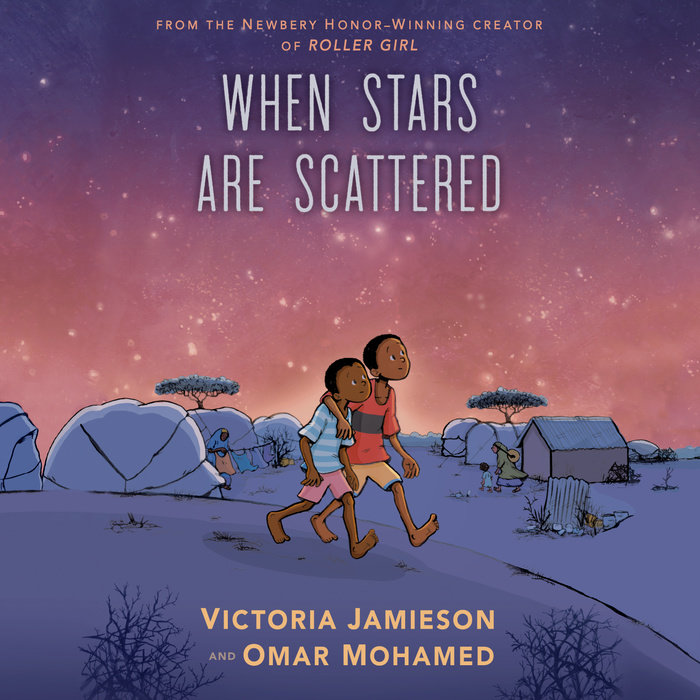 Omar and his younger brother, Hassan, have spent most of their lives in Dadaab, a refugee camp in Kenya. Life is hard there: never enough food, achingly dull, and without access to the medical care Omar knows his nonverbal brother needs. So when Omar has the opportunity to go to school, he knows it might be a chance to change their future . . . but it would also mean leaving his brother, the only family member he has left, every day.

Heartbreak, hope, and gentle humor exist together in this graphic novel—now adapted for audio—about a childhood spent waiting, and a young man who is able to create a sense of family and home in the most difficult of settings. It's an intimate, important, unforgettable look at the day-to-day life of a refugee, as told to New York Times Bestselling author/artist Victoria Jamieson by Omar Mohamed, the Somali man who lived the story. This audiobook is performed by a full cast and includes music and special effects.

★ "Jamieson's characteristically endearing art, warmly colored by Geddy, perfectly complements Omar's story, conjuring memorable and sympathetic characters who will stay with readers long after they close the book . . . This engaging, heartwarming story does everything one can ask of a book, and then some.” —Kirkus, starred review

★ "With this sensitive and poignant tale, Jamieson and Mohamed express the power of the human spirit to persevere." —School Library Journal, starred review

★ "Tragedy is certainly present throughout the story, yet Mohamed and Jamieson’s focus on deep familial love and education works to subvert many refugee stereotypes." —Horn Book, starred review

★ "Mohamed's experience is unfortunately not unique, but it is told with grace, humility, and forgiveness. This beautiful memoir is not to be missed." —Booklist, starred review

★ "Jamieson and Mohamed together craft a cohesive, winding story that balances daily life and boredom, past traumas, and unforeseen outcomes alongside camp denizens’ ingenuity and community . . . colorist Iman Geddy’s deep purple skies drive home the title. The result of this team effort is a personal and poignant entry point for young readers trying to understand an unfair world." —Publishers Weekly, starred review

★ "The graphic novel presentation and first person narration from the young narrator creates an immediacy and connection with the events of the story. Readers are quickly drawn into Omar’s world and worry for him and his friends." —School Library Connection

"Over the next fifteen years chronicled in this moving, slightly fictionalized graphic novel, the boys grow to manhood in an overcrowded tent city . . . Jamieson’s artwork, affectionately depicting resilient kids who manage to carve out lives in a community with few solid prospects, reprises the inviting ebullience readers will recognize from Roller Girl and All’s Faire."  —BCCB 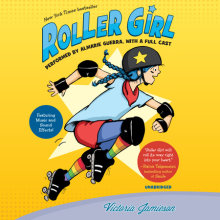