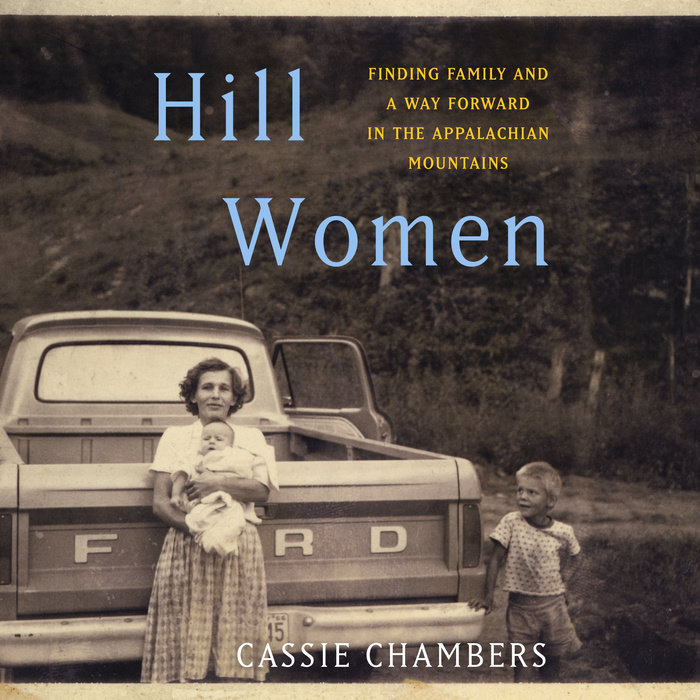 After rising from poverty to earn two Ivy League degrees, an Appalachian lawyer pays tribute to the strong “hill women” who raised and inspired her, and whose values have the potential to rejuvenate a struggling region.

“Destined to be compared to Hillbilly Elegy and Educated.”—BookPage (starred review)
“Poverty is enmeshed with pride in these stories of survival.”—Associated Press

Nestled in the Appalachian mountains, Owsley County is one of the poorest counties in both Kentucky and the country. Buildings are crumbling and fields sit vacant, as tobacco farming and coal mining decline. But strong women are finding creative ways to subsist in their hollers in the hills.

Cassie Chambers grew up in these hollers and, through the women who raised her, she traces her own path out of and back into the Kentucky mountains. Chambers’s Granny was a child bride who rose before dawn every morning to raise seven children. Despite her poverty, she wouldn’t hesitate to give the last bite of pie or vegetables from her garden to a struggling neighbor. Her two daughters took very different paths: strong-willed Ruth—the hardest-working tobacco farmer in the county—stayed on the family farm, while spirited Wilma—the sixth child—became the first in the family to graduate from high school, then moved an hour away for college. Married at nineteen and pregnant with Cassie a few months later, Wilma beat the odds to finish school. She raised her daughter to think she could move mountains, like the ones that kept her safe but also isolated her from the larger world.

Cassie would spend much of her childhood with Granny and Ruth in the hills of Owsley County, both while Wilma was in college and after. With her “hill women” values guiding her, Cassie went on to graduate from Harvard Law. But while the Ivy League gave her knowledge and opportunities, its privileged world felt far from her reality, and she moved back home to help her fellow rural Kentucky women by providing free legal services.

Appalachian women face issues that are all too common: domestic violence, the opioid crisis, a world that seems more divided by the day. But they are also community leaders, keeping their towns together in the face of a system that continually fails them. With nuance and heart, Chambers uses these women’s stories paired with her own journey to break down the myth of the hillbilly and illuminate a region whose poor communities, especially women, can lead it into the future.
Read More
“Women in Kentucky’s Appalachian community come into focus in lawyer Chambers’s powerful debut memoir, which aims to put a human face on a stereotyped region. . . . This is a passionate memoir, one that honors Appalachia’s residents.”—Publishers Weekly

“A family memoir that celebrates the inspiration of strong women within a rural culture most often characterized as patriarchal . . . [Chambers tells] stories that illuminate the hardworking spirit and flashes of hope among the populace, the women in particular.”—Kirkus Reviews

“In this age of political divisions, Hill Women offers a loving, luminous look at an often misunderstood and undervalued segment of our society.”—BookPage

“A nuanced portrait of the women of Appalachia . . . [Chambers] offers a personal and compassionate voice to the national conversation around poverty, class, and economy in the Coal Belt. . . . The argument floating below the surface of this memoir is one about economy and culture—an economy that generates massive wealth, at great human cost, and a culture of contempt for the poor. . . . Chambers carefully documents the personalities that shaped her, as she warns against characterizing the people of her region by their poverty alone, flattening their individuality in the process.” —The Progressive

“This Appalachian memoir doesn’t just celebrate the women of the hills—it fights for them. . . . Chambers balances out her personal story with vivid portraiture of her Appalachian kin. . . . Their voices ring out, frank and earthy, touched with King James but practical above all else. . . . She faces the region’s challenges with heartbreaking accounts of opioid addiction and a legal system less concerned with justice than it is with wringing money out of the broke and desperate. Like the hill women before her, Chambers is pragmatic, fighting for achievable change in a punishing system.” —Shelf Awareness

“Surrounded by poverty and decay, Chambers managed to beat the odds and explore life beyond the mountains. . . . In Hill Women, Chambers recounts these experiences, breaking down myths about the region and revealing just how strong its people are.” —Nashville Lifestyles

“Cassie Chambers tells the story of the women in the mountains of Kentucky who nurtured her, as well as her own journey to become a fierce defender of Appalachian women. This is a book that teaches us about service and gratitude, family and the tenuousness of belonging, and the power of education, loyalty, and home.”—Steven Stoll, author of Ramp Hollow

“A fascinating view of an often misunderstood population of America and an uplifting ode to the strong women at its core, whose unique stories and sacrifices inspire . . . a book to be celebrated!” —Cea Sunrise Person, author of North of Normal