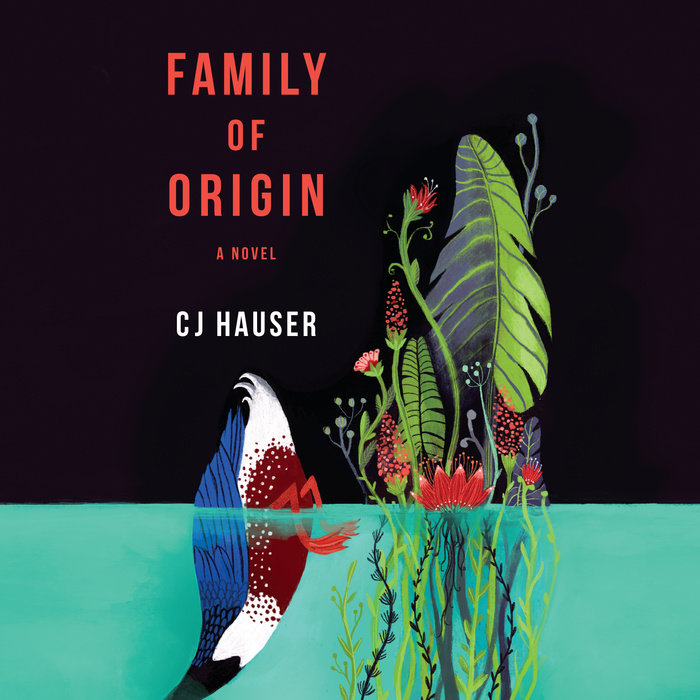 "An innovative work of climate fiction, a nuanced and empathic family story, and, for my money, the summer's best novel thus far."
--NPR.org

"The most oddly enticing novel you will read this year...Keenly satirical yet unashamedly tender."
--Wall Street Journal

When Nolan Grey receives news that his father, a once-prominent biologist, has drowned off Leap's Island, he calls on Elsa, his estranged, older half-sister, to help pick up the pieces. This, despite the fact that it was he and Elsa who broke the family in the first place. The Greys have been avoiding each other for a dozen years.

Elsa and Nolan travel to their father's field station, a wild and isolated spot off the Gulf Coast. Here, their father's fatalistic colleagues, the Reversalists, obsessively study the undowny bufflehead, a rare sea duck whose loss of waterproof feathers proves, they say, that evolution is running in reverse and humanity's best days are behind us.

On an island that is always looking backward, it's impossible for the siblings to ignore their past. Stuck together in the close quarters of their island stilt-house, and provoked by the absurd antics of the remaining Reversalists, years of family secrecy and blame between Elsa and Nolan threaten to ruin them all over again. As the Greys urgently trek the island to find the so-called Paradise Duck, their father's final obsession, they begin to fear that they were their father's first evidence that the future held no hope.

In the irreverent and exuberant spirit of Kevin Wilson, Alissa Nutting, and Karen Russell, CJ Hauser speaks to a generation's uncertainties: Is it possible to live in our broken world with both scientific pragmatism and hope? What does one generation owe another? How do we know which parts of the past, and ourselves, to jettison and which to keep? Delightfully funny, fiercely original, high-spirited and warm, Family of Origin grapples with questions of nature and nurture, evolution and mating, intimacy and betrayal, progress and forgiveness.
Read More
"CJ Hauser's Family of Origin is strange in that way raw honesty often is. It is sharp in its prose and in how it can so cleanly make you feel pierced through. Hauser lures us to an island and from there we learn of family and loss and the nature of our essential humanity. Funny and unforgettable."
—Nana Kwame Adjei-Brenyah, author of Friday Black

“A bold, strange novel, one that spirits readers to some of the furthest reaches of human experience. Wildly inventive and intensely moving.”
—R.O. Kwon, author of The Incendiaries

“Family of Origin is a meditation on a singularly unique family that opens up to embrace all of us, every single family, every human being, and it doesn't let go. It's amazing…a supremely weird novel that displays humor and heartbreak in equal measure.”
—Kevin Wilson, author of The Family Fang

“In Family of Origin, CJ Hauser explores and explodes the most complex moments in life: those moments with a power that spirals both backward and forward in time, those moments that shift in meaning and shape us into who we are. This riveting and emotionally intricate book doesn’t shy away from the deepest questions about how a family, and a species, can survive.”
—Helen Phillips, author of The Need and The Beautiful Bureaucrat

“Family of Origin is a novel full of wonders: a heartfelt, hilarious book about the possible end of a family, and the world, and how an obscure duck on an obscure island populated by obscure scientists might just save us all. There is some serious magic in these pages. All hail CJ Hauser, who has made us a funny, tender, and hopeful book, just when we need it the most.”
—Brock Clarke, author of An Arsonist’s Guide to Writers’ Homes in New England

“CJ Hauser's Family of Origin is unexpected and beautiful and utterly propulsive. Set in a world where colonizing Mars is a possibility, where a group of scientists and misfits believe that evolution is running in reverse, where love is strange and changeable and astonishing, Family of Origin reveals a new, spectacular universe. I've never read anything quite like it.”
—Anton DiSclafani, author of The Yonahlossee Riding Camp for Girls

“Shimmering yet precise…Family of Origin may be the most oddly enticing novel you will read this year...Keenly satirical yet unashamedly tender.”
—Wall Street Journal

“CJ Hauser's oddball-brilliant second novel [is] a spirited defense of the maligned millennial generation. It's also an innovative work of climate fiction, a nuanced and empathic family story, and, for my money, the summer's best novel thus far.”
—NPR.org

“Reminiscent of the family explorations of Rick Moody, Jennifer Egan, and Lauren Groff, this tragicomic novel explores climate change, family ties, and the millennial generation’s feeling that they have arrived late to the party, that humanity and the environment appear to be declining before their eyes. Full of brilliantly realized characters, Hauser’s latest is profound, often incredibly funny, and captures the times like few other contemporary novels.”
—Booklist (starred)

“A strange and heartbreaking novel…Hauser's ability to render the complexities of family relationships with radical honesty is a feat…A lesser writer would not be able to deliver the disturbing and weird with the grace that Hauser does. A unique, poignant, and slightly taboo novel about family, biology, and evolution.”
—Kirkus Reviews

“Hauser impresses with her wistful contemporary tale of family bonds and misplaced pessimism…This shimmering take on grief and family will enthrall fans of character-driven stories with its bevy of dashed dreams and cluttered emotions.”
—Publishers Weekly

“[S]harply and mysteriously illuminating…Hauser is a sharp and often witty observer of human behavior. She brilliantly portrays some of the central issues of contemporary life, particularly issues for the lives of millennials. And she raises provocative questions about how contemporary human beings will survive and make full lives for themselves in the future.”
—BookPage
Read More