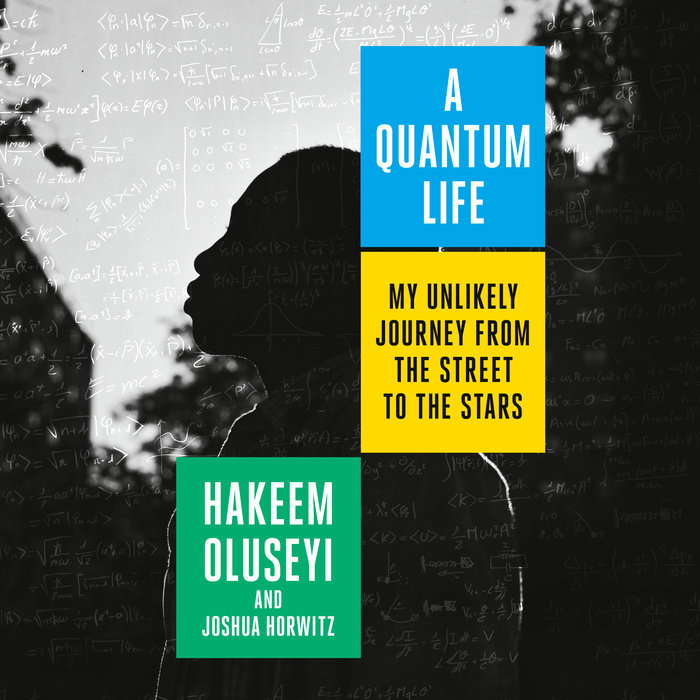 NAMED ONE OF THE BEST BOOKS OF THE YEAR BY KIRKUS REVIEWS • “You’ll encounter one extraordinary turn of events after another, as the extraordinary chess player, puzzle solver, and occasional grifter works his way from grinding poverty and deep despair to worldwide acclaim as a physicist.”—Bill Nye, CEO of The Planetary Society

Navigating poverty, violence, and instability, a young James Plummer had two guiding stars—a genius IQ and a love of science. But a bookish nerd is a soft target, and James faced years of bullying and abuse. As he struggled to survive his childhood in some of the country’s toughest urban neighborhoods in New Orleans, Houston, and LA, and later in the equally poor backwoods of Mississippi, he adopted the persona of “gangsta nerd”—dealing weed in juke joints while winning state science fairs with computer programs that model Einstein’s theory of relativity.

Once admitted to the elite physics PhD program at Stanford University, James found himself pulled between the promise of a bright future and a dangerous crack cocaine habit he developed in college. With the encouragement of his mentor and the sole Black professor in the physics department, James confronted his personal demons as well as the entrenched racism and classism of the scientific establishment. When he finally seized his dream of a life in astrophysics, he adopted a new name, Hakeem Muata Oluseyi, to honor his African ancestors.

Alternately heartbreaking and hopeful, A Quantum Life narrates one man’s remarkable quest across an ever-expanding universe filled with entanglement and choice.
Read More
“A Quantum Life is not only a story about resilience but also about the power of science as a transcendent force for personal transformation. . . . An important book for anyone who wants to understand how the fire of inquiry, the burning demand to know the world and its beauty intimately, can take root in a heart and lift it up to shine brightly with the stars it most cherishes.”—NPR

“Hakeem Oluseyi’s journey to adulthood is not only lyrical but immensely expansive and powerful. Moving across the American West and South, A Quantum Life encompasses with equal grace matters of particle physics and matters of a fractured family, challenges that are self-wrought and challenges inflicted by racism, and triumphs over an academic landscape engineered against poor African Americans as well as triumphs of the human heart.”—Jeff Hobbs, New York Times bestselling author of The Short and Tragic Life of Robert Peace

“Oluseyi’s book is an epic personal and scientific journey through a system stacked against him. . . . Haunting and heroic.”—Sara Seager, professor of planetary science and physics at MIT, author of The Smallest Lights in the Universe

“A physicist works with the statistical nature of the cosmos to predict the future— possible outcomes and unlikely ones. In A Quantum Life, you’ll encounter one extraordinary turn of events after another, as the extraordinary chess player, puzzle solver, and occasional grifter works his way from grinding poverty and deep despair to worldwide acclaim as a physicist. As you turn each page, you may not believe this outcome is possible. Read on.”—Bill Nye, CEO of The Planetary Society

“A Black astrophysicist delivers a memoir that demonstrates the unstoppable strength of intelligence and the human spirit. . . . A sharp, relatable book about self-reinvention and a loving nod to anyone who has ever believed in the potential of another.”—Kirkus (starred review)

“[A] gripping story of overcoming obstacles and finding purpose . . . A great read for memoir fans, who will be drawn in from the first page.”—Library Journal (starred review)

“Inspiring . . . [Oluseyi’s] story serves as a reminder that barriers can be broken regardless of one’s background and that there is no one way to be a scientist.”—Science
Read More