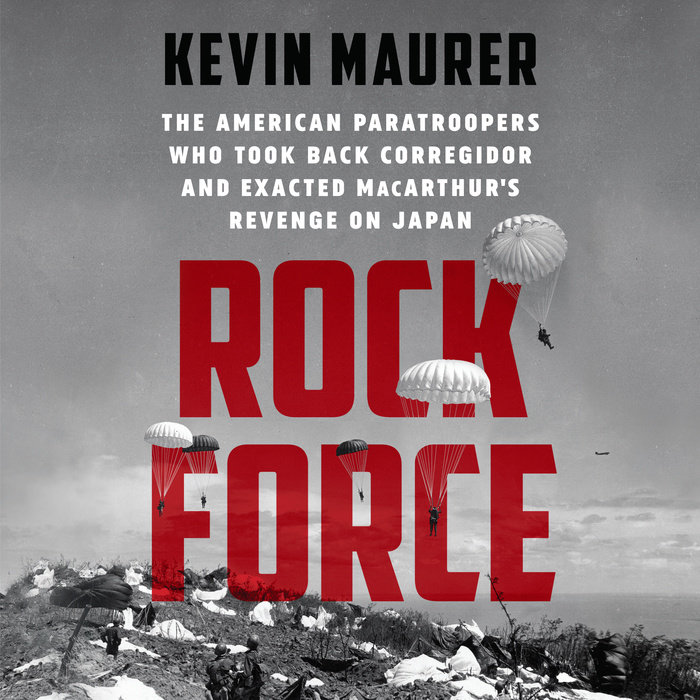 “Rock Force is a beautifully told story of war: the friendships, the courage and despair, and the terror... One of the most exciting books ever written about the Pacific War.”—Mitch Weiss, New York Times bestselling coauthor of Countdown 1945

In late December 1941, General Douglas MacArthur, caught off guard by the Japanese invasion of the Philippines, is forced to retreat to Corregidor, a jagged, rocky island fortress at the mouth of Manila Bay. Months later, under orders from the president, the general is whisked away in the dark of night, leaving his troops to their fate. It is a bitter pill for a fiercely proud warrior who has always protected his men. He famously declares "I shall return," but the humiliation of Corregidor haunts him, even earning him the derisive nickname "Dugout Doug."

In early 1945, MacArthur returns to the Philippines, his eyes firmly fixed on Corregidor. To take back the island, he calls on the 503rd Parachute Infantry Regiment, a highly trained veteran airborne unit. Their mission is to jump onto the island—hemmed in by sheer cliffs, pockmarked by bomb craters, bristling with deadly spiky broken tree trunks—and wrest it from some 6,700 Japanese defenders who await, fully armed and ready to fight to the death.

Drawn from firsthand accounts and personal interviews with the battle's surviving veterans, acclaimed war correspondent and bestselling author Kevin Maurer delves into this extraordinary tale, uncovering astonishing accounts of bravery and heroism during an epic, yet largely forgotten, clash of the Pacific War. Here is an intimate story of uncommon soldiers showing uncommon courage and winning, through blood and sacrifice, the redemption of General MacArthur.
Read More
“Excellent… well-told and riveting.”—The Wall Street Journal

“A riveting account of the intense combat to liberate the island… heart-pounding… Rock Force is an account of an important event in American history that reads like an exciting adventure novel. It should be on the Army’s recommended professional reading list. Military historians, or anyone just looking for a great book to read, will not be disappointed.”—ARMY magazine

“At its heart, Rock Force is a compelling war story, and Maurer concentrates on where his affinities lay: those troopers whose boots were on the ground. Their stories of valor and tragedy will hook readers from the very first page.”—World War II magazine

“Maurer has a clear and thorough understanding of our world, allowing him to translate complex military concepts into ideas anyone can grasp. In Rock Force, he recounts historical detail exceptionally well while writing at the pace of an adventure novel.”—Soflete blog

“Corregidor is hallowed ground: the Alamo of the Pacific, a fortress where Americans valiantly held off the Japanese before ultimately surrendering in the dark early days of World War II. The recapture of this volcanic citadel nearly three years later is one of the great stories of the war, and in Kevin Maurer's capable hands, it's a heart-pounding thriller. Readers will duck the buzz of bullets, shake with the thunder of explosions and smell the acrid cordite that filled the air amid this hellacious battle. Rock Force is not only terrific read, but also a testament to the bravery of the men who sacrificed so much to retake Corregidor.”—James M. Scott, Pulitzer Prize finalist and author of Target Tokyo and Rampage

“Rock Force is simply astounding. Kevin Maurer transports readers to the battlefield on Corregidor in a way that only one who has spent time in conflict zones can. I am humbled with every turn of the page, marveling at heroes one and all.”—Jack Carr, former Navy SEAL sniper and New York Times bestselling author of Savage Son

“Rock Force is a beautifully told story of war: the friendships, the courage and despair, and the terror. With the turn of each page, you come to truly know men like First Lt. Bill Calhoun, a grizzled platoon leader within the 503rd Parachute Infantry Regiment. This vivid, action-packed thriller is one of the most exciting books ever written about the Pacific War.”—Mitch Weiss, Pulitzer Prize-winning investigative reporter and New York Times bestselling coauthor of Countdown 1945

“They say there are no words to ever truly describe the duality of man, or of war. With Rock Force, Kevin Maurer comes as close as you can come to telling the emotion, sacrifice and limits of human endurance and determination of the struggle to take the Rock.”—Rusty Bradley, coauthor on Lions of Kandahar

“Maurer's second foray into military history captures the language and trappings of World War II, but reads like a current event. MacArthur met his match with the men he left to take back Corregidor, and history has met its match with Maurer's retelling.”—Kelly Kennedy, author of They Fought for Each Other: The Triumph and Tragedy of the Hardest Hit Unit in Iraq

“Rock Force is a brilliant, deeply moving story of men locked in combat. It is genuine, compelling and utterly riveting—and essential reading for every student of history.”—David Zucchino, Pulitzer Prize-winning author of Wilmington's Lie
Read More 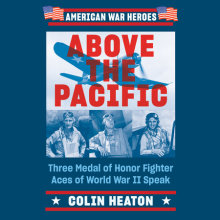