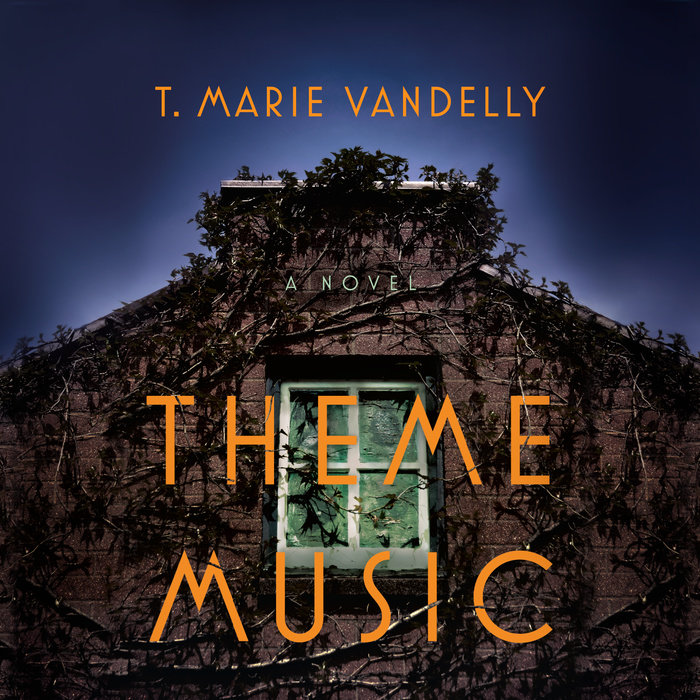 Written by: T. Marie Vandelly
Read by: Sarah Mollo-Christensen
14 Hours and 29 Minutes Imprint: Penguin Audio Genre: Fiction - Horror Release Date: July 23, 2019
“If you've been looking for your newest horror obsession after The Haunting of Hill House, read this one next.”—BuzzFeed

She didn't run from her dark past. She moved in.

For the lucky among us, life is what you make of it; but for Dixie Wheeler, the theme music for her story was chosen by another long ago, on the day her father butchered her mother and brothers and then slashed a knife across his own throat. Only one-year-old Dixie was spared, becoming infamously known as Baby Blue for the song left playing in the aftermath of the slaughter.

Twenty-five years later, Dixie is still desperate for a connection to the family she can’t remember. So when her childhood home goes up for sale, Dixie sets aside all reason and moves in. But as the ghosts of her family seemingly begin to take up residence in the house that was once theirs, Dixie starts to question her sanity and wonders if the evil force menacing her is that of her father or a demon of her own making.

In order to make sense of her present, Dixie becomes determined to unravel the truth of her past and seeks out the detective who originally investigated the murders. But the more she learns, the more she opens up the uncomfortable possibility that the sins of her father may belong to another. As bodies begin to pile up around her, Dixie must find a way to expose the lunacy behind her family’s massacre to save her few loved ones who are still alive—and whatever scrap of sanity she has left.
Read More
Praise for Theme Music

“This is the scariest book since The Haunting of Hill House. . . . The most gripping and suspenseful debut novel of the year . . . Theme Music is more than compelling; it is mesmerizing.”—New York Journal of Books

“[Theme Music] promises to be one of the strangest and most enchanting works to come out this year.”—CrimeReads

“[A] chilling, enthralling debut . . . Driven by a believable plot and populated with realistic characters, this delicious mix of horror, ghost story, and mystery marks Vandelly as a writer to watch.”—Publishers Weekly (starred review)

“A story as frenzied and hard-hitting as the characters bound within it . . . Readers will be bombarded with uninhibited descriptions and dauntless curveballs.”—Fangoria

“This one works really well for fans of dark mysteries, psychological thrillers, and horror—you’ll be kept on the edge of your seat and on your toes the entire time.”—Book Riot

“Vandelly shows a deft touch at creating characters and spinning plots, leading to an almost unbearably terrifying and bloody climax in this gripping debut.”—Booklist

“What a riveting and disturbing read this is! Charting the return of Dixie Wheeler to the childhood home where her parents and brothers were killed in front of her, Theme Music is a fierce and intense slice of psychological horror that will leave you vowing, ‘Never Go Back. Never.’ ”—Louise Candlish, bestselling author of Our House and Those People

“A hypnotic blend of mind-bending, quasi-supernatural suspense and dark family secrets—readers will find themselves completely immersed in the utterly convincing world [Vandelly] crafts. . . . Vivid and lush, intricate and downright addictive. Read it with ALL the lights on, but make sure you read it.”—Crime by the Book