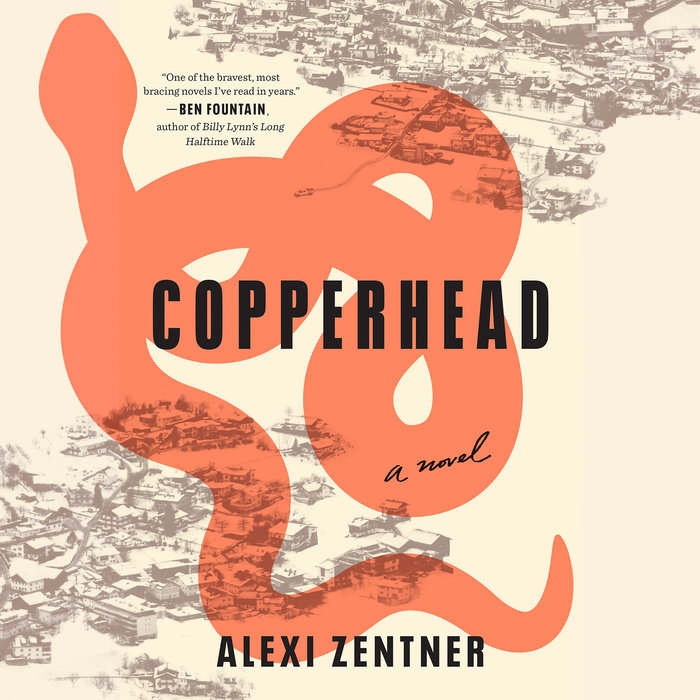 "One of the bravest, most bracing novels I've read in years." --Ben Fountain, author of Billy Lynn's Long Halftime Walk

Jessup's stepfather gave him almost everything good in his life--a sober mother, a sister, a sense of home, and the game of football. But during the years that David John spent in prison for his part in a brutal hate crime, Jessup came to realize that his stepfather is also a source of lethal poison for his family. Now it's Jessup's senior year, and all he wants to do is lay low until he can accept one of the football scholarships that will be his ticket out of town.

So when his stepfather is released from prison, Jessup is faced with an impossible choice: condemn the man who saved his family or accept his part in his family's legacy of bigotry. Before he can choose a side, Jessup will cause a terrible accident and cover it up--a mistake with the power to ruin them all.

Told with relentless honesty and a ferocious gaze directed at contemporary America's darkest corners, Copperhead vibrates with the energy released by football tackles and car crashes and asks uncomfortable questions about the price we pay--and the mistakes we'll repeat--when we live under the weight of a history we've yet to reckon with. Alexi Zentner unspools the story of boys who think they're men and of the entrenched thinking behind a split-second decision, and asks whether hatred, prejudice, and violence can ever be unlearned.
Read More
Praise for Copperhead

“The chapters pop in expert jabs, two or three pages at a time. The prose is visceral, as taut as his teenage linebacker protagonist. Zentner’s concision is powerful. . . . As a moral inquiry, Copperhead invites us to see how bigotry operates in real life.”
—The New York Times

“Copperhead is a smart, propulsive story about racism, class, and the limits of individual possibility . . . A pretty unsparing story about how one's fate is determined so much by the random luck of one's family, but it's also merciful enough to leave the exit door of reinvention cracked open.”
—NPR Fresh Air

“Copperhead by Alexi Zentner is excruciatingly honest and exceptionally brave. . . . A beautifully rendered coming of age story. . . . The work is also stylistically brilliant, fast-paced, and well-told in punchy, deceptively short sentences with verbs that pop them to life nestled in chapters of two and three pages each. A master of voice in the diction of a bright adolescent football player, Zentner not only captures but nails his first-person narrator, Jessup, and creates reader empathy quickly. There are paragraphs, too, of simply gorgeous writing.”
—New York Journal of Books

“Zentner uses this clash of competing ideologies to fearlessly examine another of America’s seemingly unbridgeable divides: between the country’s predominately rural white underclass and the left-liberal political, academic, and media elites that conservative leaders so nimbly pit them against. The writing and characterization is sharp throughout.”
—Quill & Quire

“Copperhead is one of the bravest, most bracing novels I've read in years, a story of race in America that pulls no punches. A good kid finds himself in pretty much the worst spot a kid can be, caught amid the competing claims of family, church, justice, conscience, and the love of his young life. Alexi Zentner has delivered a glorious knockout of a novel.”
—Ben Fountain, author of Billy Lynn’s Long Halftime Walk

“A deeply personal and unflinching interrogation of the battle between self and history from a writer who never shies from unnerving his readers, Copperhead is an incredibly ambitious undertaking, rendered in sparse, impressionistic prose.”
—Téa Obreht, author of The Tiger’s Wife and Inland

“Copperhead is a propulsive, masterful novel set in upstate New York that begins with the violent game of football and soon plunges into the foundational American violence of race and class, the cold air in which we learn to live.”
—Zachary Lazar, author of Vengeance

“A slow, gritty coming-of-age story in which class, racial, and family tensions come to a head in one long weekend.”
—Kirkus Reviews

“Steely and often gripping . . . Zentner’s portrait of a young man’s conflicting desires for disavowal and belonging is rich and nuanced.”
—Publishers Weekly

“Copperhead is a vivid portrait of what happens to a thoughtful teenager who's forced to face hard questions of right and wrong, and to decide when familial love and loyalty may demand too much.”
—Shelf Awareness