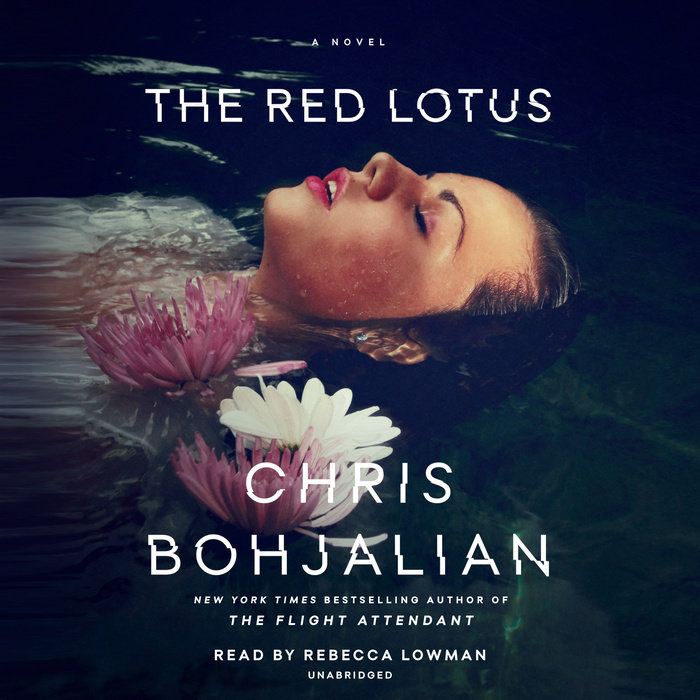 Written by: Chris Bohjalian
Read by: Rebecca Lowman
12 Hours and 2 Minutes Imprint: Random House Audio Genre: Fiction - Thrillers - Suspense Release Date: March 17, 2020
NATIONAL BESTSELLER • From the New York Times bestselling author of The Flight Attendant comes a twisting story of love and deceit: an American man vanishes on a rural road in Vietnam, and his girlfriend follows a path that leads her home to the very hospital where they met.

Alexis and Austin don’t have a typical “meet cute”—their first encounter involves Alexis, an emergency room doctor, suturing a bullet wound in Austin’s arm. Six months later, they’re on a romantic getaway in Vietnam: a bike tour on which Austin can show Alexis his passion for cycling, and can pay his respects to the place where his father and uncle fought in the war. But then Austin fails to return from a solo ride. Alexis’s boyfriend has vanished, the only clue left behind a bright yellow energy gel dropped on the road.

As Alexis grapples with this bewildering loss, she starts to uncover a series of strange lies that force her to wonder: Where did Austin go? Why did he really bring her to Vietnam? And how much danger has he left her in? Set amidst the adrenaline-fueled world of the emergency room, The Red Lotus is a global thriller about those who dedicate their lives to saving people—and those who peddle death to the highest bidder.
Read More
An Amazon Best Book of 2020
A BookBub Best Book of 2020

"The Red Lotus is written through the alternate perspectives of a number of well-drawn characters... Those who relished the sudden shocks and well-timed twists of Mr. Bohjalian’s 2018 work, The Flight Attendant, should be well-pleased by his latest book, whose unexpected revelations extend to the final sentence."— Tom Nolan, Wall Street Journal

“[Bohjalian] possesses one of the best-tuned antennas in contemporary fiction for absorbing the troubles, forces, terrors, fortunes, and, yes, plagues that turn the world... Bohjalian’s plots race at the speed of a 747, but there’s no skimming in the complexity or depth of his subject matter [or] precision of his research.”—Chris Bollen, Interview

"A tense and timely thriller" —People

“Readers who crave suspense will get it... [W]ith a pandemic plot, The Red Lotus is both prescient and diverting. Bohjalian specializes in well-researched, topical thrillers with complex plots and flawed but principled heroes.” —Suzanne Bern, The Washington Post

"This gripping mystery takes all kinds of thrilling twists and turns. A great read.” — Minneapolis Star-Tribune

"Bohjalian creates... a nice little knot of fear in your stomach. Add to that the effective use of alternating points of view, some pretty scary speculations about biological warfare, and a compelling view of a country that has risen from the ashes like a phoenix." — Wendy Migdal, Fredericksburg Free Lance-Star

“Prepare to carry a sense of dread with you…This heart-pounding thriller is sensationally written.” — Zibby Owens, Whats Up Moms

“A must-read global thriller… The Red Lotus… hits Bohjalian’s trademark notes of intricate plot, in-depth research, high tension, and unexpected turns – with a very timely dose of pathogens and biological weapons – in a twisting story of love and deceit… un-put-downable… one of those thrillers that only come along once in a while.
— Mystery Tribune

"[An] intricately plotted thriller... a diabolical plot reminiscent of a Robin Cook thriller. Each character, including secondary players, is carefully drawn, and Bohjalian keeps the tension high all the way to the surprising finale."
—Publishers Weekly

"In this tightly drawn, steadily hair-raising thriller, Bohjalian once again demonstrates his keen affinity for strong, capable female protagonists, while his masterful merging of setting and plot delivers a cerebral and dramatic dive into what happens when love turns to agony."
—Booklist
Read More