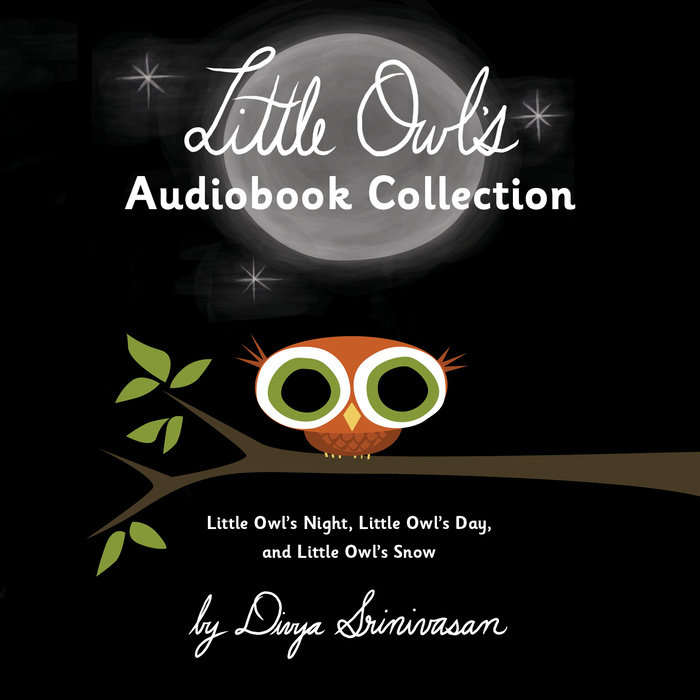 Little Owl's Night (narrated by Janet Varney): It's evening in the forest and Little Owl wakes up from his day-long sleep to watch his friends enjoying the night. Hedgehog sniffs for mushrooms, Skunk nibbles at berries, Frog croaks, and Cricket sings. A full moon rises and Little Owl can't understand why anyone would want to miss it. Could the daytime be nearly as wonderful? Mama Owl begins to describe it to him, but as the sun comes up, Little Owl falls fast asleep.

Little Owl's Day (narrated by Dave Hill): Chikit-chikit-chik! A squirrel is chittering. Bees are buzzing. The sun is high in the sky. And Little Owl is supposed to be asleep, but when he wakes up early, he's just too curious to close his eyes again. The forest he knows so well at nighttime is completely different-and exciting-in the day! After watching butterflies dance, wolf pups play, and then his very first rainbow, Little Owl returns to his tree. He has many new stories for his mama.

Little Owl's Snow (narrated by John Hodgman): "Winter's almost here!" says Little Owl, as he observes leaves falling, animal friends hibernating, and a chill from his feathers to his feet. And just as he and his friend raccoon are watching their breath make fog in the cold air, it happens: Snow!
Read More