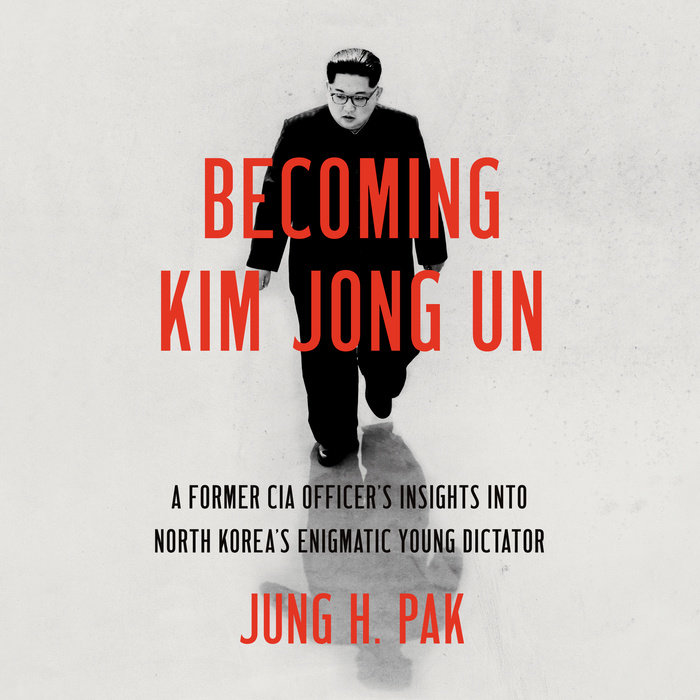 “Shrewdly sheds light on the world’s most recognizable mysterious leader, his life and what’s really going on behind the curtain.”—Newsweek

When Kim Jong Un became the leader of North Korea following his father's death in 2011, predictions about his imminent fall were rife. North Korea was isolated, poor, unable to feed its people, and clinging to its nuclear program for legitimacy. Surely this twentysomething with a bizarre haircut and no leadership experience would soon be usurped by his elders. Instead, the opposite happened. Now in his midthirties, Kim Jong Un has solidified his grip on his country and brought the United States and the region to the brink of war. Still, we know so little about him—or how he rules.

Enter former CIA analyst Jung Pak, whose brilliant Brookings Institution essay “The Education of Kim Jong Un” cemented her status as the go-to authority on the calculating young leader. From the beginning of Kim’s reign, Pak has been at the forefront of shaping U.S. policy on North Korea and providing strategic assessments for leadership at the highest levels in the government. Now, in this masterly book, she traces and explains Kim’s ascent on the world stage, from his brutal power-consolidating purges to his abrupt pivot toward diplomatic engagement that led to his historic—and still poorly understood—summits with President Trump. She also sheds light on how a top intelligence analyst assesses thorny national security problems: avoiding biases, questioning assumptions, and identifying risks as well as opportunities.

In piecing together Kim’s wholly unique life, Pak argues that his personality, perceptions, and preferences are underestimated by Washington policy wonks, who assume he sees the world as they do. As the North Korean nuclear threat grows, Becoming Kim Jong Un gives readers the first authoritative, behind-the-scenes look at Kim’s character and motivations, creating an insightful biography of the enigmatic man who could rule the hermit kingdom for decades—and has already left an indelible imprint on world history.
Read More
“An excellent biography [that] cuts through the regime’s opacity and the fog of gossip to provide an excellent primer on the country’s present-day leadership as well as hints of whatever might come next. . . . Becoming Kim Jong Un moves between storytelling in intimate, elegantly written scenes and clear, well-argued policy analysis.”—Los Angeles Times

“North Korea has long been regarded as a ‘hard target’ by the Intelligence Community—and with abundant good reason. Dr. Jung H. Pak has managed to shed more light on the current North Korean leader, Kim Jong Un, than virtually anyone. She has adeptly and discreetly applied her experience as an intelligence analyst and managed to penetrate the opaque nature of North Korea, and in doing so has displayed her considerable skills in and mastery of the analyst’s tradecraft. . . . An important book, both for the professional expert and for those who simply want to gain insight into the ‘hermit kingdom’ and its enigmatic leader.”—James Clapper, former Director of National Intelligence

“Jung H. Pak’s sober but absorbing portrait of North Korea’s leader should be the starting point for any scholar, journalist, or policymaker trying to make sense of the most dangerous regime on earth. Pak ties together biography, national security analysis, and policy prescription with the precision one would expect from a scholar and former intelligence officer.”—Michael J. Green, former Asia adviser to President George W. Bush, director of Asian studies at Georgetown University, and senior vice president at the Center for Strategic and International Studies

“Becoming Kim Jong Un is the most complete account to date of a dictator who has too often been caricatured by the public. Highly readable, thoughtful, and dispassionate, this book offers important insights into an enigmatic leader who will shape the destiny of not only the Korean Peninsula but of the Northeast Asian region and the world. It’s the next best thing to receiving a top-secret CIA briefing.”—Sue Mi Terry, former CIA analyst and former Korea director at the National Security Council

“One of the nation’s top North Korea analysts, Dr. Jung H. Pak, has delivered a rich and insightful volume surveying the rise to power of Kim Jong Un, the history of the Kim family, and the actions of the Pyongyang regime since its inception. Cogently and concisely treating a broad sweep of issues central to North Korea, Dr. Pak makes an essential contribution to the collective understanding of one of the world’s most dangerous and complex problems. It is a must-read for the expert and casual observer alike.”—Mark Lippert, former U.S. ambassador to South Korea and Trustee, The Asia Foundation

“[An] expert assessment . . . An insightful analysis of perhaps the world's most dangerous dystopia.”—Kirkus Reviews