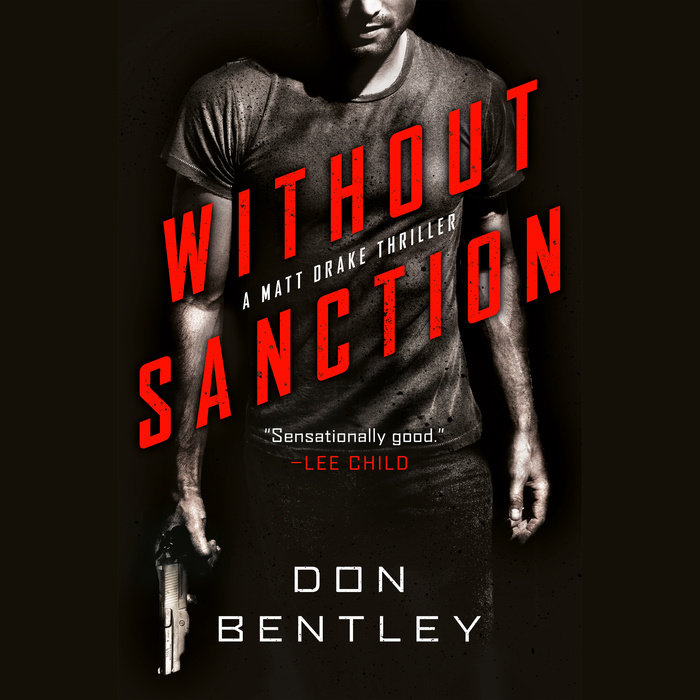 Written by: Don Bentley
Read by: Jack Armstrong
10 Hours and 36 Minutes Imprint: Penguin Audio Genre: Fiction - Thrillers - Espionage Release Date: March 03, 2020
After surviving a clandestine operation that went tragically wrong, Matt Drake escaped Syria with his life, but little else. Now, to save the life of another, he must return to Syria and confront his biggest failure in a debut thriller Lee Child calls "sensationally good."

Defense Intelligence Agency operative Matt Drake broke a promise. A promise that cost three people their lives and crippled his best friend. Three months later, he's paralyzed by survivor's guilt and haunted by the memories of the fallen. Matt may have left Syria, but Syria hasn't left him.

In the midst of his self-imposed exile, Matt is dragged back into the world of espionage and assets that he tried to forget. A Pakistani scientist working for an ISIS splinter cell has created a terrifying weapon of mass destruction. The scientist offers to defect with the weapon, but he trusts just one man to bring him out of Syria alive—Matt Drake.

It’s a suicide mission—one man against an army of terrorists. Still, with stakes this high, Matt has no choice but to try. He’s going in on high alert, but he’s blind to his greatest vulnerability. His most dangerous enemy is closer to home—not on the battlefield, but in the Oval Office.
Read More
“Sensationally good—I want more Matt Drake.”
—Lee Child, #1 New York Times bestselling author

“Don Bentley’s Without Sanction is seriously one of the most compelling debuts in recent memory.
Brilliantly crafted and written, this book is a thoroughly riveting read and Don Bentley is an exciting new voice in the thriller world.”
—Mark Greaney, #1 New York Times bestselling author

“Without Sanction knocks it out of the park! His hard won wisdom and experience from time downrange grip the reader from the first page to the last. Sign me up for an early read of book two!”
—Jack Carr, New York Times bestselling author of Savage Son

“You can smell the cordite, hear the explosions, and feel the fight in this one.  Action jumps from every page thanks to an engaging premise and cross-cutting suspense. Way ahead of the pack.”
—Steve Berry, New York Times bestselling author of The Malta Exchange

“Without Sanction is a relentless, crackling debut about the fight against terrorism, its unacknowledged costs, and the price paid by its operatives.  Don Bentley has lived this life, and he writes with deep authenticity, a serious swagger, wry wit, and a lyrical heart.  This is one hell of a book."
—Nick Petrie, National Bestselling author of Tear It Down

"Bentley plumbs the deepest recesses of Syria and the White House, leaving readers unsettled, wondering which arena is in fact more dangerous.  Politics and foreign policy collide in a tempest of backstabbing and intrigue.  Realistic, gritty, and hard-hitting—Without Sanction is an incendiary debut.”
—K.J. Howe, International Bestselling Author of The Freedom Broker

Don Bentley is the real deal. Without Sanction is raw, honest, and thought-provoking. . . But most of all, it’s one heck of a fun ride. Do not miss this powerful, action-packed debut thriller!”
—Ryan Steck, The Real Book Spy

“Without Sanction is one of those rare books that reminds me why I became an author in the first place.  Don Bentley has crafted a gut churning, heart pounding thriller.  An unflinching dive into the soul of the modern warrior that is so beautifully written and expertly executed that I cannot believe it is a debut novel.”
—Joshua Hood, author of Clear by Fire

“Without Sanction is without doubt the best thriller I’ve read in years. Don Bentley flies his story like an Apache attack helicopter—full throttle and guns blazing. With a plot as unpredictable as a HAHO jump in high winds, the novel drops you in a hot LZ of whip-smart writing, throat-punching action and laugh-out-loud gallows humor.  A keen political eye, sharply drawn characters and emotional depth accelerate this pulse-pounding free fall. Strap on your bump helmet and hold on tight. You’re in for one helluva ride!
—Mike Maden, New York Times bestselling author of Tom Clancy Firing Point

“Grabs you from the get-go and never lets up. An absolutely fantastic story.”
—Marc Cameron, New York Times bestselling author of Tom Clancy Shadow of the Dragon

“Don Bentley has created a gripping tale with an authentic, broken protagonist. The result is a white-knuckle ride through both the Syrian battle grounds and the innermost sanctums of DC politics with deadly twists and turns along the way.”
—Matthew Betley, bestselling author of Rules of War and the Logan West series

"Bentley imbues the action-packed Without Sanction with plenty of vivid battle scenes and military details that keep the plot churning. But the real strength of Without Sanction is the perceptive look at its characters, their motives and how war has affected each."
—South Florida Sun-Sentinel

"Bentley imbues the action-packed Without Sanction with plenty of vivid battle scenes and military details that keep the plot churning. But the real strength of the novel is the perceptive look at its characters, their motives and how war has affected each...Without Sanction is just the beginning of what should be a satisfying series"
—The Virginian-Pilot
Read More 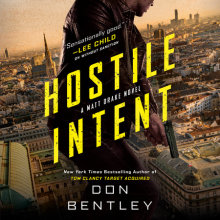 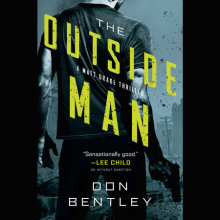 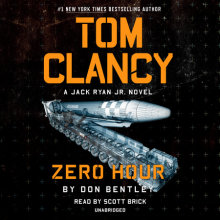