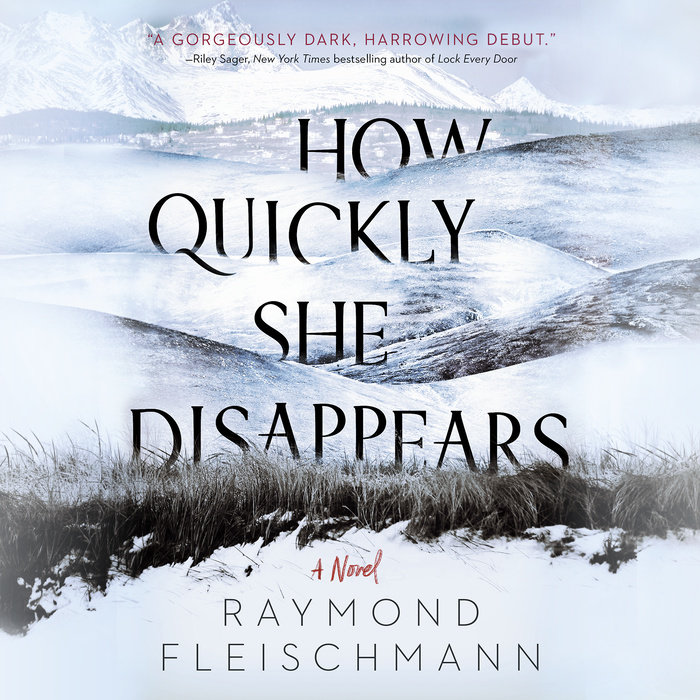 “A novel paced like a thriller but written with the aching grace of literary fiction. A gorgeously dark, harrowing debut.”—Riley Sager, New York Times bestselling author of Lock Every Door

The Dry meets The Silence of the Lambs in this intoxicating tale of literary suspense, set in the relentless Alaskan landscape, about madness and obsession, loneliness and grief, and the ferocious bonds of family....

It's been twenty years since Elisabeth’s twin sister, Jacqueline, disappeared without a trace. Now thirty-year-old Elisabeth is living far from home in a small Alaskan town. She's in a loveless marriage and has a precocious young daughter she loves more than anything but who reminds her too much of her long-missing sister.

But then Alfred, a dangerous stranger with a plan of his own, arrives in town and commits an inexplicable act of violence. And he offers a startling revelation: He knows exactly what happened to Elisabeth's sister, but he'll reveal this truth only if she fulfills his three requests.

Increasingly isolated from her neighbors and imprisoned by the bitter cold and her own obsession, Elisabeth can almost hear her sister's voice saying, Come and find me. And so she will, even if it means putting herself—and her family—in danger.
Read More
An IndieNext and Library Reads Pick!

"Loaded with unexpected turns and the musical prose of a literary novelist at the top of his game."—Associated Press

"A twisted thriller that will keep you guessing, this is a shocker of a story."—Parkersburg News & Sentinel

“Raymond Fleischmann has blessed us with the rarest of gifts, a novel paced like a thriller but written with the aching grace of literary fiction. A gorgeously dark, harrowing debut.”—Riley Sager, New York Times bestselling author of Lock Every Door

“Fleischmann has written a riveting and addictive debut. This novel disturbed me and terrified me, and yet I could not turn the pages fast enough. The writing is flawless, the story haunting, and one that will stay with me for a very long time.”—national bestselling author Diane Les Becquets

"Raymond Fleischmann is going to be one of the buzz names for the new year...A beautiful blend of high tension and literary elegance, both deeply moving and immediately engaging.”—Michael Koryta, New York Times bestselling author of How It Happened

“An author to watch on the literary-thriller scene.”—Booklist, starred review

“Debut thriller with a strong sense of place will appeal to fans of Jane Harper’s The Dry, and those who wished Kristin Hannah’s The Great Alone was a psychological thriller.”—Library Journal

“A compelling exploration of the power of unresolved grief and unanswered questions.”—BookPage

“A masterful psychological thriller that, like the best of the genre, rests squarely on richly developed characters with complicated, sometimes malignant, motivations."—Heather Young, author of the Edgar Award finalist The Lost Girls

"Raymond Fleischmann has crafted a novel of the highest suspense…you'll mourn how quickly the pages go by.”—Lee Martin, author of the Pulitzer Prize Finalist The Bright Forever

“Enthralls from the first page to the last. It's both a gripping, cinematic mystery and a powerful exploration of the way that loss and longing tip into obsession.”—Lydia Fitzpatrick, author of Lights All Night Long

"A novel of exquisite suspense—exhilarating as a winter storm, with glittering prose and characters both haunted and haunting. I whirled through this book, and the final chapters left me breathless."—Miciah Bay Gault, author of Goodnight Stranger