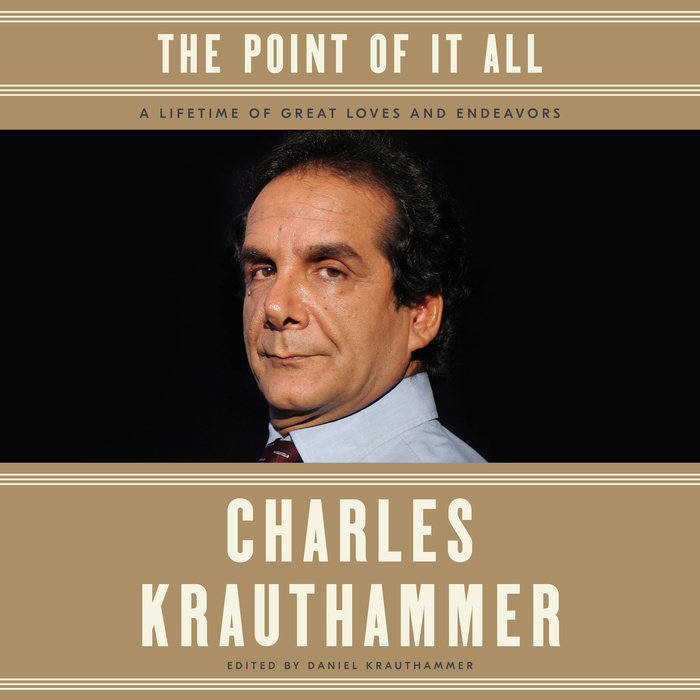 Written by: Charles Krauthammer
Read by: Jeremy Bobb & Daniel Krauthammer
Edited by: Daniel Krauthammer
11 Hours and 5 Minutes Imprint: Random House Audio Genre: Political Science - Essays Release Date: December 04, 2018
Created and compiled by Charles Krauthammer before his death, The Point of It All is a powerful collection of the influential columnist's most important works. Spanning the personal, the political and the philosophical, it includes never-before-published speeches and a major new essay about the effect of today's populist movements on the future of global democracy. Edited and with an introduction by the columnist's son, Daniel Krauthammer, it is the most intimate and profound book yet by the legendary writer and thinker.

In his decades of work as America's preeminent political commentator, Charles Krauthammer elevated the opinion column to a form of art. Whether writing about statecraft and foreign policy or reflecting on more esoteric topics such as baseball, spaceflight and medical ethics, Krauthammer was beloved not only for his penetrating wit and insight but also for his ability to identify the hidden moral truths that animate our politics and culture.

This new collection, which Krauthammer composed before his death in June 2018, features the columns, speeches and unpublished writings that showcase the best of his original thought and his last, enduring words on the state of American politics, the nature of liberal democracy and the course of world history.

The book also includes a deeply personal section offering insight into Krauthammer's beliefs about what mattered most to him--friendship, family and the principles he lived by--all anchored by Daniel Krauthammer's poignant eulogy for his father.

For longtime readers and newcomers alike, The Point of It All is a timely demonstration of what it means to cut through the noise of petty politics with clarity, integrity and intellectual fortitude. It is a reminder of what made Charles Krauthammer the most celebrated American columnist and political thinker of his generation, a revealing look at the man behind the words and a lasting testament to his belief that anyone with an open and honest mind can grapple deeply with the most urgent questions in politics and in life.

With an Introduction and Eulogy by Daniel Krauthammer, read by Daniel Krauthammer
Read More
“For decades, Charles’ words have strengthened our democracy. His work was far-reaching and influential - and…his ideas and values will always be a part of our country.” —George W. Bush

“Charles will be remembered as one of the greatest public intellects of his generation. A true renaissance man, there was no topic too complex for Charles to probe; no party or politician too powerful to challenge…I’m confident his words will continue to inspire all of us to live bravely and think boldly.” —John McCain

“Charles wrote for the right reasons. … To provoke us to think, to enlarge our understanding, at times to make us laugh. Like few others, he succeeded, week after week, Friday after Friday, year after year… he wrote a column of breathtaking range and intelligence and integrity.” —The Washington Post

"A giant, a man who not only defended our civilization but represented what's best in it." —National Review

“A voice of reason and a powerful intellect in Democracy’s cause.” —Condoleezza Rice

“There are people you meet throughout your life that you just know will leave an impact forever. Charles Krauthammer was one of those people. His words and his knowledge and his eloquence on the issues of the day were unsurpassed. He could cut through the noise. He could get to the point better than anybody.” —Bret Baier

“The Point of It All is very wide-ranging, a true Krauthammer sampler. This is Krauthammer in full, or very nearly so. It is a book that says, 'This is what he believed. This is who he was.' As such, it is invaluable.” —Jay Nordlinger
Read More 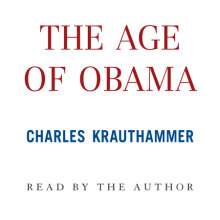 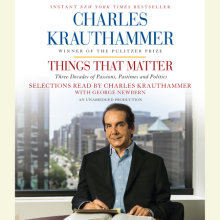