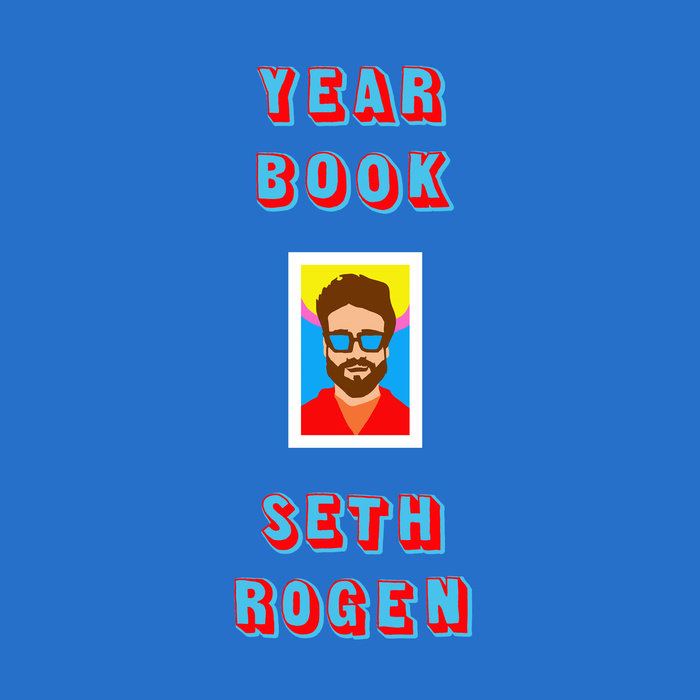 Written by: Seth Rogen
Read by: Seth Rogen & Full Cast
6 Hours and 14 Minutes Imprint: Random House Audio Genre: Biography & Autobiography - Personal Memoirs Release Date: May 14, 2021
National Jewish Book AwardsKobo Emerging Writer Prize
A collection of funny personal essays from one of the writers of Superbad and Pineapple Express and one of the producers of The Disaster Artist, Neighbors, and The Boys. (All of these words have been added to help this book show up in people’s searches using the wonders of algorithmic technology. Thanks for bearing with us!) The audiobook cast features more than 80 voices, including cameos by Rogen’s mom and dad, Nick Kroll, Jay Pharoah, Jason Segel, Dan Aykroyd, Ike Barinholtz, Simon Helberg, Tommy Chong, and Billy Idol.

Hi! I’m Seth! I was asked to describe my audiobook, Yearbook for websites and shit like that, so… here it goes!!!

Yearbook is a collection of true stories that I desperately hope are just funny at worst, and life-changingly amazing at best. (I understand that it’s likely the former, which is a fancy “book” way of saying “the first one.”)

I talk about my grandparents, doing stand-up comedy as a teenager, bar mitzvahs, and Jewish summer camp, and tell way more stories about doing drugs than my mother would like. I also talk about some of my adventures in Los Angeles, and surely say things about other famous people that will create a wildly awkward conversation for me at a party one day.

I hope you enjoy the audiobook should you buy it, and if you don’t enjoy it, I’m sorry. If you ever see me on the street and explain the situation, I’ll do my best to make it up to you.
Read More
“It’s a real treat when a memoir by a comedian is actually as funny and vital as the work that got them into memoir-writing territory, but Yearbook is just that delightful. . . . Amusing and insightful.”—Vulture

“In need of oddball anecdotes and lots of F bombs? Seth Rogen has you covered. . . . Yearbook features a hilarious collection of real-life stories and personal essays that delve into his adolescence and career.”—USA Today

“The actor and writer will have you keeled over in laughter with his memoir, made up of a collection of essays that will make you think about the world differently. . . . Fasten your seatbelts for this page-turner, folks.”—Men’s Journal

“At first I was worried that Seth was writing a book, because I was like, ‘Oh no! What’s he gonna say?’ I was actually scared to even read it. But I’m very happy I did. It’s not really a memoir, like I thought it might be. I guess it’s more of a bunch of funny true stories? Does that make sense? He talks about doing stand-up when he was a kid (I drove him to all his shows!), his grandparents, high school, moving to LA, meeting some famous people, things like that. If I’m being honest, I really wish there wasn’t so much drug talk. Why does he need all that! It’s like, ‘We get it!’ And some of the stories? I mean, they’re entertaining, but I was just shocked they happened and he never told me! Overall, I think it’s more sweet and funny than anything, so I like it, and I’m glad he wrote it, but I’d be even more glad if he called me more.” —Sandy Rogen, Seth’s mother
Read More

Books That Play: Summer Audiobooks to Take With You Anywhere, AnytimeAudiobooks Made for DadsThe Latest Listens for Your Long WeekendSee More