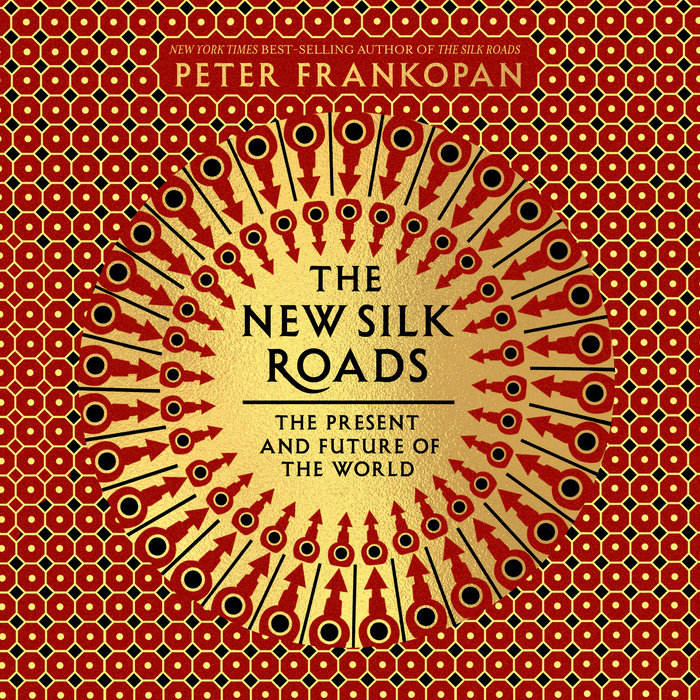 Written by: Peter Frankopan
Read by: Leighton Pugh
6 Hours and 44 Minutes Imprint: Random House Audio Genre: Political Science - World - General Release Date: March 26, 2019
From the bestselling author of The Silk Roads comes an updated, timely, and visionary book about the dramatic and profound changes our world is undergoing right now—as seen from the perspective of the rising powers of the East.

"All roads used to lead to Rome. Today they lead to Beijing." So argues Peter Frankopan in this revelatory new book.

In the age of Brexit and Trump, the West is buffeted by the tides of isolationism and fragmentation. Yet to the East, this is a moment of optimism as a new network of relationships takes shape along the ancient trade routes. In The New Silk Roads, Peter Frankopan takes us on an eye-opening journey through the region, from China's breathtaking infrastructure investments to the flood of trade deals among Central Asian republics to the growing rapprochement between Turkey and Russia. This important book asks us to put aside our preconceptions and see the world from a new—and ultimately hopeful—perspective.
Read More
"Provocative reading for students of geopolitical and economic trends looking for a glimpse at the new world to come."
-Kirkus


“Masterly mapping out of a new world order… Peter Frankopan has gone up in the world since his bestselling Silk Roads history was published to great acclaim in 2015—and deservedly so.”
–Justin Marozzi, Evening Standard

“Frankopan has written another valuable and idiosyncratic book. He has the gift of perspective— the capacity to see the wood for the trees—which he combines with a Tolstoyan knack for weaving little details into the broader sweep of human affairs.”
–Jamie Susskind, The Daily Telegraph

“A pacy, bang-up-to-date exploration of how China’s commercial and political heft is changing the way the world works.”
–James Kynge, Financial Times

“Frankopan has written as prescient a modern history as possible … [His] skill is that he able to step back a few more paces from the world map and global events than most modern commentators, whilst encouraging us to use history as a way of looking forward than regressing into the past.”
–Joseph Wilkins, Total Politics

“A compelling, accessible account of the shift in global economic power... For anyone with an interest in global politics.”
–Nicole Abedee, Financial Review

“If you are only going to read one non-fiction book in the coming year, let it be The New Silk Roads by Dr. Frankopan... This book has all the answers and some more.”
–Qudsia Sajjad, News on Sunday

"[D]iverting, eclectic and has serious intent. Its thesis that Eurasia is developing a sense of cohesion, largely powered by China’s restless ambition, is a sound one."
–Roger Boyes, The Times

“Entertaining. . . . Peter Frankopan has a sharp eye for startling facts, and no reader will leave The New Silk Roads with her sense of the state of the world unchanged”
—Richard Drayton, Times Literary Supplement