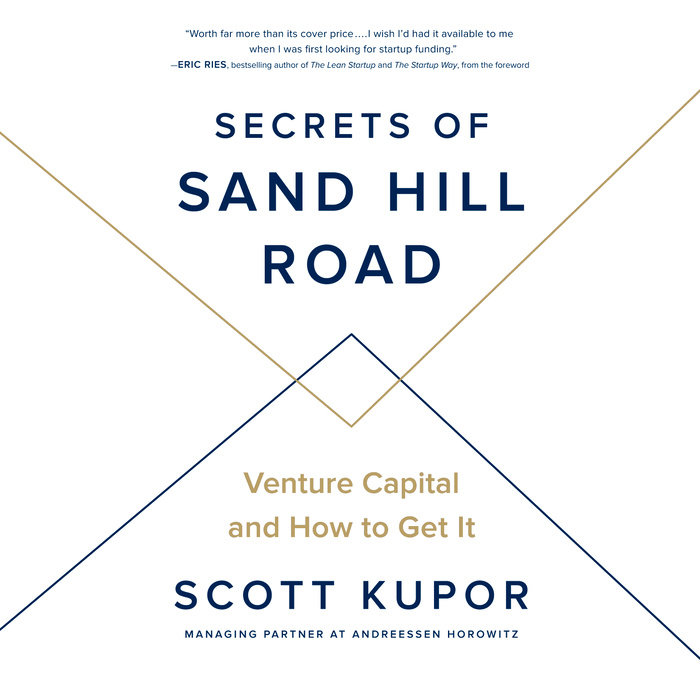 Written by: Scott Kupor
Read by: Sean Runnette
Foreword by: Eric Ries
9 Hours and 48 Minutes Imprint: Penguin Audio Genre: Business & Economics - Corporate Finance - Venture Capital Release Date: June 04, 2019
What are venture capitalists saying about your startup behind closed doors? And what can you do to influence that conversation?

If Silicon Valley is the greatest wealth-generating machine in the world, Sand Hill Road is its humming engine. That's where you'll find the biggest names in venture capital, including famed VC firm Andreessen Horowitz, where lawyer-turned-entrepreneur-turned-VC Scott Kupor serves as managing partner.

Whether you're trying to get a new company off the ground or scale an existing business to the next level, you need to understand how VCs think. In Secrets of Sand Hill Road, Kupor explains exactly how VCs decide where and how much to invest, and how entrepreneurs can get the best possible deal and make the most of their relationships with VCs. Kupor explains, for instance:

*  Why most VCs typically invest in only one startup in a given business category.
*  Why the skill you need most when raising venture capital is the ability to tell a compelling story.
*  How to handle a "down round," when startups have to raise funds at a lower valuation than in the previous round.
*  What to do when VCs get too entangled in the day-to-day operations of the business.
*  Why you need to build relationships with potential acquirers long before you decide to sell.

Filled with Kupor's firsthand experiences, insider advice, and practical takeaways, Secrets of Sand Hill Road is the guide every entrepreneur needs to turn their startup into the next unicorn.

*Includes a PDF of graphs and a glossary
Read More
"Worth far more than its cover price... I wish I'd had it available to me when I was first looking for startup funding."
Eric Ries, bestselling author of The Lean Startup and The Startup Way, from the foreword

"As someone who’s helped a small company become a huge, valuable company, I know firsthand the power of the startup ecosystem and entrepreneurship. This book is the definitive book on navigating VC as part of that."
Eric Schmidt, former executive chairman and CEO of Google; technical advisor, Alphabet

“I’ve observed thousands of founders and thought a lot about what it takes to create something important and to achieve outlier success. Kupor’s book takes founders who want to do both through everything from how VCs raise money and evaluate deals, to how to think about term sheets and set up boards. It’s a valuable resource for any founder who wants to work with VCs.”
Sam Altman, partner and president Y Combinator; co-founder of OpenAI

“As more and more startups consider an IPO, it is exciting for us to play a part in giving millions of new investors the opportunity to share in the value and future growth of these seminal companies. But it all begins with the early investors who ‘venture’ into uncharted territory to help make these companies possible, by backing the entrepreneurs behind them. Secrets of Sand Hill Road is the definitive guide to how to engage the VC community, including governance and other best practices in a startup’s journey to a successful public company.
Adena Friedman, President and CEO of Nasdaq; former managing director and CFO, Carlyle Group

“From acquiring startups, to leading a company, to working to select the next leader of an iconic company, I’ve seen it all. It’s become clear to me that startups drive the kind of innovation that big companies can’t easily do. Secrets of Sand Hill Road provides a useful overview for the next generation of leaders seeking to start such companies.”
John W. Thompson, chairman, Microsoft; former CEO of Symantec

“Despite its explosive growth, the world of venture capital remains mysterious to many entrepreneurs seeking funding and to the public more generally. Scott Kupor provides an informative account of the way in which these investors select and nurture young companies.
Josh Lerner, head of the Entrepreneurial Management Unit at Harvard Business School

Andreessen Horowitz’ managing partner Scott Kupor has written an indispensable guide for anyone with a big idea and an even bigger dream. Just as important, he gives the best explanation yet for policymakers about how entrepreneurs and venture capital together create the deep magic that generates technological progress, economic growth, and a better world for more people.
James Pethokoukis, fellow at the American Enterprise Institute; former columnist at Reuters Breakingviews
Read More 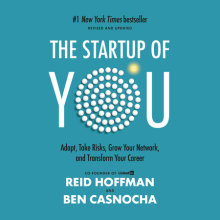 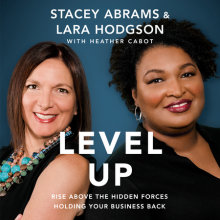 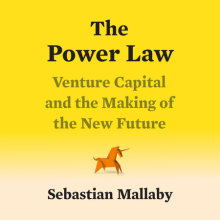