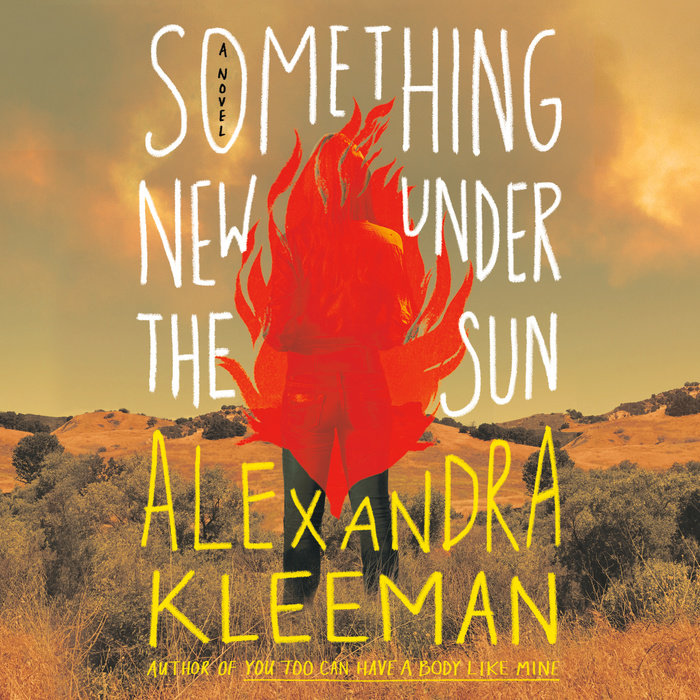 “An urgent novel about our very near future, and a deeply addictive pleasure.”—Katie Kitamura, author of Intimacies

Novelist Patrick Hamlin has come to Los Angeles to oversee the film adaptation of one of his books and try to impress his wife and daughter back home with this last-ditch attempt at professional success. But California is not as he imagined. Drought, wildfire, and corporate corruption are everywhere, and the company behind a mysterious new brand of synthetic water seems to be at the root of it all. Patrick finds an unlikely partner in Cassidy Carter—the cynical starlet of his film—and the two investigate the sun-scorched city, where they discover the darker side of all that glitters in Hollywood.

Something New Under the Sun is an unmissable novel for our present moment—a bold exploration of environmental catastrophe in the age of alternative facts, and “a ghost story not of the past but of the near future” (The New York Times).
Read More
“Kleeman is a visionary writer . . . She’s also very funny. These two qualities are shown to great effect here, as she turns her attention to the movie business, our looming climate crisis, corporate malfeasance and the Disney child star system. It’s a brilliant, ambitious book.”—Refinery29

“With nods to Beckett and Stoppard, Kleeman juxtaposes fiery doom with passages of sharp, absurdist dialogue and a sprinkle of one-liners reminiscent of Fleabag.”—Instyle

“The varieties of emergency—ecological, psychological, familial, medical—are the half-hidden subject of Kleeman’s novel, burning at the periphery of what begins as a modishly detached rollick through Hollywood and its empty promises. . . . It is a ghost story not of the past but of the near future, a ghost story as alarm bell, one hard to leave in the realm of fiction.”—The New York Times

“Kleeman’s world is unsettled, but so is ours. And she leans into that unsettledness to create a world that is just a few notches more uncanny than our own, starkly making the absurdity of ours that much more clear.”—Nylon

“Kleeman’s great skill, and this novel’s abiding triumph, is how seamlessly she blends the horrific with the mundanely troubling, the ridiculous—or the impossible—with the ordinarily absurd.”—LA Review of Books

“Throughout, Kleeman writes expressively about place and the manifold ways our lives are shaped by our imperiled environment, foregrounding the slow-motion catastrophe of climate change and its attendant anxieties.”—Vulture

“Because this is an Alexandra Kleeman novel, none of it goes where you think it’s going to, but it’s all so wildly entertaining and beautifully written that it really doesn’t matter where you end up.”—Literary Hub

“Written with tremendous verve and flair, Something New Under the Sun is both an urgent novel about our very near future and a deeply addictive pleasure. . . . Kleeman is a phenomenon, one of the most brilliant and gifted writers at work today.”—Katie Kitamura

“A magnificent and stunning novel, by turns hilarious, satirical, moving, and so very, very much what we need in these uncertain times.”–Jeff VanderMeer

“With this novel, Alexandra Kleeman confirms her place as one of the major writers of her generation. Reading it is like looking at a familiar room through warped glass: What you perceive is distorted and unsettling while remaining curiously beautiful.”—Esmé Weijun Wang

“Something New Under the Sun is a richly rendered ecological novel, characterized not only by how it sets the landscape but also by the fact that the landscape is quite often allowed to run the show.  Kleeman is at her very best here. This is a book I’ll be thinking about for years to come.”—Kristen Arnett

“Readers will be captivated by this intelligent, rip-roaring story.”—Publishers Weekly
Read More