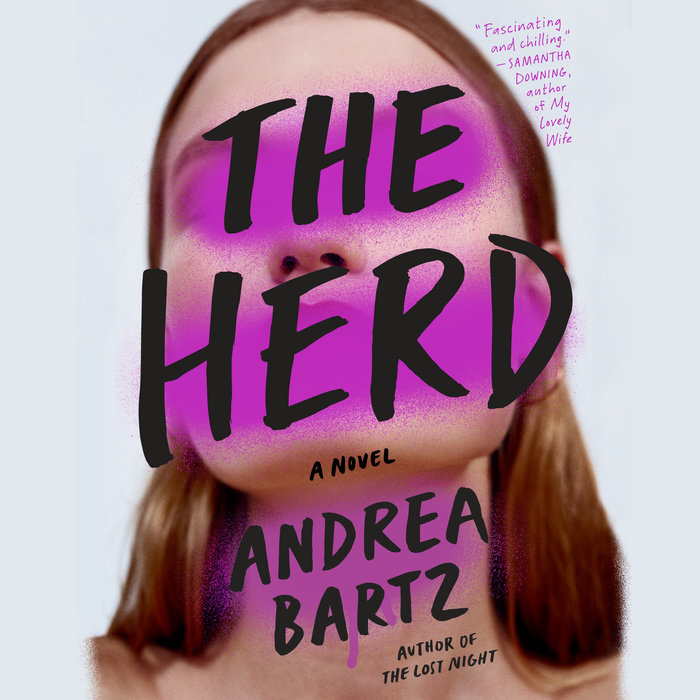 Written by: Andrea Bartz
Read by: Karissa Vacker & Emily Woo Zeller
10 Hours and 52 Minutes Imprint: Random House Audio Genre: Fiction - Thrillers - Suspense Release Date: March 24, 2020
Why did the founder of a glamorous coworking space for women disappear? Her best friends will risk everything to uncover the truth in this “propulsive thriller” (Marie Claire) from the New York Times bestselling author of the Reese’s Book Club pick We Were Never Here.

As CEO of the Herd, an elite women-only coworking space, Eleanor Walsh seems to have it all: close friends, a sweet husband, and the most glamorous and successful female-empowerment-based company in New York City. Then she vanishes on the night of a glitzy press conference—and the police suspect foul play.

For Hana, the head of PR for the Herd and Eleanor’s best friend, this is a nightmare. For Hana’s sister, Katie, a journalist, this is the story that will make her career. But when the sisters launch their own investigation and begin to learn what Eleanor was hiding, they must also face the secrets they’ve been keeping from each other—and confront just how dangerous it can be when women’s perfect veneers start to crack.
Read More
“Andrea Bartz breathes new life into the psychological thriller by setting her novels in bitingly modern settings. Her first book, The Lost Night, is set in Williamsburg’s party scene; The Herd is a biting satire of a women’s workspace like the Wing, and the darkness that may lurk behind that perfectly coiffed sitting room.”—O: The Oprah Magazine

“This thriller offers a nonstop plot and layers of mystery—not to mention smart commentary on female friendships and social media.”—Real Simple

“As she did in her debut The Lost Night, Andrea Bartz constructed a complex cast of female characters who will make ‘feminist thriller’ your new favorite genre. Read The Herd ASAP—but maybe not at a coworking space.”—HelloGiggles

“Her hard-hitting debut, The Lost Night, has made Andrea Bartz one to watch, and her second novel, The Herd, confirms her reputation. . . . As someone whose building was recently taken over by a WeWork and who now has to wait ten minutes for the elevator, I can’t endorse this book enough.”—CrimeReads

“Darkness swirls beneath the surface of the idyllic setting at the center of this thriller. From its gorgeously haunting opening to its spine-chilling final lines, The Herd delivers an astute exploration of female ambition in a world that tries like hell to keep women down. You won’t be able to stop reading this dazzling nail-biter until you unearth every last secret its characters keep buried.”—Megan Collins, author of The Winter Sister

“Andrea Bartz has created another deliciously twisty thriller that is so much more than a page-turner. At its heart, The Herd is an ambitious novel about the complex dynamics of an exclusive all-female coworking space—empowering yet cut-throat, open yet exclusive. Filled with insights and biting social commentary about the commoditization of female ambition, The Herd is sure to be one of the spring’s buzziest must-reads.”—Angie Kim, bestselling author of Miracle Creek

“The Herd begins by following the recipe for a classic whodunit, but a backdrop that speaks to the modern Millennial woman makes this thriller feel fun and fresh. . . . A fast-paced look at friendship, family, ambition and what can happen when carefully built facades start to crumble.”­—San Francisco Chronicle

“Bartz packs in plenty of twists, with a deliberate pace that picks up speed at the end. Surprises and suspense married with themes on the nature of womanhood and sisterhood make this ideal for fans of Paula Hawkins’s The Girl on the Train or Gillian Flynn’s Sharp Objects.”—Library Journal
Read More 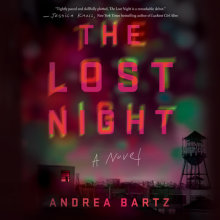