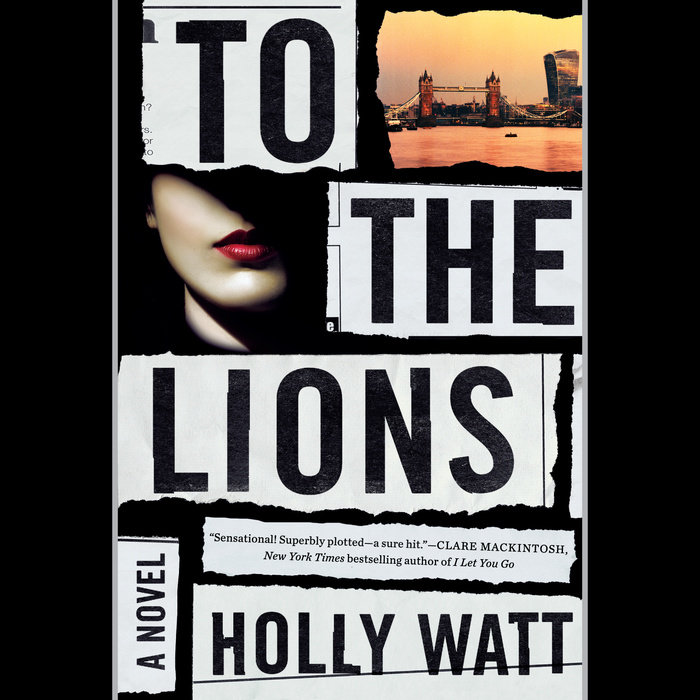 Written by: Holly Watt
Read by: Katharine Lee McEwan
12 Hours and 14 Minutes Imprint: Penguin Audio Genre: Fiction - Thrillers - Suspense Release Date: September 03, 2019
An international thriller featuring a female journalist who stumbles upon a dark conspiracy, and her determination to follow the clues, no matter how far that takes her.

Casey Benedict, star reporter at the Post, has infiltrated the lives and exposed the lies of countless politicians and power players. Using her network of contacts, and her ability to slip into whatever identity suits the situation, Casey is always on the search for the next big story, no matter how much danger this might place her in, or what the cost might be, emotionally.

Tipped off by an overheard conversation at an exclusive London nightclub, she begins to investigate the apparent suicide of a wealthy young British man whose death has left his fiancée and family devastated. The young man's death, however, is only the tipping point of a much more sinister and dangerous scandal involving the world's most powerful leaders and magnates—men who are gathering in northern Africa for an extreme and secret hunt. With fellow reporter Miranda and combat veteran Ed by her side, Casey's determined hunt for the truth will take her from the glitz of St. Tropez to the deserts of Libya and on to the very darkest corners of the human mind.
Read More
*Winner of the 2019 Steel Dagger Award*
*Shorlisted for Best Debut, Capital Crime Award*
*Shortlisted for the 2019 Wilbur Smith Adventure Writing Prize*
*Chosen as a London Times, Sunday Times, Telegraph, and Guardian book of the year*

"At its heart this is a first-rate Fleet Street novel... equally good on the spy-like ploys used by undercover hacks as it is on tensions and teamwork in the newsroom."
—The Sunday Times (London)

“Pacy and genuinely thrilling. Watt has lived her story and that is the main draw, but she is also a proper writer with a fine turn of phrase. This promises to be an outstanding series.”
—The Telegraph

"[A] superbly plotted debut... frighteningly plausible and utterly unforgettable! This is a rollercoaster of a book... To the Lions is quite sensational."
—Crime Review

“Watt thoroughly mines her journalism creds, bringing the hectic, often dangerous job of an investigative reporter to vivid life, throwing readers right into the middle of the manic inner workings of a bustling broadsheet before setting them loose in a lawless desert wasteland where human life is cheap. The crime at the heart of this tale is nothing short of horrific, and Watt's narrative sparks and crackles with dread, leading brave readers on a harrowing exploration of unthinkable evil and what it means to bear witness. A terrifying and unforgettable journey.”
—Kirkus

“A white-knuckled, adrenaline-fueled thrill ride. Visceral storytelling enhances a harrowing plot that continually ratchets up tension while spotlighting the global refugee crisis, debating journalistic ethics, and contemplating the value of an individual life. Watt is off to a strong start.”
—Publishers Weekly

"To the Lions demonstrates Watt’s understanding of the world her characters inhabit, from the newsroom to the foreign locations. The novel gets straight into the action and it’s good to have a tough female lead for this kind of story, a traditionally male preserve."
—NB Magazine

"Sensational! I loved it. Superbly plotted... A sure hit."
—Clare Mackintosh, internationally bestselling author of I Let You Go, I See You, and Let Me Lie

“A globe-trotting tale of investigative journalism that crackles with the energy of peak James Ellroy.”
—Mark Edwards, bestselling author of Follow You Home

"This book is astonishing. Containing the most horrific concept for a crime novel I’ve ever encountered, it manages also to be beautifully written and tragic. It made me question the value we put on human life and consider what it means to be human. Utterly unforgettable."
—Emma Flint, bestselling author of Little Deaths

"An amazing book … Completely riveting ... A breath-holding roller coaster of a read, which opens doors and windows into the way the world is that are genuinely shocking."
—Manda Scott, author of A Treachery of Spies

"Tightly plotted, frighteningly plausible and packed with insider-knowledge, To the Lions is an astonishing debut. Holly Watt has written something really special."
—M. W. Craven, author of The Puppet Show

"This fast-paced thriller follows journalist Casey Benedict on a dark trail of murder, political corruption and lies in a well-told tale that grabs from the very first page."
—i Magazine

"A most promising debut from a new British author … Much derring do and insights into the journalistic life blend to make this thriller a fast and involving read, with a heroine not always adept at balancing private and public life and all the more likeable for that."
—Crime Time blog

"At its heart this is a book about the nature of human evil in the modern world. Watt spends time covering the vast gulf between rich and poor, but the book never feels preachy. Instead it’s powerful and effective and made me think more than a thriller has for a while. Make no mistakes though, this is a thriller. It’s a page turning tour de force told with passion and conviction and one of the most impressive debuts I’ve read for a while."
—Criminolly blog