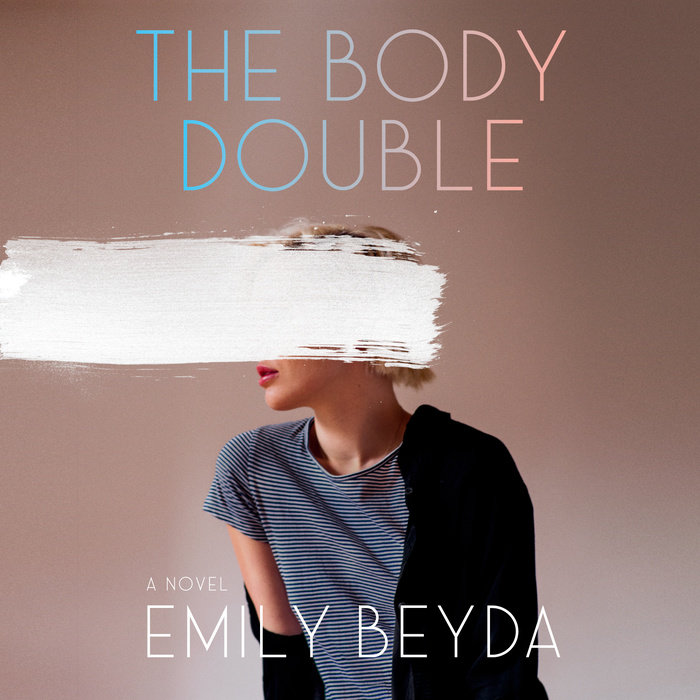 Written by: Emily Beyda
Read by: Emily Rankin
12 Hours and 27 Minutes Imprint: Random House Audio Genre: Fiction - Thrillers - Suspense Release Date: March 03, 2020
A dark, glittering debut novel echoing Hitchcock's Vertigo, The Body Double is the suspenseful story of a young woman who is recruited by a stranger to give up her old life and identity to impersonate a reclusive Hollywood star.

A strange man discovers our nameless narrator selling popcorn at a decrepit small-town movie theater and offers her an odd and lucrative position: she will forget her job, her acquaintances, even her name, and move to Los Angeles, where she will become the body double of the famous and troubled celebrity Rosanna Feld. A nervous breakdown has forced Rosanna out of the public eye, and she needs a look-alike to take her place in the tabloid media circus of Hollywood. Overseen by Max, who hired her for the job, our narrator spends her days locked up in a small apartment in the hills watching hidden camera footage of Rosanna, wearing Rosanna's clothes, eating the food Rosanna likes, practicing her mannerisms, learning to become Rosanna in every way. But as she makes her public debut as Rosanna, dining at elegant restaurants, shopping in stylish boutiques, and finally risking a dinner party with Rosanna's true inner circle, alarming questions begin to arise. What really caused Rosanna's mental collapse? Will she ever return? And is Max truly her ally, or something more sinister? The Body Double is a fabulously plotted noir about fame, beauty, and the darkness of Hollywood.
Read More
A Murder and Mayhem Best Thriller of 2020

An Austin Chronicle and CrimeReads Most Anticipated Book

"Haunting... Beyda seeks to give you the dirty underbelly of the L.A. facade — the obsessive mindset it takes to render the illusion of an easy life with stylized friends at fashionable places, wine drunk from fishbowl-sized glasses as the sun sets into a pristine — from this angle — ocean... The insistence on visual perfection is paramount. It maintains the illusion that, for a privileged few at least, gold still glitters."
—Art Edwards, Los Angeles Review of Books

“The Body Double... takes a sharpened knife to Tinseltown's perverse worship of celebrity and stardom, all of which leads to a surreal blurring of identities. Where does the person end and the star begin? Or is there only the star?... Beyda's tale is creepy, yes, but enthralling, too, and a trenchant reminder that if we wish to remain wonderful people, we might want to stay in the dark.”
—Robert Faires, Austin Chronicle

"Fame and power, artifice and beauty — Emily Beyda has a lot on her mind, suffusing The Body Double with a power that will linger with readers, bubbling to the surface at every breathless turn of our celebrity-obsessed culture. Her talent and ability to move us, recombining ancient tropes with the media we consume and internalize, makes The Body Double a dazzler, definitely on my personal list of best debuts of the year.”
—Paula L. Woods, Los Angeles Times

"The Body Double adeptly dissects the lure and, conversely, the demands that come with celebrity life in Hollywood, especially the loneliness of being famous for only being famous. Beyda shines especially in detailing the emotional, nail-biting transition of the faux Rosanna from a nobody to a somebody, and then descending into the madness of no longer knowing who she truly is.”
—Shelf Awareness

"Emily Beyda's book is so good she doesn't need a blurb from me."
–Eve Babitz

"Emily Beyda spins gorgeous prose around the black hole at the center of The Body Double. An existential thriller that vibrates at the uncanny pitch where screaming might be laughter, and a haunting portrait of a young woman as she disappears into the sinkhole of the camera. The Narcissus-funhouse of Hollywood, the moonlit windows of Los Angeles, the two-way mirror of consciousness—Beyda arrows directly for the crack in the glass."
–Karen Russell, author of Swamplandia!

"“A hypnotic deep-dive into notions of female identity and visibility; it’s a lyrical nightmare that renders LA a prison, and the self a collapsible construct. The Body Double sucks you in with reflected glamour, and masterfully spits you out the same way Hollywood does— transfixed, disposable, wanting more.”
–Caite Dolan-Leach, author of We Went to the Woods

"The Body Double is a deft, dark, and surprisingly unusual Hollywood story, cinematic in both substance and in style. Beyda's confident debut is both assured and unsettling. It's a noir, sure, but so much more—a tale for our times about the dangers of artifice, identity, and fame."
–Ivy Pochoda, author of Wonder Valley and Visitation Street

"Compelling and provocative and fiercely intelligent. Emily Beyda's writing is a thrill."
–Jennifer duBois, author of Cartwheel and The Spectators

"The Body Double is an epic read and Emily Beyda is a thrilling writer. Fame, beauty, youth, and artifice have rarely been mined for such narrative gold. Fantastic in every sense of the word."
—Elisa Albert, author of After Birth

"A treat... An exploration of women’s identities merging can be fertile ground to play with notions of gender and identity, and never-more-so than in The Body Double."
–CrimeReads

"Beyda's moody debut plays on the conventions of film noir, with a special nod to Alfred Hitchcock's Vertigo… Has the potency and sense of inevitability of a particularly vivid dream… Absorbing.”
–Booklist

"Well executed... lush and operatic... As she meets her fate with slow-burning horror, the unnamed woman fades like a ghost in a haunted house, its rooms as hollow as the empty promise of stardom. A nightmarish and unsettling story.”
–Kirkus Reviews

"Eerie... Beyda favors a slow-burning, deliberate pace, but her psychological thriller weaves a shroud of menace and anxiety. This auspicious debut will get under the reader’s skin and stay there."
–Publishers Weekly