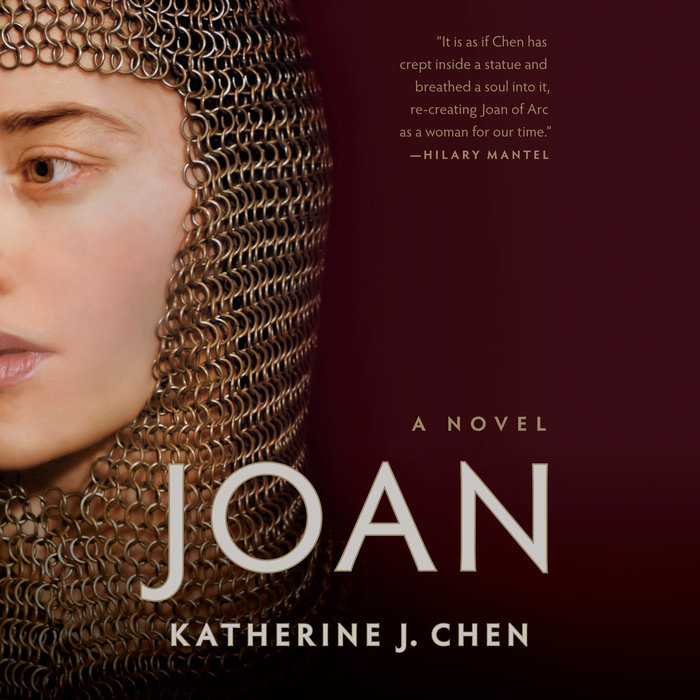 Written by: Katherine J. Chen
Read by: Hannah Morrish
14 Hours and 7 Minutes Imprint: Random House Audio Genre: Fiction - Historical - Medieval Release Date: July 05, 2022
“This is not your grandmother’s St. Joan. . . . If every generation gets the Joan it deserves, ours could do worse than an ass-kicking, avenging angel fighting simply for the right to fight.”—The New York Times Book Review

“It is as if Chen has crept inside a statue and breathed a soul into it, re-creating Joan of Arc as a woman for our time.”—Hilary Mantel, #1 New York Times bestselling author of the Booker Prize winner Wolf Hall

“A secular reimagining and feminist celebration of the life of Joan of Arc that transforms the legendary saint into a flawed yet undeniable young woman.”—USA Today

1412. France is mired in a losing war against England. Its people are starving. Its king is in hiding. From this chaos emerges a teenage girl who will turn the tide of battle and lead the French to victory, becoming an unlikely hero whose name will echo across the centuries.

In Katherine J. Chen’s hands, the myth and legend of Joan of Arc is transformed into a flesh-and-blood young woman: reckless, steel-willed, and brilliant. This meticulously researched novel is a sweeping narrative of her life, from a childhood steeped in both joy and violence, to her meteoric rise to fame at the head of the French army, where she navigates the perils of the battlefield and the equally treacherous politics of the royal court. Many are threatened by a woman who leads, and Joan draws wrath and suspicion from all corners, while her first taste of fame and glory leaves her vulnerable to her own powerful ambition.

With unforgettably vivid characters, transporting settings, and action-packed storytelling, Joan is a thrilling epic, a triumph of historical fiction, as well as a feminist celebration of one remarkable—and remarkably real—woman who left an indelible mark on history.
Read More
“The only miracles enacted in these pages are the ones the writer herself pulls off: In Joan, Ms. Chen retrieves the worn fragments of Joan of Arc’s story and assembles them into a narrative that’s eerie, austere and just this side of plausible. To do so is no small feat.”—Maureen Corrigan, The Wall Street Journal

“Chen’s Joan has a scrappy, resilient childhood filled with both abuse and love. She grows up learning to fight, but always for justice on behalf of the people and country she loves.”—The Washington Post

“This Joan is no pious maiden but a strong soldier and smart military strategist and logistician; and yes, she really did pull an arrow out of her own neck.”—Margaret Atwood (on Twitter)

“An epic take on the life of Joan of Arc, Chen’s Joan reimagines the martyr as a secular, fierce, intelligent young warrior and woman, humanized and ripe for our time.”—Parade

“We all know the story of teenage Joan of Arc, but this electrifying novel fleshes her out as a passionate young woman who defied convention (and then some!). A vivid and very real slice of historical fiction that tears along towards her fateful ending.” —Good Housekeeping (UK)

“[A]n immersive evocation of a character whose name everyone knows, all these centuries later, but whom, perhaps, none of us knows at all.”—BookPage

“Chen’s brilliantly imagined novel breathes new life into this famous tale. Her Joan is a riotous tomboy, a hot-headed adolescent and a decidedly unsaintly soldier – and is all the more inspiring for it. A triumph of historical fiction.”—Mail on Sunday (UK)

“A brilliant exploration of how an otherworldly peasant girl became a leader of violent men and a national icon.”—The Guardian (UK)

“Beautifully written and confidently told, this is a story of how feminine strength and will can change the world.”—Megan Chance, bestselling author of A Splendid Ruin

“With Joan, Chen has created nothing short of a masterpiece, a wholly original novel that inspires one’s mind and awakens one’s soul.”—Alyson Richman, USA Today and internationally bestselling author of The Lost Wife

“This Joan is of the earth—scrappy and strong, resilient and curious. . . . An ambitious, thrilling novel, rich with captivating detail.”—Fiona Davis, New York Times bestselling author of The Magnolia Palace
Read More 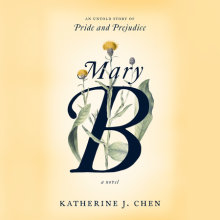