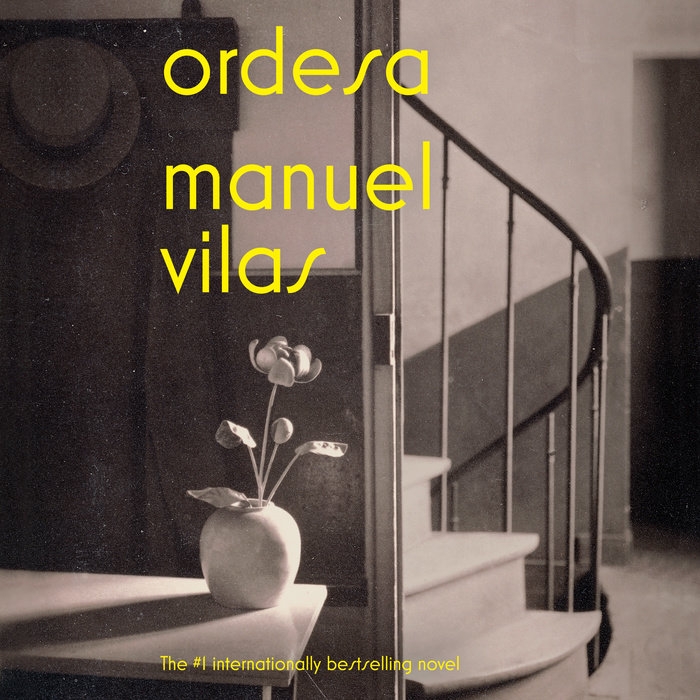 The #1 international bestselling phenomenon—a profound and riveting story of love, loss, and memory.

A man at a crossroads in the middle of his life considers the place where he’s from, and where his parents have recently died. In the face of enormous personal tumult, he sits down to write. What follows is an audacious chronicle of his childhood and an unsparing account of his life’s trials, failures, and triumphs that becomes a moving look at what family gives and takes away.

With the intimacy of a diarist, he reckons with the ghosts of his parents and the current specters of his divorce, his children, his career, and his addictions. In unswervingly honest prose, Vilas explores his identity after great loss—what is a person without a marriage or without parents? What is a person when faced with memories alone? Already an acclaimed poet and novelist in Spain, Vilas takes his work to a whole new level with this autobiographical novel; critics have called it “a work of art able to cauterize pain.”

Elegiac and searching, Ordesa is a meditation on loss and a powerful exploration of a person who is both extraordinary and utterly ordinary—at once singular and representing us all—who transforms a time of crisis into something beautiful and redemptive.
Read More
Praise for Ordesa:

“Manuel Vilas writes both novels and poetry, and this book falls somewhere in between. It’s a meditation on yearning, solitude, and self; a soul storm, a mirage of phantom figures—resurrected images of dead ancestors, childhood memories, the changing face of Spain itself. And all of these visions come in waves to Manuel after his parents’ deaths, as he struggles to make sense of his own midlife sorrow and emptiness. It’s a book of deep reckoning—of the meaningful and mundane—but written with an airy, even whimsical touch. . . . Despite the melancholy at its heart, this is ultimately a book of light.” —The New York Times Book Review

“It's beyond impressive that Vilas can pack so much emotional resonance into [these] pages without resorting to anything manipulative. And when it comes to limning the everyday sadnesses of the world, Vilas is a master.” —NPR

“[A] sober yet elegant autobiographical novel...Painfully observant and poetically inclined…” —The New Yorker

“Sometimes there arises a snapshot so striking and definitive it resembles the universal. Manuel Vilas’ Ordesa is one such novel...With the cadence of poetry, Ordesa unearths a fraught but tender reality in which each moment we’ve inhabited with those we love is synonymous with the present moment—inextricable from everything that comes after.” —ZYZZYVA

“Poignant and sensitive portrait of a wounded man . . . A journey both nostalgic and melancholic.” —Library Journal (starred review)

“Vilas is a Spanish poet, novelist, and essayist born in 1962 who has enjoyed critical and commercial success in his homeland with this book. . . . Vilas also conveys—and Rosenberg smoothly translates—many moments of pain and happiness any reader might recognize as the narrator plunges into the maelstrom of closely examined memory. A dark and challenging but emotionally rich work.” —Kirkus Reviews

“Vibrant English-language debut . . . Despite lacking a central arc, the novel hums with magnetic and lively scenes. This is an indelible portrait of a man facing the costs of a life dedicated to remembrance.” —Publishers Weekly

“Ordesa is a poet’s novel, or maybe a novelist’s prose poem. It’s both things at once, and also the saddest and most candid autobiography I’ve read in recent times. I’ve been through this book twice and I still don’t know how Vilas does it. I know, however, that this book is a gift, and maybe that’s enough.”  —Juan Gabriel Vásquez, author of The Shape of the Ruins

“[Ordesa] is the album, the archive, the memory without lies or consolation. . . . What’s left in the end is the clean emotion of truth and the distress of everything lost.”  —Antonio Muñoz Molina, author of Like a Fading Shadow

“A book full of compassion towards the underdogs of history, the everyday men. An extraordinary book.”  —El País (Spain)
Read More