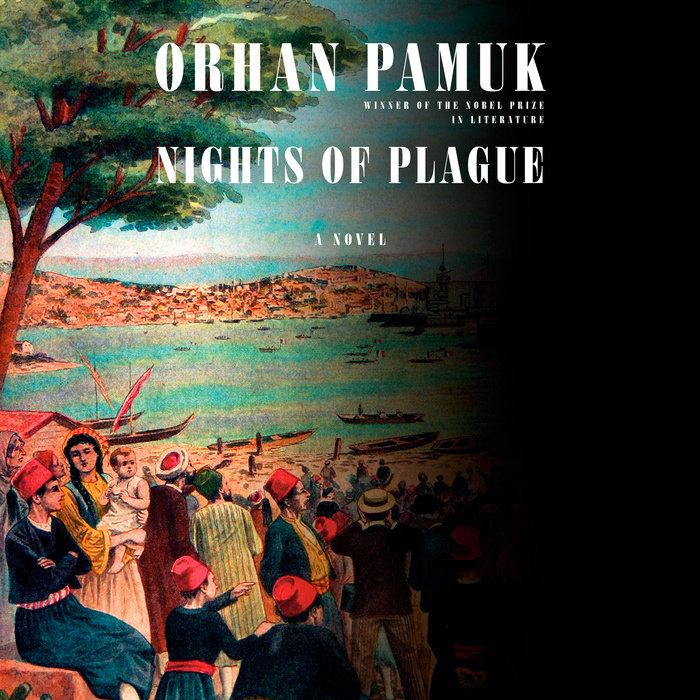 It is April 1900, in the Levant, on the imaginary island of Mingheria—the twenty-ninth state of the Ottoman Empire—located in the eastern Mediterranean between Crete and Cyprus. Half the population is Muslim, the other half are Orthodox Greeks, and tension is high between the two. When a plague arrives—brought either by Muslim pilgrims returning from the Mecca or by merchant vessels coming from Alexandria—the island revolts.

To stop the epidemic, the Ottoman sultan Abdul Hamid II sends his most accomplished quarantine expert to the island—an Orthodox Christian. Some of the Muslims, including followers of a popular religious sect and its leader Sheikh Hamdullah, refuse to take precautions or respect the quarantine. And then a murder occurs.

As the plague continues its rapid spread, the Sultan sends a second doctor to the island, this time a Muslim, and strict quarantine measures are declared. But the incompetence of the island’s governor and local administration and the people’s refusal to respect the bans doom the quarantine to failure, and the death count continues to rise. Faced with the danger that the plague might spread to the West and to Istanbul, the Sultan bows to international pressure and allows foreign and Ottoman warships to blockade the island. Now the people of Mingheria are on their own, and they must find a way to defeat the plague themselves.

Steeped in history and rife with suspense, Nights of Plague is an epic story set more than one hundred years ago, with themes that feel remarkably contemporary.
Read More
A New Yorker Best Book of the Year

“Nights of Plague, Pamuk’s 11th — and longest — novel, is a real book about an imaginary place, Mingheria, an island in the eastern Mediterranean between Crete and Cyprus...Like William Faulkner, who provided a map of his fictional Yoknapatawpha County, Pamuk places a map of Mingheria (capital: Arkaz) at the beginning of his book...Like works by Albert Camus, Daniel Defoe and Alessandro Manzoni  (whose “The Betrothed” provides an epigraph), this is a plague narrative, a record of Mingheria’s deadly yearlong ordeal...But “Nights of Plague” is also an origin story, an account of how a proud island nation achieved its sovereignty... A story that should resonate loudly with the current pandemic. . . . Thrilling." --Steven G. Kellman, Los Angeles Times

"As it pivots between saga and satire, mystery and pseudo-history...[Pamuk] shows nous, charm and cunning as he keeps his bulky cargo afloat and on the move. If this generous hybrid of epidemic soap opera and novel of ideas has becalmed patches, it stirs the senses and flexes the mind. You will be sad to leave lavishly imagined Mingheria, where ‘a view of the sea and a trace of its scent’ can always ‘make life seem worth living again’." --Boyd Tonkin, The Spectator

"One of the most interesting books I’ve read this year...[Pamuk] flout[s] the normal rules of storytelling...And yet none of these infringements of literary convention seems to matter much when set against the exuberance of Pamuk’s invention...a compendium of literary experiments, ludic, audacious, exasperating and entertaining." --Lucy Hughes-Hallett, The Guardian

"Deftly blending rich realism and wry social commentary, Turkish Nobel laureate Pamuk...delivers an invented history that leverages the all-too-familiar experience of a deadly pandemic to return to one of his cherished topics: Ottoman bureaucratic and social reform...Pamuk is always a must-read, and the potency and timeliness of this novel will stir even more interest." --Brendan Driscoll, Booklist (starred review)