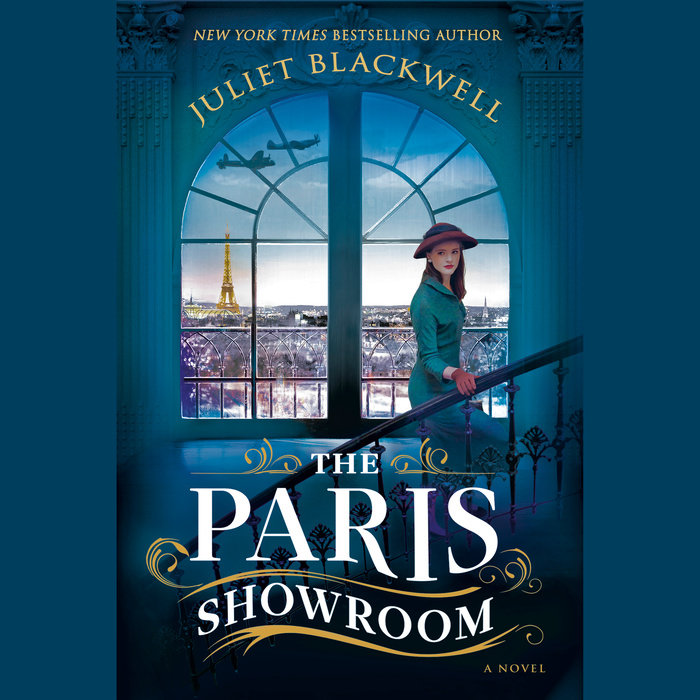 Capucine Benoit works alongside her father to produce fans of rare feathers, beads, and intricate pleating for the haute couture fashion houses. But after the Germans invade Paris in June 1940, Capucine and her father must focus on mere survival—until they are betrayed to the secret police and arrested for his political beliefs. When Capucine saves herself from deportation to Auschwitz by highlighting her connections to Parisian design houses, she is sent to a little-known prison camp located in the heart of Paris, within the Lévitan department store.

There, hundreds of prisoners work to sort through, repair, and put on display the massive quantities of art, furniture, and household goods looted from Jewish homes and businesses. Forced to wait on German officials and their wives and mistresses, Capucine struggles to hold her tongue in order to survive, remembering happier days spent in the art salons, ateliers, and jazz clubs of Montmartre in the 1920s.

Capucine’s estranged daughter, Mathilde, remains in the care of her conservative paternal grandparents, who are prospering under the Nazi occupation. But after her mother is arrested and then a childhood friend goes missing, the usually obedient Mathilde finds herself drawn into the shadowy world of Paris’s Résistance fighters. As her mind opens to new ways of looking at the world, Mathilde also begins to see her unconventional mother in a different light.

When an old acquaintance arrives to go “shopping” at the Lévitan department store on the arm of a Nazi officer and secretly offers to help Capucine get in touch with Mathilde, this seeming act of kindness could have dangerous consequences.
Read More
Praise for The Vineyards of Champagne

“A beautifully captivating story of wartime tenacity and tenderness that celebrates the sweetest bonds of human relationships and the courage to love again after loss. So exquisitely rich in detail, you’ll feel bubbles on your tongue.”—Susan Meissner, bestselling author of The Last Year of the War

“Blackwell moves effortlessly between present-day France and the battlefields of WWI… The allure of the decades-old mystery of missing letters juxtaposed against the history of the caves of Champagne makes for a satisfying page-turner.”—Publishers Weekly

“Blackwell’s exquisite talent at interweaving the past with the present is on full display in her latest…telling the universal story of grief, loss, and human resilience.”—Booklist


Praise for The Lost Carousel of Provence

"Blackwell uses an outsider’s passion to shine a light into the dark past of a broken family and how a sweet, wooden rabbit can bring them together again."—The Associated Press

“Plan your trip to Provence now. In this meticulously researched novel, Juliet Blackwell deftly navigates three time periods, taking us from contemporary California to both The Belle Époque and Nazi-occupied France as she spins a story as charming as an antique carousel.”—Sally Koslow, author of Another Side of Paradise

“An untrusting American orphan meets a dysfunctional French family—and each turns out to possess wisdom that helps the other to heal from old, old wounds. With crystalline imagery, vivid characters and lively prose, Juliet Blackwell redefines what family means, in a way that will touch readers long after they've read the last page. As Cady points her camera at one antique carousel after another, this novel should come with a warning: Will cause enormous desire to travel to France.”—Stephen P. Kiernan, author of The Baker’s Secret

“Narrating from several perspectives, Blackwell weaves together a tale of love lost, repressed passion, and finding a sense of belonging that should utterly charm and delight readers new to her and current fans alike.”—Booklist

Praise for Letters from Paris

“Blackwell seamlessly incorporates details about art, cast making, and the City of Light...[and] especially stuns in the aftermath of the main story by unleashing a twist that is both a complete surprise and a point that expertly ties everything together.”—Publishers Weekly

“Best-selling author Blackwell brings us another captivating tale from the City of Light....this romantic and picturesque novel shows us that even the most broken people can find what makes them whole again.”—Booklist

“Blackwell paints a picture of Paris that is both artistically romantic and realistically harsh...A compelling story of Paris, art, and love throughout history.”—Kirkus Reviews

“A great tale of mystery, artistry, history, and a little romance. With plenty of backstory and tidbits about Parisian life in the 19th century, there's something for everyone in this recommended read."—Library Journal

Praise for The Paris Key

“A charming protagonist and a deep well of family secrets, all gorgeously set in the City of Lights.”—Michelle Gable, international bestselling author of I'll See You in Paris

“[A] witty, warm, winsome novel...[Blackwell's] generation-spanning tale combines intrigue and passion with a flawless ear for language and a gift for sensory detail.”—Sophie Littlefield, bestselling author of The Guilty One
Read More 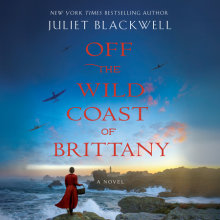