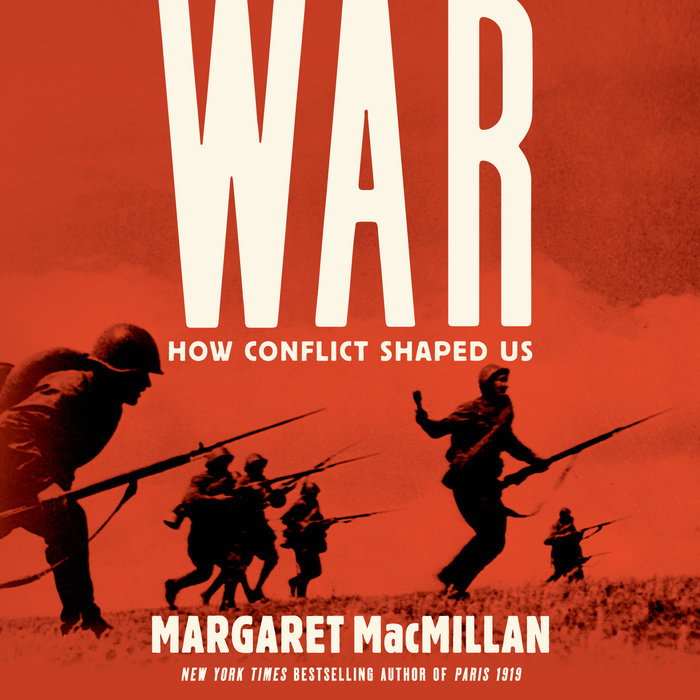 “Margaret MacMillan has produced another seminal work. . . . She is right that we must, more than ever, think about war. And she has shown us how in this brilliant, elegantly written book.”—H.R. McMaster, author of Dereliction of Duty and Battlegrounds: The Fight to Defend the Free World

The instinct to fight may be innate in human nature, but war—organized violence—comes with organized society. War has shaped humanity’s history, its social and political institutions, its values and ideas. Our very language, our public spaces, our private memories, and some of our greatest cultural treasures reflect the glory and the misery of war. War is an uncomfortable and challenging subject not least because it brings out both the vilest and the noblest aspects of humanity.

Margaret MacMillan looks at the ways in which war has influenced human society and how, in turn, changes in political organization, technology, or ideologies have affected how and why we fight. War: How Conflict Shaped Us explores such much-debated and controversial questions as: When did war first start? Does human nature doom us to fight one another? Why has war been described as the most organized of all human activities? Why are warriors almost always men? Is war ever within our control?

Drawing on lessons from wars throughout the past, from classical history to the present day, MacMillan reveals the many faces of war—the way it has determined our past, our future, our views of the world, and our very conception of ourselves.
Read More
“[A] richly eclectic discussion of how culture and society have been molded by warfare throughout history . . . as colorful and tightly woven as a Persian carpet, showing us not just the many ways that men and women make war, but how war makes women and men . . . MacMillan writes with enormous ease, and practically every page of this book is interesting, even entertaining. . . . The greatest pleasures of this book are the historical anecdotes, moments and quotations that MacMillan marshals on nearly every page to illustrate her points. They are bold, arresting and various, and they make the book come alive.”—Dexter Filkins, The New York Times Book Review

“Clausewitz sketched ‎On War to instruct military professionals; Margaret MacMillan has written War to explain this ‘troubling and unsettling mystery’ to the rest of us. She investigates the subject’s terror and fascination, as well as its scope and persistence, with honesty and humanity. Only a historian with MacMillan’s comprehensive knowledge, command of sources, clarity of thought, and artful writing could succeed so brilliantly with one volume on this sweeping topic.”—Robert B. Zoellick, former president of the World Bank, U.S. trade representative, and U.S. deputy secretary of state

“This important book teaches us to realize the impressive way in which war invades every aspect of our society. Read and learn.”—George Shultz, former U.S. secretary of state

“War is awful but somehow alluring, dreaded but too often welcomed. On these pages, with her vast gifts as a historian and storyteller, Margaret MacMillan explains why.”—Evan Thomas, journalist and historian, author of Sea of Thunder and Ike’s Bluff

“Margaret MacMillan has produced another seminal work. War: How Conflict Shaped Us deepens and broadens our knowledge of war and warfare, and in doing so it deepens our understanding of humanity. No other author could have synthesized history across time without oversimplification or shown readers the subject from myriad perspectives in such a coherent manner. She is right that we must, more than ever, think about war. And she has shown us how in this brilliant, elegantly written book.”—H.R. McMaster, author of Dereliction of Duty and Battlegrounds: The Fight to Defend the Free World

“A foremost historian explores one of the central forces of human history. This readable and convincing work is yet another tour de force from Margaret MacMillan!”—Joseph S. Nye, Jr., Harvard University Distinguished Service Professor, Emeritus, author of Do Morals Matter? Presidents and Foreign Policy from FDR to Trump

“An insightful and disturbing study of war as an aspect of culture.”—Kirkus Reviews
Read More 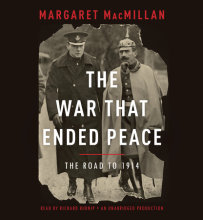