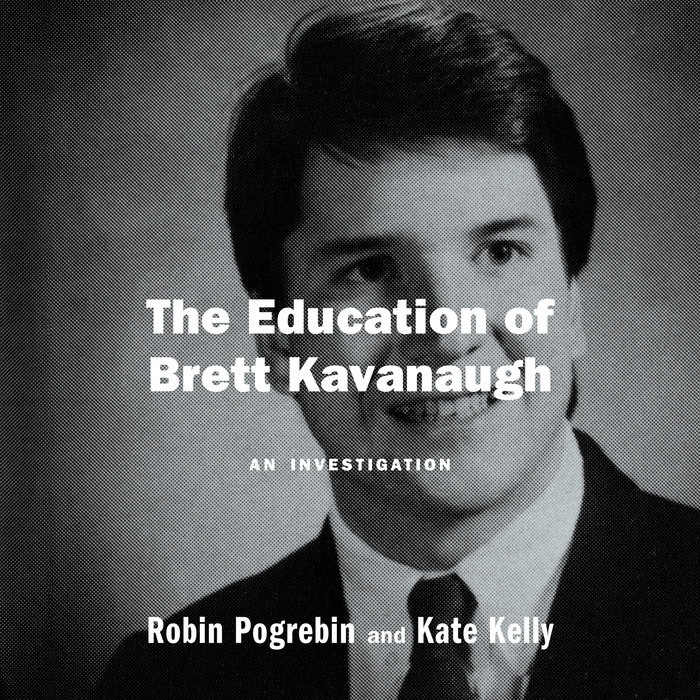 From two New York Times reporters, a deeper look at the formative years of Supreme Court Justice Brett Kavanaugh and his confirmation.

In September 2018, the F.B.I. was given only a week to investigate allegations of sexual misconduct against Brett Kavanaugh, President Trump's Supreme Court nominee. But even as Kavanaugh was sworn in to his lifetime position, many questions remained unanswered, leaving millions of Americans unsettled.

During the Senate confirmation hearings that preceded the bureau's brief probe, New York Times reporters Robin Pogrebin and Kate Kelly broke critical stories about Kavanaugh's past, including the "Renate Alumni" yearbook story. They were inundated with tips from former classmates, friends, and associates that couldn't be fully investigated before the confirmation process closed. Now, their book fills in the blanks and explores the essential question: Who is Brett Kavanaugh?

The Education of Brett Kavanaugh paints a picture of the prep-school and Ivy-League worlds that formed our newest Supreme Court Justice. By offering commentary from key players from his confirmation process who haven't yet spoken publicly and pursuing lines of inquiry that were left hanging, it will be essential reading for anyone who wants to understand our political system and Kavanaugh's unexpectedly emblematic role in it.
Read More
"At last, the deep, serious, and complete story of Brett Kavanaugh. All of us subject to the Supreme Court must read it." —Gloria Steinem

"A revision that adds to the existing story rather than fundamentally changing it."  —The Atlantic

“Pogrebin and Kelly uncovered crucial information about the hurried (or nonexistent) FBI investigations into both Blasey Ford and Ramirez’s allegations before Kavanaugh was added for life to the Supreme Court.” —The Cut