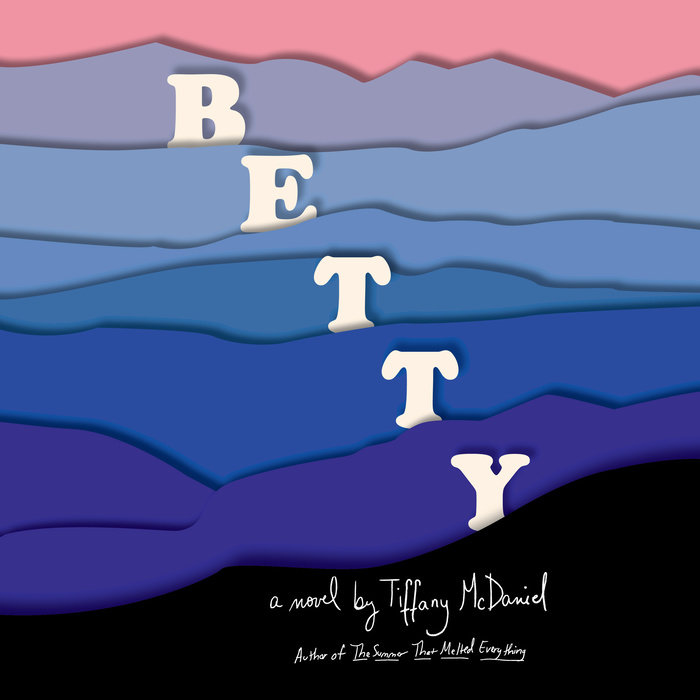 A stunning, lyrical novel set in the rolling foothills of the Appalachians about a young girl and the family truths that will haunt her for the rest of her life

"A girl comes of age against the knife."

So begins the story of Betty Carpenter. Born in a bathtub in 1954 to a white mother and a Cherokee father, Betty is the sixth of eight siblings. The world they inhabit in the rural town of Breathed, Ohio, is one of poverty and violence--both from outside the family and, devastatingly, from within. The lush landscape, rich with birdsong, wild fruit, and blazing stars, becomes a kind of refuge for Betty, but when her family's darkest secrets are brought to light, she has no choice but to reckon with the brutal history hiding in the hills, as well as the heart-wrenching cruelties and incredible characters she encounters.

Despite the hardships she faces, Betty is resilient. Her curiosity about the natural world, her fierce love for her sisters, and her father's brilliant stories are kindling for the fire of her own imagination, and in the face of all to which she bears witness, Betty discovers an escape: she begins to write. She recounts the horrors of her family's past and present with pen and paper and buries them deep in the dirt--moments that have stung her so deeply she could not tell them, until now.

Inspired by generations of her family, Tiffany McDaniel sets out to free the past by delivering this heartbreaking yet magical story--a remarkable novel that establishes her as one of the most important voices in American fiction.
Read More
An Indie Next "Great Read for September"
O Magazine's "Best Books to Pick Up Before Summer Ends"
Entertainment Weekly's "20 Late-Summer Must-Reads for August"
E! Online's "17 Books to Check Out Before the End of Summer"
Sheerluxe's "Six New Books to Read This August"
Salon's "Provocative Must-Reads for August"

“The book is rich with the texture of everyday living. It’s these details that sing Betty to life and bring readers fully into the Appalachian landscape and the social milieu of Breathed.”
—Ilana Masad, The Los Angeles Times

“This book will break your heart open, in the best way.”
—Good Housekeeping, Lizz Schumer

“A traditional beach read this is not — unless your idea of a beach read involves ugly sobbing for a few hundred pages. But [Betty] is so beautiful you won't care about the tears.”
—Entertainment Weekly, “20 Late-Summer Must-Reads Coming in August”

“Fierce, vividly realized . . . McDaniel doesn’t shy away from depicting horrors, especially those that breed within a family . . . Betty’s story is searingly hard to bear, but the rewards of getting to know her make up for her pain.”
—Margaret Quamme, The Columbus Dispatch

"I felt consumed by the ambitious enormity and sadness of this book. Betty is about the power of words and the language it is written in rings with this. I loved it, you will love it."
—Daisy Johnson, author of Sisters and Booker Prize finalist Everything Under

"Tiffany McDaniel has given us a vivid and haunting portrait of the writer as a young girl. Betty Carpenter survives the brutality of her childhood through her father's stories and his steadfast belief in her own. A novel of tragedy and trouble, poetry and power, not a story you will soon forget."
—Karen Joy Fowler, New York Times bestselling author of The Jane Austen Book Club and the Man Booker Prize finalist We Are All Completely Beside Ourselves

"I loved Betty: I fell for its strong characters and was moved by the story it portrayed. McDaniel deals with the passage of time with subtlety and skill and the descriptions of the rolling hills of Ohio were really beautiful."
—Fiona Mozley, author of Booker Prize finalist Elmet

"Magical, densely lyrical and often disturbing. Tiffany McDaniel follows in the tradition of The Color Purple with her unflinching portrayal of the generational ripples of racism, poverty, and abuse. Shot through with moonshine, Bible verses, and folklore, Betty is about the cruelty we inflict on one another, the beauty we still manage to find, and the stories we tell in order to survive."
—Eowyn Ivey, New York Times bestselling author of To the Bright Edge of the World and the Pulitzer Prize finalist The Snow Child


"This novel broke my brain. The lush, hypnotic prose, the voice, so authentic and compelling, as Betty Carpenter holds your hand and leads you through a world filled with familial tragedy. Each more haunting than the last, until you're left holding your breath, with a tourniquet on your heart. This is powerful, relentless storytelling at its best."
—Jamie Ford, New York Times bestselling author of Hotel on the Corner of Bitter and Sweet and Love and Other Consolation Prizes

"Betty is Betty Carpenter’s gripping coming of age story and is bold, inventive and profoundly moving. It is not a story blind to the character’s abuse, but also reveals the love, sweetness, and magic in her life. Betty is too brown, too female and too poor for the world, but her story reminds us that despite all obstacles there are those blessed times when we can still manage to find our voices and sing. A triumph!”
—Stephanie Powell Watts, bestselling author of No One Is Coming to Save Us and We Are Taking Only What We Need

"A painful, powerful, transcendent story . . . Tiffany McDaniel's distinctive, poetic prose lets us know at the outset that something unique is going on in these pages. Bit by bit, she draws us into her 'other world' with amazing skill; and, before we realize it, we are like wide-eyed children, enthralled as we once were, as we listened to a story from Grimm's Fairy Tales. Yet, this is no fairytale for children. Rather, it is an intricate, complex mosaic of myths that explores the ways in which the imagination can bring hope into our lives during difficult times. With her depth as a poet and her boldness as a storyteller, the author has created an unforgettable novel. It stays in our imagination, long after we've read the last word."
—Gwyn Hyman Rubio, New York Times bestselling author of Icy Sparks, The Woodman's Daughter, and Love & Ordinary Creatures

"Tiffany McDaniel gives voice to those on the fringes. Betty is a coming-of-age novel that has the courage to look into the darkness and to find the light. Betty Carpenter tells the story of her family with empathy and passion and heart. This is a book for anyone who's ever stood on the outside looking in, or for anyone who's ever scorned the unfortunate. It's a book for our uncertain times, one that has much to show us about family, about want, about love."
—Lee Martin, author of the Pulitzer Prize finalist The Bright Forever

“So engrossing! Tiffany McDaniel’s Betty is a page-turning Appalachian coming-of-age story steeped in Cherokee history, told in undulating prose that settles right into you.”
—Naoise Dolan, author of Exciting Times

“Epic, lyrical . . . McDaniel’s sophomore work is a sweeping and heart-wrenching exploration of how we understand our parents’ lives and how our children will one day understand our own.”
—Booklist, starred
Read More