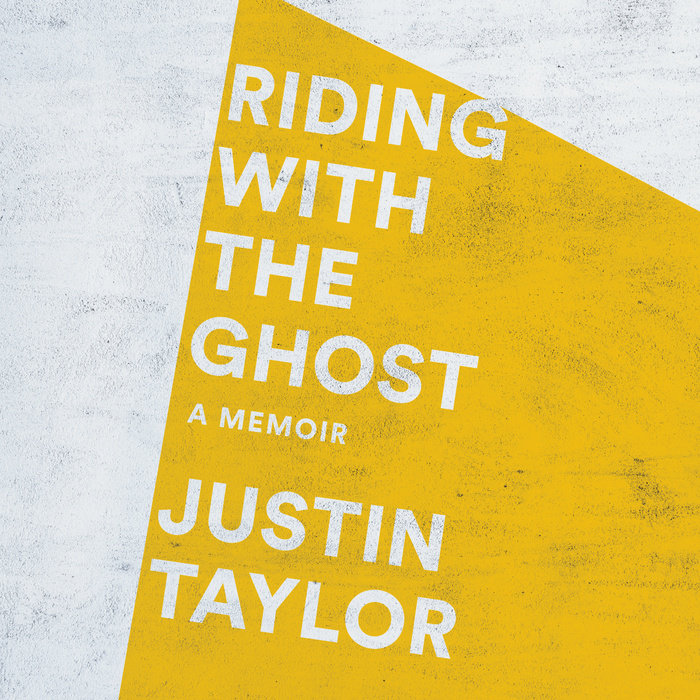 Written by: Justin Taylor
Read by: Justin Taylor
5 Hours and 45 Minutes Imprint: Random House Audio Genre: Biography & Autobiography - Personal Memoirs Release Date: July 21, 2020
An unflinching memoir from a writer reckoning with his relationship with his troubled father and the complicated legacy that each generation hands down to the next

“Justin Taylor’s relentless, peripatetic, and tender search for reconciliation with his late troubled father blooms into a full-throated song of joy about his own life lived through music, teaching, travel, and literature.”—Lauren Groff, author of Florida

When Justin Taylor was thirty, his father, Larry, drove to the top of the Nashville airport parking garage to take his own life. Thanks to the intervention of family members, he was not successful, but the incident forever transformed how Taylor thinks of his father, and how he thinks of himself as a son.

Moving back and forth in time from that day, Riding with the Ghost captures the past’s power to shape, strengthen, and distort our visions of ourselves and one another. We see Larry as the middle child in a chilly Long Island family; as a beloved Little League coach who listens to kids with patience and curiosity; as an unemployed father struggling to keep his marriage together while battling long-term illness and depression. At the same time, Taylor explores how the work of confronting a family member’s story forces a reckoning with your own. We see Taylor as a teacher, modeling himself after his dad’s best qualities; as a caregiver, attempting to provide his father with emotional and financial support, but not always succeeding; as a new husband, with a dawning awareness of his own depressive tendencies.

With raw intimacy, Riding with the Ghost lays bare the joys and burdens of loving a troubled family member. It’s a memoir about fathers and sons, teachers and students, faith and illness, and the pieces of our loved ones that we carry with us always.
Read More
“Taylor’s memoir is an admirable quest to answer a question that, for many children of parents who struggle against darkness, is almost unanswerable. ‘How do you save a drowning man who doesn’t want a life preserver?’ . . . It’s a story told with heart and deep self-reflection, steeped in philosophy and questions about faith.”—The New York Times Book Review

“Taylor jumps back and forth in time, treading carefully and precisely through the delicate territory of his father’s suicidal depression, never veering into the sentimental as he works toward understanding.”—BuzzFeed

“This is a book about life, dedicated to the joining of what’s been separated—the Jewish past and the American present, art and academia, fathers and sons—which in these pages become as mutually reliant as lyrics and music. This, come to think of it, might be the secret form to which all of Justin’s work aspires: that divine recombined form of story and memoir called ‘song.’”—Joshua Cohen, Jewish Currents

“As a memoirist, Taylor is thoughtful, measured, and unflinching.”—Full Stop

“One of the year’s most impressive books.”—Largehearted Boy

“Justin Taylor’s relentless, peripatetic, and tender search for reconciliation with his late troubled father blooms into a full-throated song of joy about his own life lived through music, teaching, travel, and literature. Riding with the Ghost is gorgeously layered and deeply felt.”—Lauren Groff, author of Florida

“An atmospheric, openhearted memoir of great range and ambition. Like his literary hero Denis Johnson, Taylor fearlessly swings from the gutter to the stars and back again in this precisely observed meditation on love and loss.”—Jenny Offill, author of Weather

“In propulsive readable prose, Justin Taylor does something that most people would find impossible: He delves through grief and trauma to find the true story of his own troubled, brilliant father, and to trace the ways that his father’s influence shaped and warped his life and his family. Without being at all polemical, Riding with the Ghost has much to teach us about masculinity, patriarchy, and family in America.”—Emily Gould, author of Perfect Tunes

“From the East Coast to the West Coast to the Gulf Coast, Riding with the Ghost is a classic American road narrative, an intimate portrait of a father, the story of an artist’s coming-of-age, a statement of faith, and a requiem for all those who have touched our lives yet left too soon. Justin Taylor is a master storyteller, and his voice resounds.”—Sarah Gerard, author of True Love

“In this deeply reflective, sensitive narrative . . . there’s plenty of additional insightful observations about the stories we tell ourselves and the differences between the way we shape a story and the way we live our lives. A greater literary achievement than Taylor’s impressive fiction.”—Kirkus Reviews (starred review)
Read More

On the Podcast: Kelly Treleaven, Justin Taylor, and Meghan Leahy