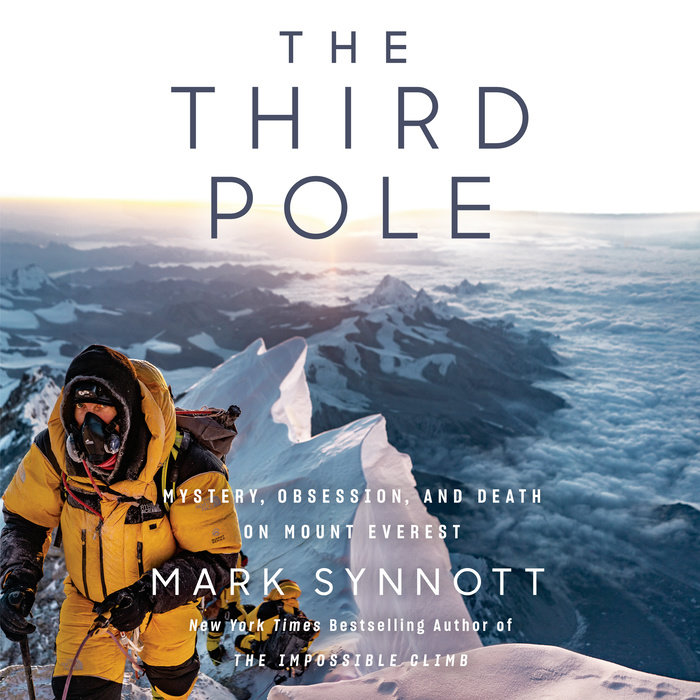 A hundred-year mystery lured veteran climber Mark Synnott into an unlikely expedition up Mount Everest during the spring 2019 season that came to be known as “the Year Everest Broke.” What he found was a gripping human story of impassioned characters from around the globe and a mountain that will consume your soul—and your life—if you let it.

The mystery? On June 8, 1924, George Mallory and Sandy Irvine set out to stand on the roof of the world, where no one had stood before. They were last seen eight hundred feet shy of Everest’s summit still “going strong” for the top. Could they have succeeded decades before Sir Edmund Hillary and Tenzing Norgay? Irvine is believed to have carried a Kodak camera with him to record their attempt, but it, along with his body, had never been found. Did the frozen film in that camera have a photograph of Mallory and Irvine on the summit before they disappeared into the clouds, never to be seen again? Kodak says the film might still be viable. . . .

Mark Synnott made his own ascent up the infamous North Face along with his friend Renan Ozturk, a filmmaker using drones higher than any had previously flown. Readers witness first-hand how Synnott’s quest led him from oxygen-deprivation training to archives and museums in England, to Kathmandu, the Tibetan high plateau, and up the North Face into a massive storm. The infamous traffic jams of climbers at the very summit immediately resulted in tragic deaths. Sherpas revolted. Chinese officials turned on Synnott’s team. An Indian woman miraculously crawled her way to frostbitten survival. Synnott himself went off the safety rope—one slip and no one would have been able to save him—committed to solving the mystery.

Eleven climbers died on Everest that season, all of them mesmerized by an irresistible magic. The Third Pole is a rapidly accelerating ride to the limitless joy and horror of human obsession.

*This audiobook includes a downloadable PDF containing maps, notes on sources, and acknowledgments from the printed book.
Read More
One of the 57 Most Anticipated Books of 2021—Elle
Summer's Most Transporting Books list—Newsweek
One of 5 Action-Packed New Nonfiction Books for Summer—AARP
Ultimate Summer Reading List Pick--E!

“Almost seventy years after my father, Tenzing Norgay Sherpa, climbed the summit of Chomolungma with the British 1953 Expedition, Western narratives about Mount Everest continue to be haunted by the question whether it was Mallory and Irvine who had been the first to stand on the summit. Mark Synnott’s The Third Pole pursues this mystery and brings us closer to closing this chapter of mountaineering history. I learned a lot from this book.”
—Norbu Tenzing Norgay

“[A] vivid, heart-pounding dispatch from the top of the world.”
—Liz Baker, NPR

"This account of climbing Mt. Everest from the Tibetan side in search of a climber lost ninety-seven years ago and a camera that might change everything is both a gripping adventure story and an engrossing historical mystery."
—Maggie Shipstead, author of Great Circle

“The author and adventurer Mark Synnott skillfully describes early-twentieth-century exploration, then dives into a story about Everest that merges mystery, adventure, and history into a single tragic bundle. . . . Synnott knows how to keep readers turning the pages, and they will speed their way to his mystery’s resolution.”
—The New York Times

“If you’re only going to read one Everest book this decade, make it The Third Pole. . . A riveting adventure.”
—Outside

“A hold-your-breath story that features the author's own hazardous journey and exploration of the motives behind climbers’ obsession with reaching dangerous heights.”
—AARP

“The book is a fascinating tale and forces the reader to constantly ask themselves, What would I do? in each situation.”
—Fodor's

“Mark Synnott’s new book . . . is as rewarding as any Everest book can be, with history and geography wonderfully woven into the author’s own climb, in 2019.”
—Air Mail

“As in his previous book, the author’s writing comes alive when he recounts life on the mountain. . . . This is a must-read for outdoor enthusiasts and readers of Everest and exploration history.”
—Library Journal, starred review

“[A] hair-raising mountaineering story . . . A fine tale of adventure and exploration sure to please any fan of climbing and Everest lore.”
—Kirkus Reviews, starred review

“Synnott weaves back and forth between the early climbing pioneers' experiences and his 2019 expedition, harrowing in its own right. A gifted storyteller, he proves firsthand the irresistible lure and perilous dangers of climbing Mount Everest.”
—Booklist

“The Third Pole is an elegy of extremes, a white-knuckle tale of obsession and survival. From the archives of London’s Royal Geographical Society to a tent battered by howling winds on the edge of the Death Zone, Mark Synnott puts it all on the line in his quest to solve Mount Everest’s most enduring mystery.”
—Susan Casey, author of national bestsellers The Wave and Voices in the Ocean

“A hundred-year-old detective story with a new twist. A high-altitude adventure. The best Everest book I’ve read since Into Thin Air. Synnott’s climbing skills take you places few will ever dare to tread, but it’s his writing that will keep you turning pages well past bedtime.”
—Mark Adams, author of Tip of the Iceberg and Turn Right at Machu Picchu 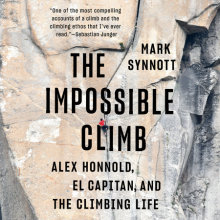