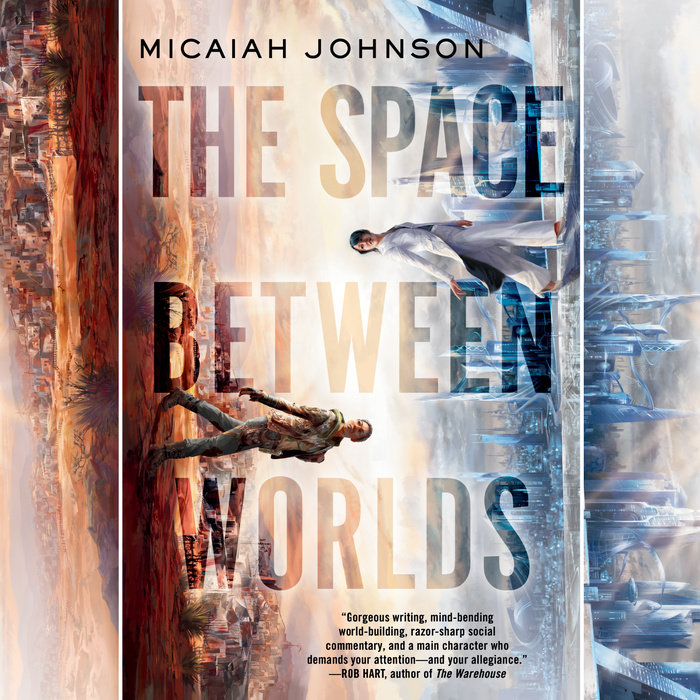 WINNER OF THE COMPTON CROOK AWARD • FINALIST FOR THE LOCUS AWARD • “Gorgeous writing, mind-bending world-building, razor-sharp social commentary, and a main character who demands your attention—and your allegiance.”—Rob Hart, author of The Warehouse

ONE OF THE BEST BOOKS OF THE YEAR—NPR, Library Journal, Book Riot

Multiverse travel is finally possible, but there’s just one catch: No one can visit a world where their counterpart is still alive. Enter Cara, whose parallel selves happen to be exceptionally good at dying—from disease, turf wars, or vendettas they couldn’t outrun. Cara’s life has been cut short on 372 worlds in total.

On this dystopian Earth, however, Cara has survived. Identified as an outlier and therefore a perfect candidate for multiverse travel, Cara is plucked from the dirt of the wastelands. Now what once made her marginalized has finally become an unexpected source of power. She has a nice apartment on the lower levels of the wealthy and walled-off Wiley City. She works—and shamelessly flirts—with her enticing yet aloof handler, Dell, as the two women collect off-world data for the Eldridge Institute. She even occasionally leaves the city to visit her family in the wastes, though she struggles to feel at home in either place. So long as she can keep her head down and avoid trouble, Cara is on a sure path to citizenship and security.

But trouble finds Cara when one of her eight remaining doppelgängers dies under mysterious circumstances, plunging her into a new world with an old secret. What she discovers will connect her past and her future in ways she could have never imagined—and reveal her own role in a plot that endangers not just her world but the entire multiverse.


Read More
­“[The Space Between Worlds] remained two steps ahead of my imagination, rattling it out of complacency and flooding it with color and heat. . . . Profoundly satisfying.”—The New York Times Book Review (Editors’ Choice)

“The Space Between Worlds is fascinating, complicated, compelling . . . a jewel of a novel.”—Locus

“[The Space Between Worlds] gripped me from page one and I couldn’t stop reading until I reached the final page.”—The Nerd Daily

“This book took me on one hell of a ride. . . . A really fun and thought-provoking read.”—Becky’s Book Blog

“Sharp and gripping. If you love queer SFF . . . then definitely pick up The Space Between Worlds.”—Utopia State of Mind

“The Space Between Worlds is a riveting and detailed parallel universe sci-fi novel with a lot to say about fortune, privilege and belonging.”—Dr. Alice Violett

“The Space Between Worlds is an incredible debut . . . tightly focused and paced like a rocket launch.”—The Quill to Live

“Micaiah Johnson’s debut is a punk album, presenting a world where even our possibilities are colonized. I loved every twisting minute of it.”—Alex White, author of A Big Ship at the Edge of the Universe

“The Space Between Worlds lands squarely in my sweet spot: gorgeous writing, mind-bending world-building, razor-sharp social commentary, and a main character who demands your attention—and your allegiance.”—Rob Hart, author of The Warehouse

“A gritty, riveting, and ultimately hopeful novel about the people, choices, and relationships that make us who we are—in this world, and in those we can only imagine.”—Kameron Hurley, Hugo and Locus award–winning author of The Light Brigade

“Johnson’s world-hopping debut uses science fictional tools and an exciting plot to address urgent questions of privilege and position. . . . A compelling stand-alone debut that will leave readers thrilled, thoughtful, and anticipating the author’s next book.”—Kirkus Reviews

“Johnson bursts onto the scene with this thought-provoking, high-concept sci-fi debut that impresses with exceptional worldbuilding and a distinctive protagonist.”—Publishers Weekly