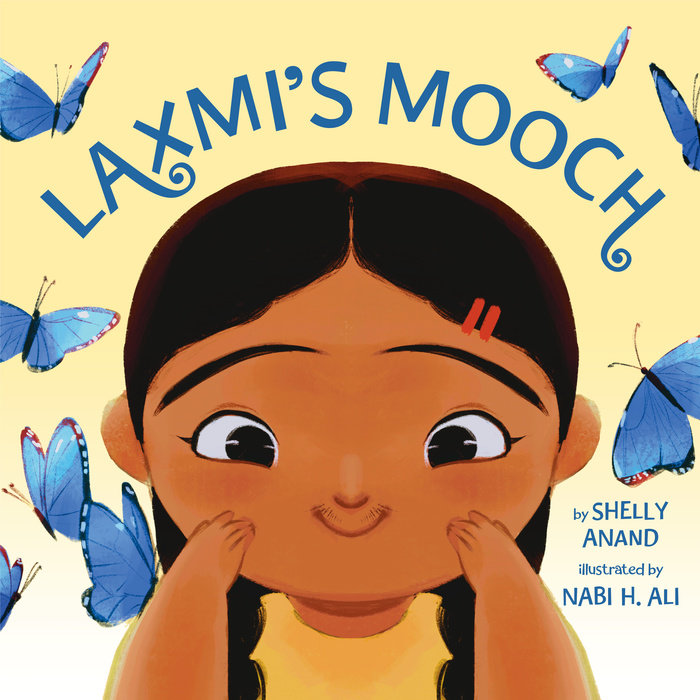 Written by: Shelly Anand
Read by: Deepti Gupta
0 Hours and 9 Minutes Imprint: Listening Library Ages 4-8 years Release Date: March 02, 2021
A joyful, body-positive picture book, adapted for audio, about a young Indian American girl's journey to accept her body hair and celebrate her heritage after being teased about her mustache.

Laxmi never paid much attention to the tiny hairs above her lip. But one day while playing farm animals at recess, her friends point out that her whiskers would make her the perfect cat. She starts to notice body hair all over--on her arms, legs, and even between her eyebrows.

With her parents' help, Laxmi learns that hair isn't just for heads, but that it grows everywhere, regardless of gender. Laxmi's Mooch is a celebration of our bodies and our body hair, in whichever way they grow.
Read More
PRAISE FOR LAXMI'S MOOCH

As seen on The Today Show!
“Joyful!...[a] positive story about seeing your own differences and being excited about them!” --Jasmine Guillory
Three starred reviews!
A New York Public Library Spring 2021 Staff Pick!
A Charlotte Huck Honor Book!
A 2022 ALSC Notable Children’s Book!
A 2022 ALA RISE: A Feminist Book Project List selection!

* “Debut author Anand skillfully balances humor with sincerity, crafting a narrator who is both vulnerable and powerful, while Abi contributes sunny-humored illustrations ... Laxmi’s journey is both accessible and authentic, and it is a true pleasure to watch her not only embrace her own body, but also teach her classmates how to embrace theirs as well.” -- Kirkus Reviews, starred review.

* "Anand's story is simple and purposeful, but it's a much-needed purpose, sweetly delivering a message of body positivity around a common insecurity that is rarely addressed." -- Booklist, starred review.

"Readers of all ages will appreciate the message of self-love presented within Laxmi’s story, which takes on body positivity for a relatively young audience in an uplifting way." --School Library Journal

"Readers invited to watch Laxmi grow may also gain some confidence to celebrate their own bodies no matter what they look like--or where their hair may grow." --Shelf Awareness
Read More