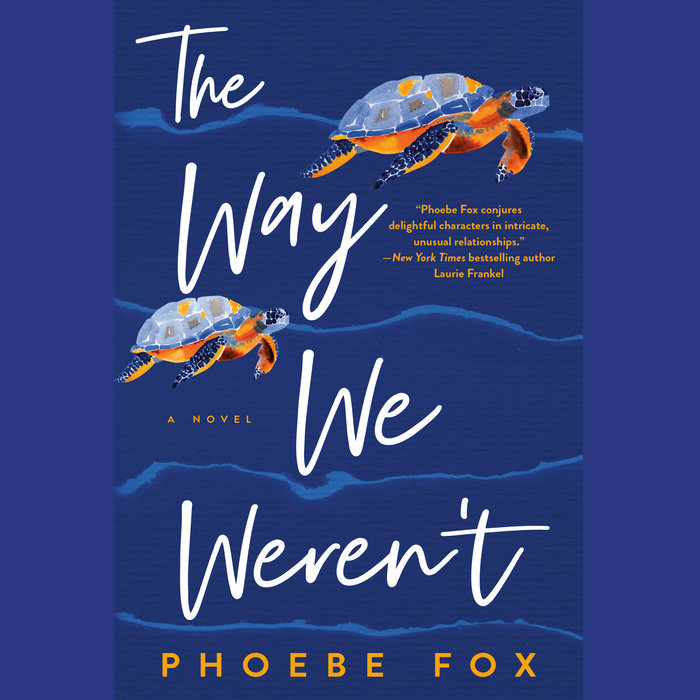 "You trying to kill yourself, or are you just stupid?"

Marcie Malone didn't think she was either, but when she drives from Georgia to the southwestern shore of Florida without a plan and wakes up in a stranger's home, she doesn't seem to know anymore. Despondent and heartbroken over an unexpected loss and the man she thought she could count on, Marcie leaves him behind, along with her job and her whole life, and finds she has nowhere to go.

Herman Flint has seen just about everything in his seventy years living in a fading, blue-collar Florida town, but the body collapsed on the beach outside his window is something new. The woman is clearly in some kind of trouble and Flint wants no part of it—he's learned to live on his own just fine, without the hassle of worrying about others. But against his better judgment he takes Marcie in and lets her stay until she's on her feet on the condition she keeps out of his way.

As the unlikely pair slowly copes with the damage life has wrought, Marcie and Flint have to decide whether to face up to the past they’ve each been running from, and find a way to move forward with the people they care about most.
Read More
"A story of the reassessment of the lives of two unlikely strangers who meet--an old man and a young woman--who together discover that the place in life they have chosen for themselves does not bring the fulfillment they had worked to have.  An insightful and compelling read of the courage to change horses in midstream to reach the shore of new beginnings.”—Leila Meacham, New York Times bestselling author of Dragonfly

"Phoebe Fox simply keeps getting better. Her latest The Way We Weren’t is so deeply satisfying on every level that it will continue to resonate with you long after you turn the page on one of the most exquisitely perfect endings you are likely to encounter in some time. As finely wrought as all of Fox’s characters are, special mention must be made of how fully and lovingly  she brings the Gulf Coast of Florida to life. The Way We Weren’t  is exactly the beach-trip-in-a-book that you are yearning to dive into right now.  An achingly artful portrayal of love lost and love reclaimed."—Sarah Bird, author of Daughter of a Daughter of a Queen

"Fox’s sharp storytelling will endear Marcie and Herman to readers, and a solid support cast (especially bar owner Darla) adds some heft. It’s a simple story, but the author gets it just right."—Publishers Weekly

“This standout novel from Fox is a study in contrasts: tragic yet heartwarming, suspenseful yet comforting.”—Booklist, starred review

"Fox is an enormously gifted author who turns a simple premise into a deeply involving and moving character study of two damaged souls. The poignancy of the story is more than enough to keep readers engaged, but Fox elevates the tale with vivid secondary characters, a charming beach setting and her signature wit. The Way We Weren’t is a coastal literary trip you’ll be reluctant to leave behind."—Karin Gillespie, author of Divinely Yours

"An incredible story about letting go and starting over. This story is full of hope and inspiration, set on a tropical island with fun and quirky characters. I just wish the book was longer as I wasn’t ready to let go of these characters so soon."—Janine's Cool Cats & Reviews

"This is only the second of Phoebe Fox’s novels I’ve read but I can say she is on my short list of “auto-read authors” already. I love how she shapes a story around relatable characters and settings."—BookFanMary
Read More