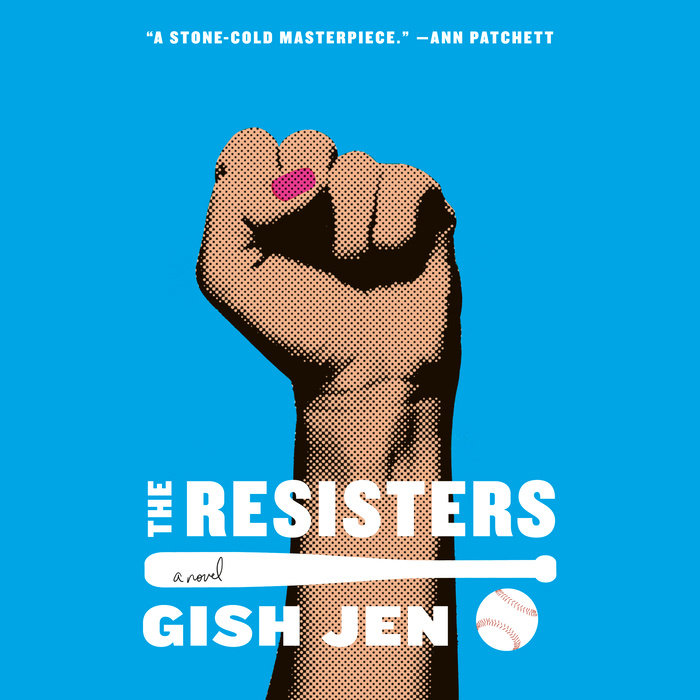 "The Resisters is palpably loving, smart, funny, and desperately unsettling. The novel should be required reading for the country both as a cautionary tale and because it is a stone-cold masterpiece. This is Gish Jen's moment. She has pitched a perfect game." --Ann Patchett

The time: not so long from now. The place: AutoAmerica. The land: half under water. The Internet: one part artificial intelligence, one part surveillance technology, and oddly human--even funny. The people: Divided. The angel-fair "Netted" have jobs, and literally occupy the high ground. The "Surplus" live on swampland if they're lucky, on water if they're not.

The story: To a Surplus couple--he once a professor, she still a lawyer--is born a Blasian girl with a golden arm. At two, Gwen is hurling her stuffed animals from the crib; by ten, she can hit whatever target she likes. Her teens find her happily playing in an underground baseball league.

When AutoAmerica rejoins the Olympics, though--with a special eye on beating ChinRussia--Gwen attracts interest. Soon she finds herself playing ball with the Netted even as her mother challenges the very foundations of this divided society.

A moving and important story of an America that seems ever more possible, The Resisters is also the story of one family struggling to maintain its humanity and normalcy in circumstances that threaten their every value--as well as their very existence.

Extraordinary and ordinary, charming and electrifying, this is Gish Jen at her most irresistible.
Read More
Praise for The Resisters

“The Resisters is palpably loving, smart, funny and desperately unsettling. The novel should be required reading for the country, both as a cautionary tale and because it is a stone-cold masterpiece. This is Gish Jen’s moment. She has pitched a perfect game.” —Ann Patchett, author of The Dutch House

“An absolute joy . . . I finished The Resisters with a tear in my eye and a smile on my face. Who could ask for a better combo? Gish Jen has written a one-of-a-kind book with great characters—especially Eleanor, who is the heart of the story—and a warm heart. Remind Ms. Jen that the great Ernie Banks said, ‘Hey, guys, let’s play two!’ Which is my way of saying I wouldn’t mind a sequel. Probably won’t happen, but a guy can hope. P.S. This lady knows her baseball.” —Stephen King, author of The Institute

“The magic of Gish Jen’s latest novel is that, amid a dark and cautionary tale, there’s a story also filled with electricity and humor—and baseball . . . Written in Jen’s clear, assured style and delivered from Grant’s slyly ironic perspective, The Resisters will captivate readers. Rippling with action, suspense and lovingly detailed baseball play-by-plays, there’s a sense throughout the book of both celebration and danger . . . This novel’s great gift to readers is its rich and multifaceted characters. Through them, we learn both the cost and the necessity of standing up and speaking out.” —Diana Abu-Jaber, The Washington Post

“Inspired . . . Hits close to the bone . . . The power of The Resisters derives from Jen’s inventive elaboration on how the change happened; how Americans gratefully handed over their autonomy to a big combo of machines, AI and the omnipotent Internet . . . Its appeal rests on its ingenuity, which is unflagging, [and on Jen’s] characteristic generosity and restrained optimism.” —Maureen Corrigan, NPR.org

“A dystopia so chillingly plausible that an entire review could be spent simply describing its components. To do that, however, would scant the provocative ideas that underpin her gripping tale of a family confronting the digitally empowered authoritarian state . . . Over the course of three decades, Jen’s social and psychological observations have only sharpened, while her marvelous humor has darkened . . . Alert as always to the demands of storytelling and character development, she crafts a suspenseful, deftly plotted narrative”  —Wendy Smith, The Boston Globe

“Intricately imagined . . . The Resisters is a book that grows directly out of the soil of our current political moment, and much of the book’s unsettling pleasure lies in Jen’s ingenious extrapolation (or, in some cases, redescription) of contemporary problems. [She] has a gifted ear for the manipulative languages of tech, marketing and government.” —Karen Thompson Walker, The New York Times Book Review

“Readers weary of grim prognostications will appreciate Jen’s exuberant invention as she helps us consider a future we don’t want, how to avoid it, and the vitality of alternatives. At every turn, Gwen and company create their own lives as much as possible, choosing DIY over the drugged seductions of the digitized state. Descriptions of how they grow their own food, deliciously, and knit their own garments and blankets, gloriously, add color and texture to a world where the agency of real humans can’t always be predicted or controlled.” —Valerie Schloredt, Yes! Magazine

“The Resisters is wonderfully inventive and poignant; a smart warning about at a possible future that could come before we know it.” —Annette Gordon-Reed, author of “Most Blessed of the Patriarchs”: Thomas Jefferson and the Empire of the Imagination

“A rabble-rousing tale with an ominous edge . . . The winning, suspenseful heart of the book is Gwen’s resourceful action on the [baseball] field. Jen’s jauntily sinister AutoAmerican argot is a continual pleasure as well. Best of all is her take on why even the ultimate surveillance society can’t quite muffle the human spirit.” —Michael Upchurch, The Seattle Times

“Triumphantly original . . . Don’t dare call this fantasy or science fiction. This is a world all too terrifying, dangerous and real . . . A ‘1984’ for our times.” —Dan Cryer, Newsday

“From its first page, Jen’s dystopian novel crackles with energy. Set in the near future, the story takes place in the new AutoAmerica, where the Netted live in luxury, while the Surplus struggle to earn their comforts. Unsettling yet light, funny yet meaningful, this book should keep you reading, then talking for months.” —Bethanne Patrick, The Washington Post

“Jen writes electric, entertaining sentences. I can hear the author having fun throughout the book . . . In sport, Jen finds a metaphor for what it is to be human.” —Rumaan Alam, Bookforum

“[Gish Jen] has long had a feel for sweeping, subversive explorations of American life . . . As Jen reveals how America became AutoAmerica, one seemingly tiny but cumulatively fatal development at a time, she finds in baseball a compelling metaphor for a country that will always have something to prove.” —David Canfield, Entertainment Weekly

“Jen masterfully builds her dystopian world, depicting how easily such a change can creep over a populace too ready to trade liberty for convenience . . . At heart, a story about love, family, and the core values of freedom and independence.” —Ed Tarkington, Nashville Scene

“[A] shrewd and provocative near-future novel . . . [Jen’s] intelligence and control shine through in a chilling portrait of the casual acceptance of totalitarianism.” —Publishers Weekly

“Can there be a dystopian novel of lightness, delicacy and charm? In which baseball, our subtle, determined summer game, is the means of resistance against the dehumanizing overlords? In which a girl who pitches like Satchel Paige is the blue-haired hero? Gish Jen says, Yes! And she is right! Where there is baseball, there is hope. And beautiful prose, too.” —Cathleen Schine, author of The Grammarians

“Inventive, funny, and tender, The Resisters is about family, baseball, and the future—but more than anything, it is about freedom, and it is about us—here, now.” —Allegra Goodman, author of The Chalk Artist

“Brilliant . . . A heartbreaking novel with the sensitivity, emotional range, and prophetic power of Margaret Atwood's The Handmaid’s Tale.” —Jean Kwok, author of Searching for Sylvie Lee

“I LOVE this novel as much as I fear the future Gish Jen has conjured in it. In this anything but brave new world, baseball is what survives and reminds us of our humanity, and a girl’s golden arm forms the kernel of resistance. What an enchanting conceit! Gish Jen has hit a grand slam.” —Jane Leavy, author of The Big Fella: Babe Ruth and the World he Created 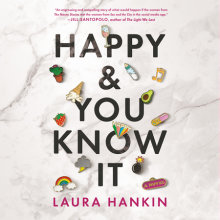