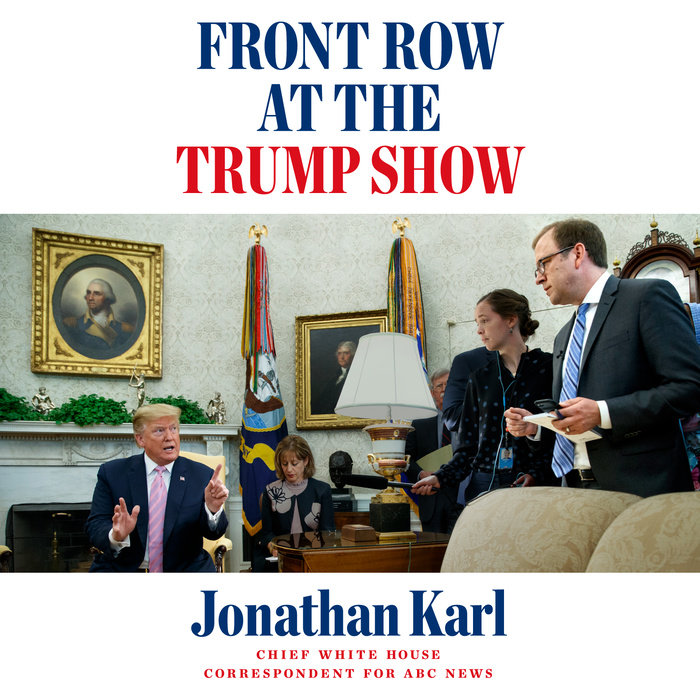 "Must read. I've read every book about the Trump presidency. This is the best."—Bill Press

An account like no other, from the White House reporter who has known President Donald Trump for more than 25 years.

We have never seen a president like this...norm-breaking, rule-busting, dangerously reckless to some and an overdue force for change to others. One thing is clear: We are witnessing the reshaping of the presidency.

Jonathan Karl brings us into the White House in a powerful book unlike any other on the Trump administration. He’s known and covered Donald Trump longer than any other White House reporter.  With extraordinary access to Trump during the campaign and at 1600 Pennsylvania Avenue, Karl delivers essential new reporting and surprising insights.

These are the behind-the-scenes moments that define Trump’s presidency--an extraordinary look at the president, the person, and those closest to him. This is the real story of Trump’s unlikely rise; of the struggles and battles of those who work in the administration and those who report on it; of the plots and schemes of a senior staff enduring stunning and unprecedented unpredictability.

Karl takes us from a TV set turned campaign office to the strange quiet of Trump’s White House on Inauguration Day to a high-powered reelection campaign set to change the country’s course. He shows us an administration rewriting the role of the president on the fly and a press corps that has never been more vital. Above all, this book is only possible because of the surprisingly open relationship Donald Trump has had with Jonathan Karl, a reporter he has praised, fought, and branded an enemy of the people.

“Jonathan Karl gives us much more than program notes for the Trump Show in this revealing and personal account of his relationship with our 45th president. We learn what it is really like to be on the White House beat, about the peculiarities of dealing with the personality in the Oval Office, and ultimately the risks and dangers we face at this singular moment in American history.”—Mike McCurry, former White House press secretary (1995-98) and director/professor, Center for Public Theology, Wesley Theological Seminary

“The Constitution is strict: It says we must have presidents. Fortunately, we occasionally have reporters as talented as Jonathan Karl—an acute observer and gifted writer—to record what presidents do. Karl is exactly the right journalist to chronicle the 45th president, who is more—to be polite—exotic than his predecessors.”—George F. Will

“No reporter has covered Donald Trump longer and with more energy than Jonathan Karl. It pays off in his account of what he calls the Trump Show with some startling scoops. What did the president scrawl across the rejected resignation letter from his attorney general? He tells us.”—Susan Page, Washington bureau chief, USA Today

“Jon Karl is fierce, fearless, and fair. From cub reporter at the NY Post to chief WH correspondent for ABC News, he’s covered Donald Trump—and the White House—for a generation. He knows the man, and the office. Front Row at the Trump Show takes us inside the daily challenge of truthful reporting on the Trump WH, revealing what’s at stake with vivid detail and deep insights.”—George Stephanopoulos

“Jonathan Karl is a straight-shooting, fair-minded, and hardworking professional so it’s no surprise he’s produced a book historians will relish. It’s about good old-fashioned news-getting—about the process and the rules and how it works. Overlaying it is this most amazing moment in American political history. Underlying it is a story about waking up each morning and trying against the odds to find out what’s true.”—Peggy Noonan, Wall Street Journal

“Front Row at the Trump Show provides an unvarnished view of the deceptions, eccentricities, and occasional achievements of the Trump presidency from a first-rate television correspondent with a ringside seat.”—Lou Cannon, author of President Reagan: The Role of a Lifetime

“Must read: Jonathan Karl's Front Row at the Trump Show. Time and again he was in the room where it happened. I've read every book about the Trump presidency. This is the best.”—Bill Press

“Mr. Karl, the chief White House correspondent for ABC News, necessarily tells the story from the media’s side, but he is a fair-minded reporter rather than a media cheerleader. Unlike other books about Mr. Trump by members of the news media, Mr. Karl’s book presents the 45th president as a complex, multilayered person… Mr. Karl also manages to convey something missing from other books by his media colleagues about the Trump era: the sheer hilarity of it all.”—Wall Street Journal

“A valuable report from the scene of an ongoing train wreck.”—Kirkus Reviews

“Front Row at the Trump Show is the best long-form study of the relationship between Trump and the media—and it’s not possible to understand the Trump presidency without understanding that relationship.”—The Morning Dispatch

“It was so good I was sad when it ended.”—Olivia Nuzzi, New York magazine 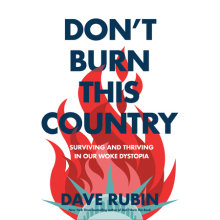