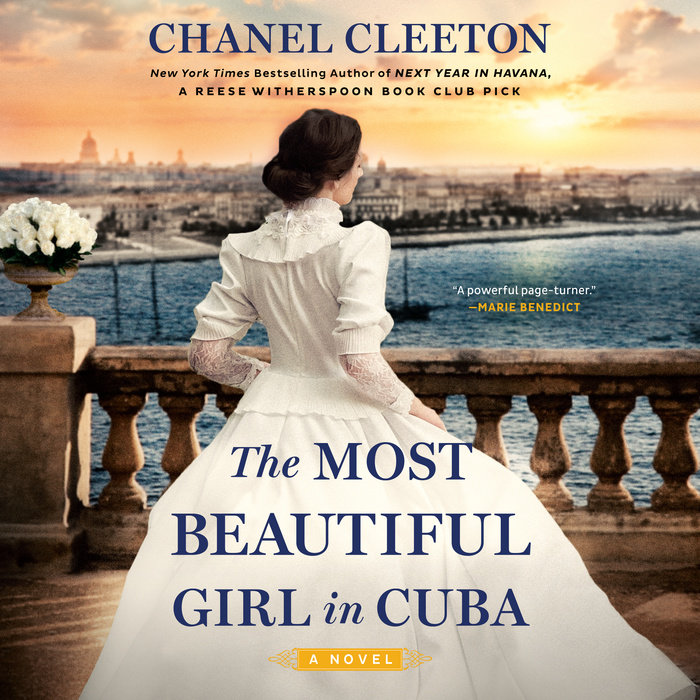 “An exciting and inspiring read that shows us how womanhood, courage and revolution are three words that often mean the same thing.”―NPR

At the end of the nineteenth century, three revolutionary women fight for freedom in New York Times bestselling author Chanel Cleeton's captivating new novel inspired by real-life events and the true story of a legendary Cuban woman—Evangelina Cisneros—who changed the course of history.

A feud rages in Gilded Age New York City between newspaper tycoons William Randolph Hearst and Joseph Pulitzer. When Grace Harrington lands a job at Hearst's newspaper in 1896, she’s caught in a cutthroat world where one scoop can make or break your career, but it’s a story emerging from Cuba that changes her life.

Unjustly imprisoned in a notorious Havana women's jail, eighteen-year-old Evangelina Cisneros dreams of a Cuba free from Spanish oppression. When Hearst learns of her plight and splashes her image on the front page of his paper, proclaiming her, "The Most Beautiful Girl in Cuba," she becomes a rallying cry for American intervention in the battle for Cuban independence.

With the help of Marina Perez, a courier secretly working for the Cuban revolutionaries in Havana, Grace and Hearst's staff attempt to free Evangelina. But when Cuban civilians are forced into reconcentration camps and the explosion of the USS Maine propels the United States and Spain toward war, the three women must risk everything in their fight for freedom.
Read More
"In this powerful, page-turner, Chanel Cleeton has interwoven the stories of three unforgettable historical women against the fiery backdrop of the Spanish-American war and the Cuban fight for freedom from the Spanish. Using the brave acts of real-life historical women as inspiration, The Most Beautiful Girl in Cuba shines the light on the fierce women who played a critical role in this important juncture in time -- women who are determined not to be forgotten."
—Marie Benedict, New York Times bestselling author of The Mystery of Mrs. Christie

“Cleeton always delivers! This time, with The Most Beautiful Girl in Cuba, a well-researched tale set against the backdrop of a newspaper war. With moguls determined to drag the United States into the conflict between Cuba and Spain, this novel's women--the reporter, the revolutionary, and the beauty--are all brought vividly to life in a lovingly rendered novel about the triumphs and tragedies of war.”
—Stephanie Dray, New York Times bestselling author of The Women of Chateau Layfayette

“Grace Harrington is my new favourite heroine. I was absolutely fascinated by the world of stunt girl reporters and newspaper wars that she throws herself into, just as I was equal parts enthralled and heartbroken by the story of Evangelina Cisneros, the most beautiful – and courageous – girl in Cuba. And how wonderful to meet another member of the Perez family – the plucky Marina, whose story intertwines with the other women's. Nobody writes about Cuban women – their lives, their loves and their bravery – like Chanel Cleeton does. A truly beautiful book.”
—Natasha Lester, New York Times bestselling author of The Paris Secret

“Historical fiction fans will love this novel and its perfectly detailed descriptions of a long-gone era. This is another slam-dunk from Cleeton.”
—Library Journal (starred review)

“An enchanting historical novel…. Cleeton skillfully brings off the three strong women’s heartbreaking stories with intriguing twists and turns and a delightful finale. With impeccable research and perfect pacing, Cleeton makes the most of her subject.”
—Publishers Weekly

“With a splash of romance and a healthy helping of history, this novel will be a hit for all collections.”
—Booklist

"A truly fascinating novel, layered with drama and danger in which Cleeton shines a light on Cuba's battle for independence through the voices of three dynamic women. As always, Cleeton writes with a passion for her subject that is evident on every page. The depth of her research, and the authenticity of her characters, ensures a wonderfully immersive and compulsive read."
—Hazel Gaynor, New York Times bestselling author of When We Were Young and Brave

"Chanel Cleeton uncovers a fascinating bit of little-known history about the Spanish-American War and delivers the real-life story of Evangelina Cisneros in glorious, page-turning detail. The events of her life stoked the circulation wars between Pulitzer and Hearst and highlighted the power of the press. Filled with rich historical facts and strong-minded female characters, you'll want to keep Google open to learn even more about Cuba’s struggle for independence. The Most Beautiful Girl in Cuba is Cleeton’s best book yet!”
—Renee Rosen, National bestselling author Park Avenue Summer

"Entertaining, educational, and deeply moving, The Most Beautiful Girl in Cuba is an unputdownable read—I couldn't get enough of the admirable women characters, the history, and the prevailance of romance and hope."
—Evie Dunmore, National bestselling author of A Rogue of One’s Own

“Chanel Cleeton’s latest page-turner braids together ambitious Gilded Age threads—the seamy world of yellow journalism, the drama of the Spanish-American War, and the meddling role of Society in the lives of women—with the lives of three memorable heroines whose intersecting paths to love and independence will keep you up late into the night.”
—Kerri Maher, Author of The Girl in White Gloves

“Once again, Chanel Cleeton brings Cuban history to vivid life in her captivating new novel, The Most Beautiful Girl in Cuba. Skillfully intertwining the lives of three women whose lives are irrevocably shaped by the Cuban War of Independence, Cleeton’s page-turning novel showcases the many ways that war can be waged - even by those who never lift a gun.”
—Bryn Turnbull, Author of The Woman Before Wallis

“Chanel's Cleeton new novel, The Most Beautiful Girl in Cuba, is a stunning achievement, her best so far, and that's saying a lot.”
—Jeanne Mackin, Author of The Last Collection

“Cleeton’s writing is crisp and she frees Cisneros’ character to purely translate her deepest emotions to the reader. This is an excellent work of historical fiction giving an excellent portrait of daily life and political turmoil in 1890s Cuba.”
—Currents Magazine

More Praise for the novels of Chanel Cleeton

"A thrilling story about love, loss, and what we will do to go home again. Utterly unputdownable.
—PopSugar

“You won't be able to put this one down.”
—Cosmopolitan

“With rich historical detail, incisive dialogue and a firebrand heroine, Cleeton paints a vivid portrait of a woman caught in the currents of a turbulent time yet determined to make her own way.”
—Shelf Awareness

“An exhilarating read with a fearless heroine.”
—Woman’s World

“Has sex, drama, suspense…and pairs perfectly with a mojito.”
—People

"A beautiful novel that's full of forbidden passions, family secrets and a lot of courage and sacrifice.
—Reese Witherspoon

“A sweeping love story and tale of courage and familial and patriotic legacy that spans generations.
—Entertainment Weekly

“This Cuban-set historical novel is just what you need to get that ~extra-summery~ feeling."
—Bustle

“Next Year in Havana reminds us that while love is complicated and occasionally heartbreaking, it's always worth the risk.”
—NPR

“Cleeton is skilled at immersing readers into the culture and the period of her stories while creating vibrant characters, especially women, in a fast-paced, thoroughly engaging read.”
—Denny S. Bryce, Author of Wild Women and the Blues
Read More 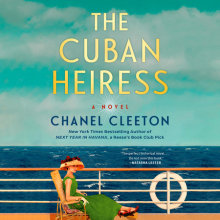 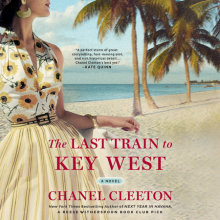