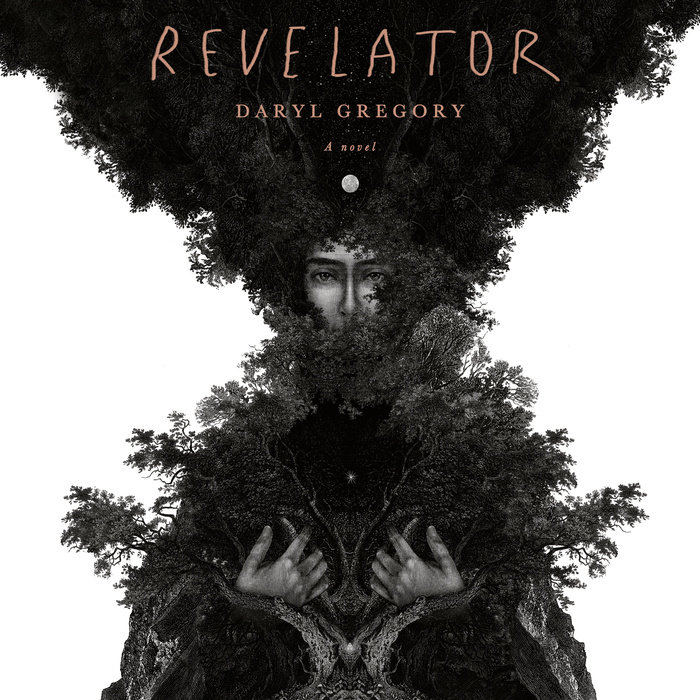 Written by: Daryl Gregory
Read by: Reagan Boggs
11 Hours and 36 Minutes Imprint: Random House Audio Genre: Fiction - Horror Release Date: August 31, 2021
ONE OF THE WASHINGTON POST'S BEST BOOKS OF THE YEAR • The dark, gripping tale of a 1930’s family in the remote hills of the Smoky Mountains, their secret religion, and the daughter who turns her back on their mysterious god—from the acclaimed author of Spoonbenders.

“Gods and moonshine in the Great Depression, written with a tenderness and brutality … this is as good as novels get.” —Stephen Graham Jones, author of The Only Good Indians

In 1933, nine-year-old Stella is left in the care of her grandmother, Motty, in the backwoods of Tennessee. The mountains are home to dangerous secrets, and soon after she arrives, Stella wanders into a dark cavern where she encounters the family's personal god, an entity known as the Ghostdaddy.

Years later, after a tragic incident that caused her to flee, Stella—now a professional bootlegger—returns for Motty's funeral, and to check on the mysterious ten-year-old girl named Sunny that Motty adopted. Sunny appears innocent enough, but she is more powerful than Stella could imagine—and she’s a direct link to Stella's buried past and her family's destructive faith.

Haunting and wholly engrossing, summoning mesmerizing voices and giving shape to the dark, Revelator is a southern gothic tale for the ages.
Read More

ONE OF THE WASHINGTON POST'S BEST BOOKS OF THE YEAR

“Revelator is a thing of beauty, brutal in the vein of Cormac McCarthy, a novel in the Southern Gothic tradition that is fresh and deeply disturbing.”
—Danielle Trussoni, The New York Times

“Revelator is a brisk work of Southern Gothic horror and an intriguing, female-centric portrait of a family in conflict. It’s funny, too . . . [Stella is] a complex character, a pleasure to follow for 300-plus pages . . . An intrafamilial battle ensues, fueling the book’s eventful closing chapters and solving some mysteries surrounding the god.”

“In Revelator, Gregory has constructed a twisty, unnerving story that reveals its secrets [judiciously] . . . [Gregory] has a talent for writing outcasts, for conjuring empathy and sympathy for those left to toil in the margins. That talent is certainly on display in Revelator, where it’s damn near impossible not to root for Stella but also for the family of choice she finds along the way . . . Revelator is a book of few heroes and many villains, but more than anything, it’s a book for the people — mostly women — who get caught in the path of both.”
—Nicole Hill, Tor Nightfire

“Daryl Gregory never fails to conjure a uniquely enthralling reading experience. With Revelator, he expertly mixes Tennessee bootlegging, the fervor of old time religion, and a new, hungry god in the mountain. Humane, heady, and thrilling, you'll believe in Revelator."
—Paul Tremblay, author of A Head Full of Ghosts and Survivor Song

“Gods and moonshine in the Great Depression, written with a tenderness and brutality only Daryl Gregory could have done—this is as good as novels get.”
—Stephen Graham Jones, author of The Only Good Indians

“Revelator is a brilliant, dark examination of glorious horror and horrific glory. A monstrous, hypnotic tale of worship, devotion, and family secrets—I'll be thinking about this one for a long time.”
—Sarah Gailey, author of The Echo Wife

“Gregory has spun a strange, haunting tale about faith, greed, and power—and the families we choose and the ones we cannot escape. You won’t be able to put it down until you see what’s at the bottom of the cavern.”
—Peng Shepherd, author of The Book of M

“Daryl Gregory has gifted readers with a period horror novel that somehow feels completely modern, a fast-paced ghost train through a labyrinth of dark wonders. Revelator is the perfect autumn read for fans of the Southern Gothic and the Weird.”
—Shaun Hamill, author of A Cosmology of Monsters

“Gripping . . . Gregory’s novel is packed to the gills with action and suspense, and he has an enviable skill for characterization . . . The Smoky Mountains of Tennessee become a character as well, and Gregory writes about them beautifully. This is an excellent work of horror, perfectly structured and dark as a Tennessee night. Smart, original, and scary as hell.”
—Kirkus Reviews, starred

“Full of matter-of-fact descriptions of unthinkable horror, Revelator is both weird and wonderful . . . Revelator is full of surprises both fascinating and stomach-clenching . . . Revelator [serves] a slice of cold terror, paired with a view of humanity that is equal parts revelatory and humbling.”
—BookPage, starred

“An addictive tale of historical horror . . . Gregory ratches up the tension in stunning prose . . . a thrilling ride.”
—Publishers Weekly 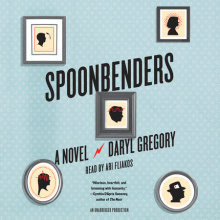