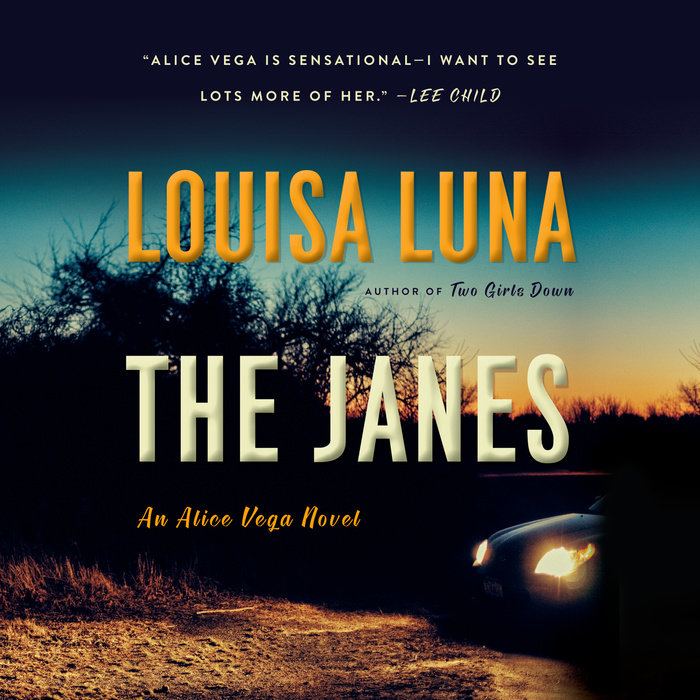 On the outskirts of San Diego, the bodies of two young women are discovered. They have no names, no IDs, but one of the Jane Does holds a note bearing the name, “Alice Vega.” The police and FBI reach out to Vega, a private investigator known for finding the missing. Fearing the possibility of a human trafficking ring, Vega enlists the help of her one-time partner, former cop Max “Cap” Caplan.

Despite a case with so few leads, Alice Vega is a powerful woman whose determination is matched only by her intellect, and, along with her partner Cap, she will stop at nothing to find the Janes’ killers before it is too late.

Louisa Luna is writing new classics of crime fiction, and her partnership of Vega and Cap is rightfully joining the pantheon of the most memorable thrillers.
Read More
"I am really into thrillers/mysteries because they are propulsive and go down easy, but I am especially into the ones where you get sucked into the personal lives of the crime solver. . . I would read Louisa Luna’s grocery lists if she published them." —Sam Irby, Vulture

“PI Alice Vega is nothing less than an utterly compelling protagonist in her second case (after Two Girls Down, 2018), which resumes her remarkable partnership with fellow PI Max Caplan. . . A somewhat Shakespearean ending satisfies with triumphant women standing strong on a stage littered with battered villains.” —Booklist, starred review

“Luna skillfully balances tragedy and humor throughout, via blood-pressure-raising fight scenes and stressful suspense, plus hints of romantic tension between Vega and Cap. She also offers a fascinating and disturbing look at how a criminal enterprise might work, pulling in various complex threads while crafting a story that’s wholly believable and sad. The Janes is a superbly entertaining read, especially for readers who are already fans of the amazing Vega, whose Jack Reacher-esque sense of justice offers reassurance that, no matter how long it takes, no bad deed will go unpunished.” —BookPage

“The Janes has everything—a plot ripped from the headlines and darkly twisted, explosive action, original characters, a dash of humor, and memorable settings. The story grabs the reader like a steel band of cold tension tightening with each new development. Investigators Alice Vega and Max Caplan deserve a long career with many more cases ahead.” —Anne Hillerman, author of the New York Times best-selling Leaphorn, Chee & Manuelito mysteries

“The Janes is a timely, gripping thriller with an ending that will leave you utterly satisfied but wanting more of Alice Vega. Get to know her now, because she and her partner, Max Caplan, will be around for the long haul.”—Alafair Burke, New York Times bestselling author of The Better Sister

"Thrilling. . .[Luna's] novels have established her as a powerful up-and-coming voice in the genre, and we can't wait to see what she does next." —Crime Reads

“Packed with thrills and heartache, The Janes kept me up way past my bedtime to see what rule-bending, jaw-breaking, no-fools-suffering P.I. Alice Vega would do next in her relentless pursuit of justice for the victims of a border sex trafficking ring. An absolutely rip-roaring read from a fantastic talent.”—Amy Gentry, bestselling author of Good as Gone

“What starts as a straightforward, if extremely challenging, assignment—figuring out who killed two barely teenage Latina Jane Does and dumped them in the San Diego, Calif., area—quickly turns treacherous for PIs Alice Vega and Max Caplan in Luna’s gripping sequel to 2018’s Two Girls Down. . . Plunging the now-rogue team into a perilous sprint to stay one step ahead. . .as they race to unravel a plot as dark and twisted as one of the tunnels [used] for smuggling between Mexico and the U.S. . .This dynamic duo has a long run.”—Publishers Weekly 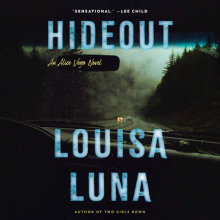 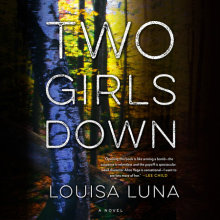