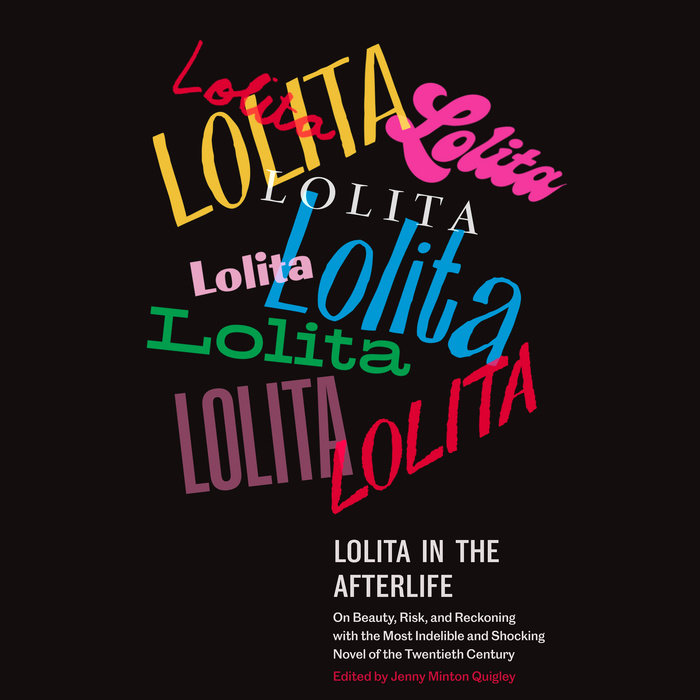 Read by: Rebecca Lowman, Marisol Ramirez, Paul Bellantoni, Vikas Adam & Various
Edited by: Jenny Minton Quigley
13 Hours and 28 Minutes Imprint: Random House Audio Genre: Literary Criticism - Modern - 20th Century Release Date: March 16, 2021
In 1958, Vladimir Nabokov’s Lolita was published in the United States to immediate controversy and bestsellerdom. More than sixty years later, this phenomenal novel generates as much buzz as it did when originally published. Central to countless issues at the forefront of our national discourse— art and politics, race and whiteness, gender and power, sexual trauma—Lolita lives on, in an afterlife as blinding as a supernova. With original contributions from a stellar cast of prominent twenty-first century writers and edited by the daughter of Lolita’s original publisher in America, Lolita in the Afterlife is a vibrant collection of sharp and essential modern pieces on this perennially provocative book.

"An engrossing collection of smart and thoughtful essays. . . . A number of books about Nabokov and Lolita have been published in the last few years, but Lolita in the Afterlife seems to be the first to wholly reassess the work’s legacy as our society grapples with the harm caused by white male privilege and the age-old propensity to look the other way. All tallied, the book’s 30 essays (as well as Quigley’s own incisive introduction) are, by necessity, contradictory, bracing, uncomfortable, thought provoking, informative, entertaining and, in the end, inconclusive—not unlike Lolita itself."
—BookPage

"In the six decades since its publication, Vladimir Nabokov’s Lolita continues to fascinate and disgust. Editor Quigley’s father took the risk in 1958 of publishing Lolita in the United States despite backlash and censorship threats. The 30 essays in this work present various aspects of Lolita, including a profile of the showgirl who first introduced the book to the American publishing world, its two film adaptations, its influence on modern music, and online message boards devoted to “nymphet culture” inspired by the novel. . . . The superb essays found in this book demonstrate the enduring impact of this novel. Highly recommended for readers interested in Lolita and Nabokov."
—Library Journal (starred review)

"A sparkling collection of essays about the controversial novel. Lolita is personal for Minton Quigley, a writer, editor, and daughter of Walter Minton, the Putnam president who first published the novel in the U.S. in 1958. . . . A compendious, wide-ranging collection of sharp, thoughtful essays."
—Kirkus Reviews (starred review)

"Jenny Minton Quigley brings together many of the most accomplished scholars of today in her new collection dedicated to deciphering the long-term impact of the 20th century’s most controversial novel. Featuring essays from Sarah Weinman, Roxane Gay, Kate Elizabeth Russell, and many more, Lolita in the Afterlife is a thoughtful new addition to Nabokov scholarship that reaches deep into the American psyche."
—Crime Reads
Read More