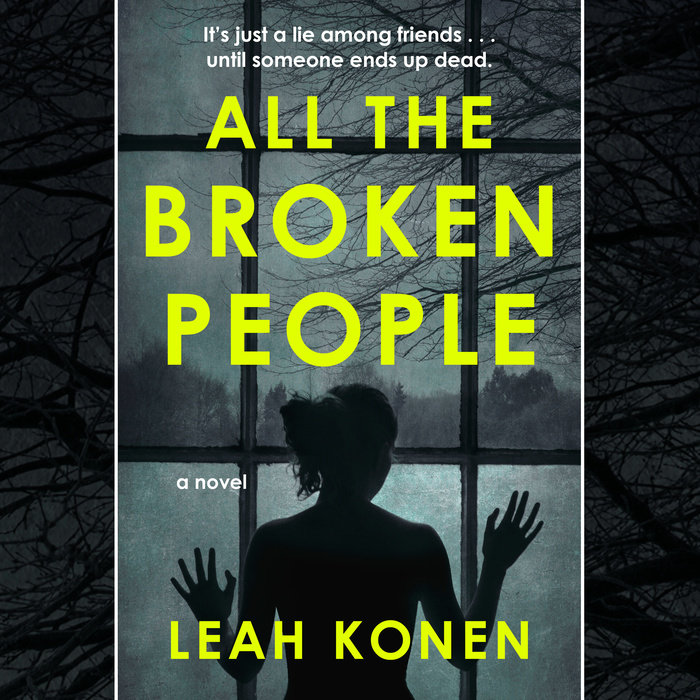 Written by: Leah Konen
Read by: Jesse Vilinsky
12 Hours and 48 Minutes Imprint: Penguin Audio Genre: Fiction - Thrillers - Domestic Release Date: June 30, 2020
A woman in search of a fresh start is about to get more than she bargained for in this twisty and addictive domestic thriller for fans of The Couple Next Door.

Fleeing Brooklyn with little more than a suitcase and her trusty dog, Lucy King heads to rustic Woodstock , New York, eager to lose herself in a quiet life where her past can never find her. But when she meets Vera and John, the alluring couple next door, their friendship proves impossible to resist. Just as Lucy starts to think the worst is behind her, the couple delivers a staggering bombshell: they, too, need to escape their troubles--and the only way they can begin their new life is if Lucy helps them fake John's death.

Afraid to lose her newfound support system, Lucy reluctantly conspires with them to stage an "accidental" death on a hike nearby. It's just one little lie to the police, after all, and she knows a thing or two about the importance of fresh starts. But what begins as an elaborate ruse turns all too real when John turns up dead in the woods the morning after their hike. Now, Lucy must figure out who she can trust and who's pulling the strings of her tenuous new life . . . before she takes the fall for murder.
Read More
A Marie Claire Best Beach Read + Most Anticipated Book of 2020
A Rolling Stone Summer Thriller pick
A Charlotte Observer Summer Reading pick
One of SheReads Summer's Hottest Thrillers

“Even the biggest thriller fan will struggle to guess the ending of this twisty, gorgeously written debut.”—Rolling Stone

"Skillfully captures the unnerving tensions that come with building your chosen family while never knowing quite who to trust."—Marie Claire

"Will keep you reading all night long to see what happens when starting over means ending it all."— SheReads

“A fast-paced, unputdownable roller-coaster of a read sure to appeal to fans of Gillian Flynn or Paula Hawkins."—Library Journal

"A steady narrative draws the reader into Lucy’s anxiety, and what might seem an implausible story is made believable by intricate plotting, culminating in a didn’t-see-that-coming conclusion. Perfect for millennial fans of domestic thrillers."—Booklist

“Konen should win a new set of fans with this domestic thriller.“—Publishers Weekly

"Konen proves herself a master of weaving webs that slowly contract, strangling characters in the threads...A swift, compelling thriller with unexpected swoops and swerves."—Kirkus Reviews

"Leah Konen’s All the Broken People is remarkably insidious. Puts a sick smile on your face. Extremely readable."—Caroline Kepnes, New York Times bestselling author of You

"It's rare that a novel keeps me guessing until the very last page—but All the Broken People delivers in a big way. If you crave an escape from the real world, this is the book for you. It's absolutely terrific."—Sarah Pekkanen, New York Times bestselling coauthor of The Wife Between Us

"All the Broken People reads like the best Hitchcock film never made....Konen keeps the earth shifting beneath you as she expertly cranks up the suspense with a cast of characters as quietly slippery as they are intriguing and then, once she's you're on the edge of your seat with tension and unease, the twists keep on coming right up to the final page. I read it in one sitting. An assured and astonishing debut from an author destined to become a big name in thriller fiction."—Sarah Pinborough, New York Times bestselling author of Dead to Her

“All the Broken People hooked me from the start. This book has everything-engaging characters, a unique story, and an ending that will blow you away.”—Samantha Downing, bestselling author of My Lovely Wife

"I love Konen's writing style—All the Broken People is super pacy and whizzes you along—before you know it, the minutes have turned into hours! I couldn’t put it down until I knew how it ended."—Sandie Jones, New York Times bestselling author of

"Leah Konen hits it out of the park with her debut suspense, All the Broken People, in which a faked death goes horribly awry. Konen delivers with Lucy, who escapes to rustic Woodstock for a fresh start, only to discover her new neighbors are harboring disturbing secrets of their own. A sly, up-all-night thriller that ends with a surprising bang."—Kimberly Belle, internationally bestselling author of Dear Wife

"This fast-paced but nuanced thrill ride grabbed me on the first page and didn't let go. With spare, haunting prose, a tense and richly wrought setting, intricate plotting, and twists that would make Hitchcock himself gasp, All The Broken People is a masterful debut. Thriller fans, meet your new favorite author."—Andrea Bartz, author of The Lost Night 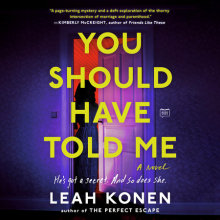 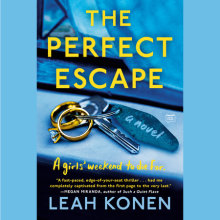