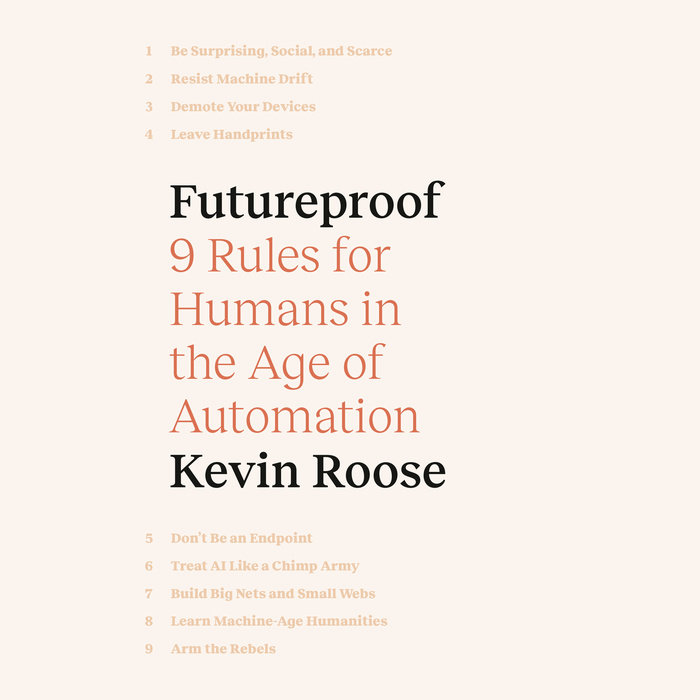 “While we need to rewrite the rules of the twenty-first-century economy, Kevin’s book is a great look at how people can do this on a personal level to always put humanity first.”—Andrew Yang

“A clear, compelling strategy for surviving the next wave of technology with our jobs—and souls—intact.”—Charles Duhigg, author of The Power of Habit

The machines are here. After decades of sci-fi fantasies and hype, artificial intelligence has leapt out of research labs and Silicon Valley engineering departments and into the center of our lives. Algorithms shape everything around us, from the news we see to the products we buy and the relationships we form. And while the debate over whether or not automation will destroy jobs rages on, a much more important question is being ignored:

What does it mean to be a human in a world that is increasingly built by and for machines?

In Futureproof: 9 Rules for Humans in the Age of Automation, New York Times technology columnist Kevin Roose lays out a hopeful, pragmatic vision of how people can succeed in the machine age by making themselves irreplaceably human. He shares the secrets of people and organizations that have survived technological change, and explains how we can protect our own futures, with lessons like

• Do work that is surprising, social, and scarce (the types of work machines can’t do).
• Demote your phone.
• Work near other people.
• Treat A.I. like an army of chimpanzees.
• Add more friction to your life.

Roose rejects the conventional wisdom that in order to compete with machines, we have to become more like them—hyper-efficient, data-driven, code-writing workhorses. Instead, he says, we should let machines be machines, and focus on doing the kinds of creative, inspiring, and meaningful things only humans can do.


* This audiobook edition includes a downloadable PDF that contains the Appendix and Reading List from the book.
Read More
“Artificial intelligence—and robots themselves—can be terrifying, but Kevin Roose provides a clear, compelling strategy for surviving the next wave of technology with our jobs—and souls—intact. Whether you’re an optimist or a pessimist about the future, Futureproof is the survival guide you need.”—Charles Duhigg, author of The Power of Habit

“Tech companies are changing the way we live, but no one is in charge of making sure that technology is improving lives. While we need to rewrite the rules of the twenty-first-century economy with solutions powerful enough to deal with this change, Kevin Roose’s book is a great look at how people can do this on a personal level to always put humanity first.”—Andrew Yang

“While I think that Skynet is still going to send the Terminator back to try to kill humanity someday, it’s worth your time and attention—if that is still a thing in the addled Internet age—to read Kevin Roose’s bracing book now. Why? Because it’s a primer on the future and how to deal with the incoming today, from AI to automation to robotics and more, by using the tools of creativity and just being human. Whether the digital threat comes from a cybernetic organism from 2459 arriving in a big ball of lightning or from that innocent-looking mobile supercomputer in your hand, I do know that you need to prepare for the next tech age. And there’s no better way to do it than to futureproof yourself by letting Roose show you how.”—Kara Swisher, co-founder of Recode, host of the podcasts Recode Decode and Pivot, and a New York Times contributing opinion writer
Read More 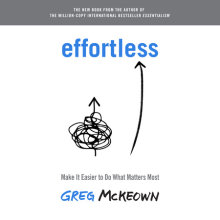 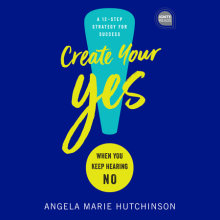 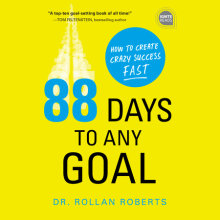 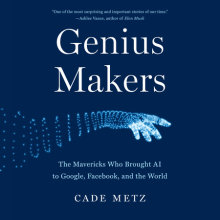