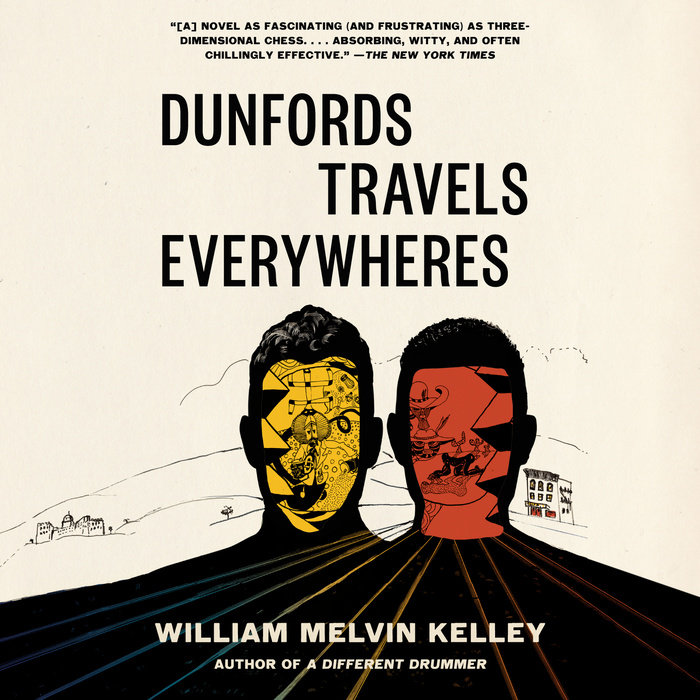 "[A] lost giant of American Literature." —The New Yorker

Or just along with Chig Dunford, product of Harlem and private schools, on the circular voyage of self-discovery that takes him from Europe's Café of One Hand to Harlem's Jack O'Gee's Golden Grouse Bar & Restaurant.

Beginning on an August Sunday in one of Europe's strangest cities, Dunfords Travels Everywheres but always returns back to the same point—the "Begending"—where Mr. Charcarl's dream becomes Chig Dunford's reality (the "Ivy League Negro" in the world outside the Ivory Tower).

“Among the most innovative and exciting novelists in the history of international literature, the opportunity to honor William Melvin Kelley with the American Book Award is a great privilege. Before Columbus Foundation is elated to welcome his work back into print, thanks to Anchor Books. It is a unique thrill to see Dunfords Travels Everywheres now illustrated in it’s new edition by Aiki Kelley, whom we also honor with this year’s Award. The majesty of William Melvin Kelley’s vital contribution to international letters remains urgent and evermore medicinal in its cosmic scope and unifying embrace. The total arc and panorama of human experience, embodied in the mythologies we share from antiquity to the present are fully illuminated in William Melvin Kelley’s artistry. An absolute virtuoso of the language, with Dunfords Travels Everywheres, William Melvin Kelley ignites the spiritual imagination, reviving and resuscitating images of our journey with wit and grace. His masterwork is truly a wonder to behold. Vivid, charismatic, mercurial, musical, Dunfords Travels Everywheres stands as one of the great contributions to the art of the novel. Laughing to keep from crying, living life not dying, this new illustrated edition sings a joyous, uplifitng song.” —Justin Desmangles, citation from the American Book Award
Read More
"[A] lost giant of American Literature." —The New Yorker