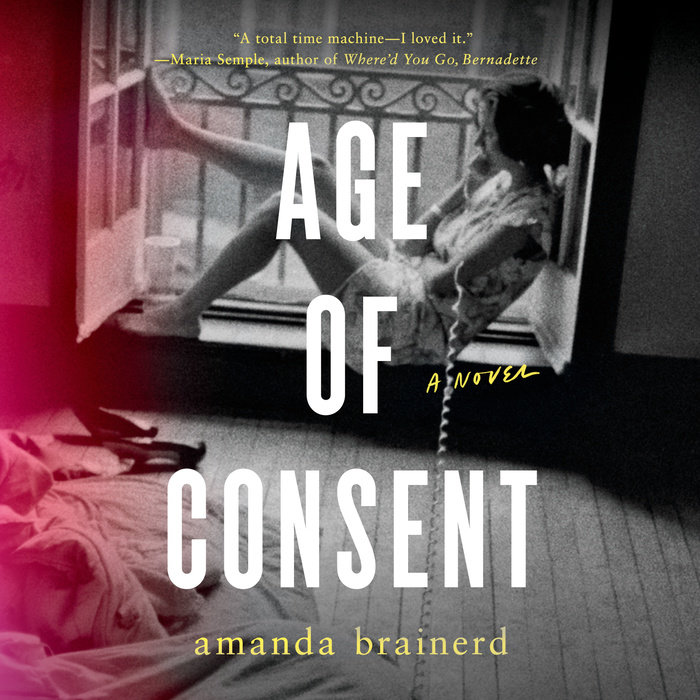 Named One of the Best Books of the Summer by Good Morning America, Cosmopolitan, Harper's Bazaar, and PopSugar

It's 1983. David Bowie reigns supreme, and downtown Manhattan has never been cooler. But Justine and Eve are stuck at Griswold Academy, a Connecticut boarding school. Griswold is a far cry from Justine's bohemian life in New Haven, where her parents run a theater and struggle to pay the bills. Eve, the sophisticated daughter of status-obsessed Park Avenue parents, also feels like an outsider amidst Griswold's preppy jocks and debutantes. Justine longs for Eve's privilege, and Eve for Justine's sexual confidence. Despite their differences, they form a deep friendship, together grappling with drugs, alcohol, ill-fated crushes, and predatory male teachers.

After a tumultuous school year, Eve and Justine spend the summer in New York City where they join Eve's childhood friend India. Justine moves into India's Hell's Kitchen apartment and is pulled further into her friends' glamorous lives. Eve, under her parents' ever-watchful eye, interns at a SoHo art gallery and navigates the unpredictable whims of her boss. India struggles to resist the advances of a famous artist represented by the gallery. All three are affected by their sexual relationships with older men and the power adults hold over them, even as the young women begin to assert their independence.

A captivating, timeless novel about friendship, sex, and parental damage, Amanda Brainerd's Age of Consent intimately evokes the heady freedom of our teenage years.
Read More
"A breathless time capsule of a book, Age of Consent is a coming-of-age period piece that feels very much of the now."
—Harper’s Bazaar

"It's 1983, and best friends Justine and Eve want out of their miserable lives at their Connecticut boarding school, Griswold Academy. They soon find escape as they spend the summer in New York City to join Eve's childhood friend, India. All three then find themselves grappling with the power adults, like their parents, have over them."
—Cosmopolitan

"This novel about close high school friends takes place in the early 1980s. It follows two girls from their posh Connecticut boarding school to the super cool streets of Soho in Manhattan. As the teens engage with older men and try to parse out their identities amid the art scene, they have to cope with their parents and their own coming-of-age in an alternative, gripping way that will make you want to blast some David Bowie -- and hold your own teens tight."
—Zibby Owens, Good Morning America's "25 Novels You'll Want to Read This Summer"

"What a perfect summer book about all the things I love reading about: namely, young women coming to terms with themselves, their friendships, and their desire. And set in the 80s no less! I love being placed so firmly in this time of New York: Bowie, and grittiness, and a kind of freedom that is rarely allotted to teenagers these days, but was once taken for granted. . . . But even if things have changed since the 80s, much still remains the same: the reliance on deep friendships, the joy of a city at night, and the deep urge for experience, and more life."
—Julia Hass, Lit Hub’s “Most Anticipated Books of 2020, Part 2”

"The New York of the 1980s comes to life in Amanda Brainerd's coming of age tale Age of Consent. The novel follows three female friends as they explore their sexuality, navigate their first jobs, and deal with the ramifications of relationships with older men."
—PopSugar's “30 Best New Books to Dive into This Summer”

“Amanda Brainerd’s brilliant Age of Consent isn’t just a coming of age novel. . . . It is also a gorgeous, rancid, luxurious snapshot of a type in America when helicopter parents didn’t exist and dance clubs in NYC cared more about the fame of the clientele than their age. . . . Age of Consent is a dark and beautiful book for anyone who remembers the hope and terror of being sixteen.”
—San Francisco Book Review

"An engrossing page-turner of a story about a closely knit group of friends coming of age in a world of wealth, recreational drugs, and dysfunctional parenting, set among the verdant lawns of a Connecticut boarding school and the art scene and seedy digs of downtown New York."
—Avenue Magazine

"A bracing, full-throttle dive into female coming-of-age in 1980s New York City. . . . As haunting and nostalgic as a sepia-toned photograph. . . . Age of Consent reveals the vulnerable, human heart at the center of a place and time cloaked in addiction, neglect and regret."
—Shelf Awareness for Readers

“Brainerd eloquently captures the struggles of her teenage characters while simultaneously providing insight into their screwed up parents. Familiar, funny, and totally unforgettable.”
—Molly Jong-Fast, author of The Social Climber’s Handbook

"Bracing . . . engaging . . . well written . . . On the surface, Brainerd’s tale is a nostalgic trip into the early 1980s, including an inspired evocation of the Downtown art scene, but her teenage characters make the greatest impact. The takes on parental neglect and the ways young women are taught to see sex as transactional make this more than a throwback."
—Publishers Weekly

“Heady and atmospheric, Brainerd's debut weaves the energy of glamorous, arty, and treacherous Manhattan into the coming-of-age dramas of her three adventurous heroes.”
—Booklist

“A powerful, wildly entertaining story of friendship and identity set against the backdrop of the early 80’s, an era which has uncanny parallels to today. Brainerd brilliantly captures the struggles of young women trying to find their way in a time when their parents and role models are in deep crisis. Age of Consent is both a juicy page turner and a haunting, personal portrait of an era.”
—Aline Brosh McKenna, screenwriter of The Devil Wears Prada and co-creator of Crazy Ex-Girlfriend

“A witty, perceptive, and compulsively readable book about the cool girls I'd wish I'd been in high school.”
—Patricia Marx, New Yorker staff writer and author of Him Her Him Again The End of Him

“In her striking debut, Amanda Brainerd conjures a cast of vibrant and troubled young characters who find themselves thrown into an adult world of money, treachery, and sexual politics.  She captures the raw and painful tangle of female adolescence with emotional honesty and precision.  Set in the 1980s, a tumultuous Age of Consent, and brimming with evocative detail, the story travels across the glittering and gritty landscapes of an elite boarding school and New York City, leading its vulnerable protagonists to the discovery that charmed lives often hide the most dangerous circumstances.”
—Jane Mendelsohn, author of I Was Amelia Earhart