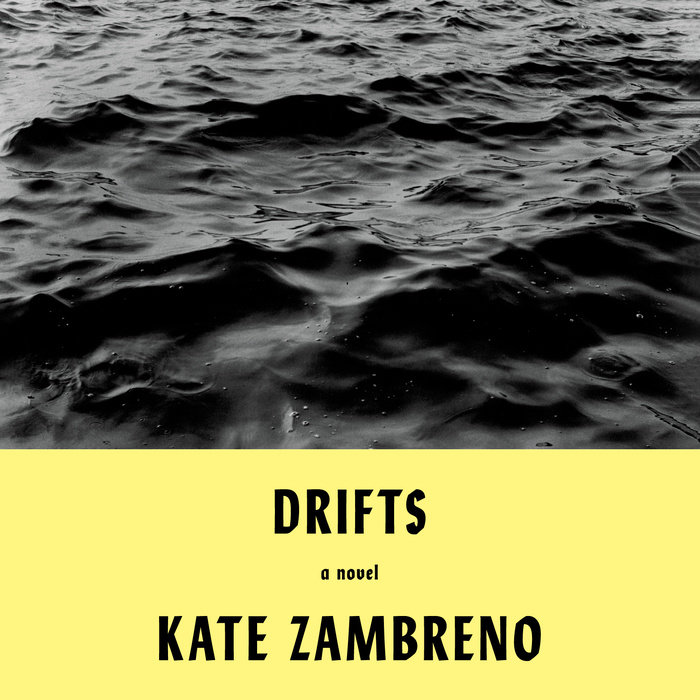 Named a Best Book of the Year by The Paris Review, Elle, Harper's Bazaar, Esquire, Vulture, and Refinery29

“Reading all Zambreno feels like the jolt one gets from a surprise cut or burn in the kitchen, that sudden recognition that you’re in a body and the body can be hurt.” —Alicia Kennedy, Refinery29

Haunting and compulsively readable, Drifts is an intimate portrait of reading, writing, and creative obsession. At work on a novel that is overdue, spending long days walking neighborhood streets with her restless terrier, corresponding ardently with fellow writers, the narrator grows obsessed with the challenge of writing the present tense, of capturing time itself. Entranced by the work of Rainer Maria Rilke, Albrecht Dürer, Chantal Akerman, and others, she photographs the residents and strays of her neighborhood, haunts bookstores and galleries, and records her thoughts in a yellow notebook that soon subsumes her work on the novel. As winter closes in, a series of disturbances—the appearances and disappearances of enigmatic figures, the burglary of her apartment—leaves her distracted and uncertain . . . until an intense and tender disruption changes everything.

A story of artistic ambition, personal crisis, and the possibilities and failures of literature, Drifts is the work of an exhilarating and vital writer.
Read More
Praise for Drifts:

“[Drifts] captures the fitful stops, starts, shame, joy, and boredom that go into creating a work of art.” —The Paris Review

“Mesmerizing . . . Zambreno’s persona on the page is a tracker of moods and feelings that resist being stuffed and mounted with words.” —The New Yorker

“Drifts is a dazzling and enjoyable book. Kate Zambreno has invented a new form. It is a kind of absolute present, real life captured in closeup. I've never read truer pages on the subject of pregnancy.” —Annie Ernaux, winner of the Nobel Prize in Literature

“As embodied as novels come, practically vibrational as its narrator snatches her ideas out of the air and turns them into, well, ‘Drifts.’” —Los Angeles Times

“A stunning book that shows how life can be pregnant with possibility, even and especially when we feel isolated. . . . With the melancholic splendor of its prose, Drifts is the perfect book for the moment we’re living in.”  —The Boston Globe

“Zambreno’s charm and wit dance off the page. . . . Intimate, fiercely intelligent, and reliably provocative, Drifts is Zambreno at her best.”  —Kristen Iversen, Refinery29

“The perfect reading for this isolated, indeterminate time.” —Elle

“This feverish account of artistic isolation can be read as both a how-to manual and a chilling warning about the dangers of walling yourself off. . . . A window into an anxious, lonely soul.” —The Must List, Entertainment Weekly

“Intricate and finely tuned . . . There’s an improvisatory quality to the text, like a wet-painted brushstroke. . . . Brilliantly evokes a hazy state of self-isolation.”  —Kyle Chayka, The New Republic

“Zambreno has been putting out smart, underrecognized novels for a decade . . . [Drifts is] a creation story that ably leaves in the in-between bits, drawing a startlingly accurate account of what it means to be in the process of writing while barely putting words to paper.” —Vulture

“A genre-defying diary of everyday textures . . . [Drifts] charts the search for a new genre, a search that Zambreno has been pursuing her whole career.” —Los Angeles Review of Books

“Marvelous . . . . abundantly productive and imaginative . . . unspools as coolly as ribbon in the wind.” —The Rumpus

“Sublime new fiction [from] one of our most formally ambitious writers . . . Give yourself over to the undulant music of this bold novel, and let yourself be buffeted along on the restless journey of the narrator’s creative awakening.” —Esquire

“Zambreno’s approach is not just a flex, it’s a quiet revolution. . . . by using her powers to describe, and thereby elevate, early motherhood, she produces a new kind of criticism that integrates the creation of life with the creation of art.” —Electric Lit

“A timely chronicle of loneliness . . . Its protagonist feels like a sympathetic comrade for any woman who is unravelling slightly within four walls right now.” —Dazed

“It is thrilling to see Zambreno at such a creative peak. . . . [Drifts] is hypnotic and contemplative, a magnetic novel that both surprises and puts us in a trance.” —Chicago Review of Books

“Zambreno captures the mind-bending experience of being a body moving through space and time, lurching after stability, teetering down urban and memory alleyways in search of a place to fix one’s quivering body and mind.” —Lit Hub

“A lyrical, fragmentary, and heartfelt story about the beauty and difficulty of artistic isolation.” —Kirkus Reviews (starred review)

“Immersive [and] exciting . . . a captivating deconstruction of the writer’s process that will reward readers in search for meaning.” —Publishers Weekly (starred review)

“Zambreno is perceptive, funny, and spellbinding as she reflects on and dramatizes the infinite complexities of womanhood and creativity.” —Booklist

“Drifts gathers up multiple ways of seeing, feeling and understanding, layering fiction, meditation, biography, confession and prose poetry into one capacious structure. This is an extraordinary book.” —Margo Jefferson, author of Negroland

“A spirited, shape-shifting read that is by turns insightful, intimate, speculative, and mischievous. In her search to uncover the form's rich potential, Zambreno is unafraid to show us what she too is made of.” —Claire-Louise Bennett, author of Pond

“Kate Zambreno’s writing is mysterious, unclassifiable, and yet intimate and familiar too. Reading her is like looking through a kaleidoscope—the world is at once more beautiful and more terrifying.” —Jenny Zhang, author of Sour Heart

“Ravishingly intense and tender[,] an intimate portrait of the mind of a writer on the verge of disappearing. . . . Utterly original, transfixing, infectious. . . . I couldn’t put it down.” —Azareen Van der Vliet Oloomi, author of Call Me Zebra
Read More 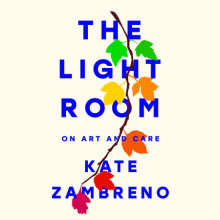 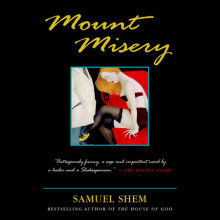