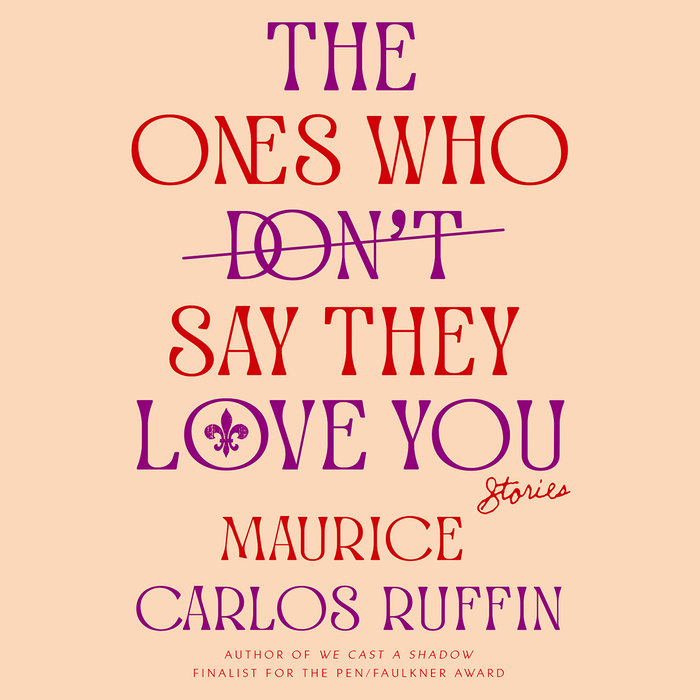 SHORTLISTED FOR THE ERNEST J. GAINES AWARD • LONGLISTED FOR THE STORY PRIZE • ONE OF THE BEST BOOKS OF THE YEAR—Garden & Gun, Electric Lit • “Every sentence is both something that makes you want to laugh in a gut-wrenching way and threatens to break your heart in a way that you did not anticipate.”—Robert Jones, Jr., author of The Prophets, in The Wall Street Journal

Maurice Carlos Ruffin has an uncanny ability to reveal the hidden corners of a place we thought we knew. These perspectival, character-driven stories center on the margins and are deeply rooted in New Orleanian culture.

In “Beg Borrow Steal,” a boy relishes time spent helping his father find work after coming home from prison; in “Ghetto University,” a couple struggling financially turns to crime after hitting rock bottom; in “Before I Let Go,” a woman who’s been in NOLA for generations fights to keep her home; in “Fast Hands, Fast Feet,” an army vet and a runaway teen find companionship while sleeping under a bridge; in “Mercury Forges,” a flash fiction piece among several in the collection, a group of men hurriedly make their way to an elderly gentleman’s home, trying to reach him before the water from Hurricane Katrina does; and in the title story, a young man works the street corners of the French Quarter, trying to achieve a freedom not meant for him.

These stories are intimate invitations to hear, witness, and imagine lives at once regional but largely universal, and undeniably New Orleanian, written by a lifelong resident of New Orleans and one of our finest new writers.
Read More
“Maurice Carlos Ruffin was born and raised in New Orleans, so the city’s quirks aren’t quirks to him. They’re just home. But then, Ruffin isn’t so much interested in New Orleans as he is in his fellow New Orleanians, which is to say his fellow humans—their frailties, struggles, furies, and heart strains.”—Garden & Gun

“In stories chock full of New Orleanian charm, Maurice Carlos Ruffin navigates the intricacies of a region while commenting on life more generally. This auspicious debut . . . is a spitfire of a collection.”—Electric Literature

“Sometimes a story—or any short piece of writing—can get by on the strength of a single scrap of language, be it an unusual description or surprising line of dialogue. In The Ones Who Don’t Say They Love You—which follows Ruffin’s novel We Cast A Shadow, a finalist for the PEN/Faulkner and the PEN/Open Book Awards—the writer traces the lives of a cast of characters living on the margins in his hometown of New Orleans.”—AV Club

“Ruffin turns his penetrating gaze on his hometown, the Big Easy, in a collection Publishers Weekly calls ‘a rich tour of hardscrabble New Orleans.’”—The Millions

“[There are] musical structures embedded in these intimate, often playful stories. The pieces function as movements on a theme, each touching different notes and neighborhoods. A sense of controlled improvisation allows him to lay claim to his city. . . . It makes his book achingly truthful and incredibly accessible.”—Los Angeles Times

“Maurice Carlos Ruffin’s debut novel We Cast a Shadow was an electrifying satire of American race relations, equally evocative of Ralph Ellison and Franz Kafka. If his collection wasn’t already on your must read list, ‘Beg Borrow Steal’—about a son tagging along as his recently incarcerated father looks for work—will put it there.”—The Chicago Review of Books

“Exuberant Short Stories About People Fiction Often Overlooks: The Ones Who Don’t Say They Love You by Maurice Carlos Ruffin”—Roxane Gay, in The Audacity

“The Ones Who Don’t Say They Love You is an ode to all that makes us human. Each story grabs your heart, squeezes the hell out of it, and then, somehow, makes it fuller. I couldn’t stop feeling. Ruffin is a writer whose work will make you a better person without your knowing it.”—Mateo Askaripour, author of Black Buck

“One of our great writers of place, Ruffin dazzles with this sonorous collection of deeply moving New Orleanian tales. Told with humor, insight, and radical empathy, these stories will linger in your heart and mind like the fading song of a brass band, vibrant and beautiful.”—Kali Fajardo-Anstine, author of Sabrina & Corina

“Some are funny, some poetic, others near heartbreaking, but the true hallmark Ruffin’s stories is an interest in what language can do. This is the work of a playful and exuberant writer who is always a joy to read.”—Rumaan Alam, author of National Book Award finalist Leave the World Behind

“Ruffin, more than any of the greats I read, searches for that idea, that style, that genre we think is impossible to do well, and he makes it look easy. What he is doing in these short stories is breathtaking. They are so singular and so reliant on each other for wholeness.”—Kiese Laymon, author of Heavy

“Ruffin takes readers on a rich tour of hardscrabble New Orleans in his bracing latest. . . . Fans of the author’s exceptional debut will want to take a look.”—Publishers Weekly
Read More