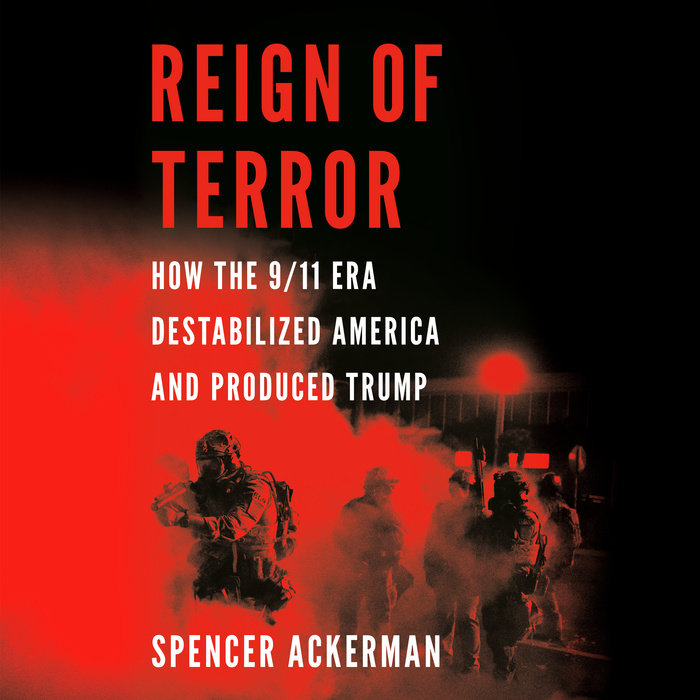 "An impressive combination of diligence and verve, deploying Ackerman’s deep stores of knowledge as a national security journalist to full effect. The result is a narrative of the last 20 years that is upsetting, discerning and brilliantly argued." —The New York Times

"One of the most illuminating books to come out of the Trump era." —New York Magazine

For an entire generation, at home and abroad, the United States has waged an endless conflict known as the War on Terror. In addition to multiple ground wars, the era pioneered drone strikes and industrial-scale digital surveillance; weakened the rule of law through indefinite detentions; sanctioned torture; and manipulated the truth about it all. These conflicts have yielded neither peace nor victory, but they have transformed America. What began as the persecution of Muslims and immigrants has become a normalized feature of American politics and national security, expanding the possibilities for applying similar or worse measures against other targets at home, as the summer of 2020 showed. A politically divided and economically destabilized country turned the War on Terror into a cultural—and then a tribal—struggle. It began on the ideological frontiers of the Republican Party before expanding to conquer the GOP, often with the acquiescence of the Democratic Party. Today’s nativist resurgence walked through a door opened by the 9/11 era. And that door remains open.

Reign of Terror shows how these developments created an opportunity for American authoritarianism and gave rise to Donald Trump. It shows that Barack Obama squandered an opportunity to dismantle the War on Terror after killing Osama bin Laden. By the end of his tenure, the war had metastasized into a bitter, broader cultural struggle in search of a demagogue like Trump to lead it.

Reign of Terror is a pathbreaking and definitive union of journalism and intellectual history with the power to transform how America understands its national security policies and their catastrophic impact on civic life.
Read More
Named a best nonfiction book of 2021 by The Washington Post and Foreign Policy

"An impressive combination of diligence and verve, deploying Ackerman’s deep stores of knowledge as a national security journalist to full effect. The result is a narrative of the last 20 years that is upsetting, discerning and brilliantly argued."
—The New York Times

"Ackerman displays a masterful command of facts."
—The Guardian

"A bracing chronicle of the war on terror and its corrosive effect on American democracy."
—Jamelle Bouie, The New York Times

“Those who blame former U.S. President Donald Trump for the United States’ current flirtation with authoritarianism should read Spencer Ackerman’s Reign of Terror, which looks at the profound impact the war on terror had on its democratic backsliding.”
—Foreign Policy, "The Best Books We Read in 2021"

“[Reign of Terror] has a percussive drive that makes it a bracing, infuriating read.”
—The Economist

"In the genre of books that seek to explain why we are in the mess we are in, Reign of Terror is a formidable entry. To those who want to portray Trump as wholly exceptional, and discontinuous with the recent past, the book is an essential corrective."
—The New Republic

"Reign of Terror ranks alongside Adam Serwer’s The Cruelty Is the Point as one of the most illuminating books to come out of the Trump era. Ackerman offers a persuasive, exhaustive accounting of a 20-year-old war and its authoritarian consequences."
—New York Magazine

"Reign of Terror is at its strongest when Ackerman recalls some of the outrages-of-the-week of the past 20 years, which may have faded from memory but feel portentous in retrospect. . . . The book compellingly argues that, the protestations of neoconservative Never Trumpers notwithstanding, Trump’s 'America First' doctrine was not a break from Bush’s 'freedom agenda'; it was its inevitable conclusion."
—Slate

"“The first major work to consider the War on Terror in its entirety, Reign of Terror documents the last 20 years of state-sponsored violence at a blistering pace, creating a near-constant cycle of recollection and frustration for the reader. Ackerman’s real achievement is a commitment to scale, an expansiveness that encourages readers to see the long view. . . . Ackerman has sketched a chilling first draft of this part of American history, and he has done so with an implicit challenge: how do we make it right?”
—Los Angeles Review of Books

“Even readers who think they already know all there is about the legacy of 9/11 will find Ackerman’s incisive book an eye-opening experience.”
—Variety

"Attempting the near impossible . . . Ackerman offers a book stuffed to the brim with details. . . . A deeper-than-headlines take. . . . This book does a masterful job communicating how nothing is as it seems."
—Booklist (starred review)

"Ackerman delivers a tour-de-force about the transformation of the United States in the two decades since the September 11 attacks, that thoroughly and comprehensively examines how the post-9/11 security state has engulfed society. . . . An essential work that encapsulates the trajectory of American politics in the first two decades of the 21st century, and the lasting impact on everyday life."
—Library Journal (starred review)

"Ackerman capably connects seemingly disparate elements without forcing issues so that readers will see how such matters as the Branch Davidian siege of 1993 helped fuel White supremacist movements today. . . . An intelligent, persuasive book about events that are all too current."
—Kirkus Reviews

"Spencer Ackerman’s brilliant, discerning Reign of Terror initiates the urgent process of truth and reconciliation with the ugly facts of a 'War on Terror' that condemned a young 21st century America to the darkness of a surveillance society driven by the militarization of everyday life and dependent upon surveillance capitalism for pervasive monitoring and control of people. Ackerman is at the top of his game, revealing with vivid detail, investigative force, and unswerving moral clarity how the reign of terror rained on us, replacing freedom with fear and neighborliness with suspicion, as it poisoned cherished principles, diminished rights, and weakened democratic institutions. Every citizen and lawmaker yearning for a joyful inclusive democratic future must confront this toxic legacy and its chokehold on our expectations and our politics. That journey begins here with this courageous, necessary book."
—Shoshana Zuboff, author of The Age of Surveillance Capitalism and Professor Emeritus, Harvard Business School

"Journalists are said to write the first draft of history and Spencer Ackerman has been one of the most important reporters in exposing the horrors, abuses and wars as they unfolded in the post-9/11 world. In Reign of Terror, Ackerman weaves together his groundbreaking reporting with a searing analysis of the consequences of waging borderless, global wars abroad and assaulting civil liberties at home."
—Jeremy Scahill, author of Blackwater and Dirty Wars

"America started the war on terrorism twenty years ago. It wound up at war with itself. Reign of Terror shows how the nation went down that road to hell. You've never read a book like it."
—Tim Weiner, Pulitzer Prize and National Book Award winning author of Legacy of Ashes

"Ackerman rivetingly shows how America's response to the 9/11 attacks turned presidents into kings, institutionalized cruelty, exacerbated racism, and made a continual state of terror the hallmark of our political culture. Reign of Terror is a profoundly valuable contribution to the historical record—and, let us hope, the opening chapter of a long-overdue national reckoning."
—Rick Perlstein, author of Reaganland and Nixonland

"Ackerman's Reign of Terror is breathtaking and essential. By connecting the threads of American exceptionalism, white supremacy and the War on Terror, Ackerman's book provides an invaluable lens to understanding the post-9/11 era, and the United States' violent embrace of torture, endless war and military occupations, presidential drone assassination hit-lists, and global mass surveillance"
—Laura Poitras, Academy Award and Pulitzer-winning filmmaker and journalist

On the Podcast: Spencer Ackerman, Carla Power, and Jonathan Knee